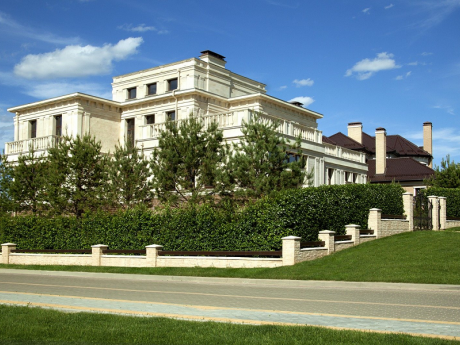 Objects from 50 to 60 million rubles

Began with a parade of duplex cottage (500 sq m) over 50.5 million rubles, and three-level cottage (602 sq m) for 51 million rubles, located on the territory of Istria. Both ready for finishing. House with attic in the settlement “Petrovskiy Park” (with the intersection of Riga highway and the Moscow Small ring) sold for 53 million rubles. On a plot of 27 acres is also a log guest house and a house with a swimming pool (under filled bowl). By Moscow standards it is the approximate budget apartments in premium residential complex “Saturday” (to 127.6 sq m) on Leningradsky Prospekt and City Park (163 sq m) of Park “Krasnaya Presnya”.

The object in the home with four bedrooms, terrace and garage for two cars and a land plot of 25 acres (the village of “the Cedars”) is already 55 million roubles. The cottage without finishing area of 490 sq. m in settlement “Millennium Park” is estimated at a million more. These funds would be enough to last to buy a one-bedroom apartment (89,7 sq. m) on the 56th floor of the multifunctional complex “Eye” (MIBC “Moscow-city”).

As in the lower price categories, in NIS 50-60 million lots of the same price can be from lots that vary greatly in size, the size of the area functional filling and remoteness from MKAD. So, for 58 million rubles available two-storey house made of timber (300 sq m) with 13 acres of land 23 km from Moscow, the same house, but with a plot of 11 acres (the area is an ornamental pond, gazebo and garden), located 9 km further and the cottage area of 650 sq. m with 24 acres of land in the club village Chateau Souverain (18 km from MKAD). In the center of Moscow with such a budget you can count on a two-bedroom apartment in “the House at Tishinka”.

Objects from 60 to 70 million rubles

Category of properties worth 60 to 70 million is remarkable that through it currently being the price border in $ 1 million , which is of great importance for the classification of luxury and premium offers.

60,6 million roubles is the price of a small castle with an area of 300 sq. m in already abominables settlement “Millennium Park”. 62 million roubles trichromacy cottage (24 km from MKAD, the village “knyazhye Lake”), which is positioned as a modern country estate, citing a mixture of classic pre-revolutionary samples. 66.3 million rubles (ie, the same $ 1 million ) — a stylish modernist mansion, one of the bedrooms which opens directly onto the landscaped garden. In addition, on the first floor (ceiling height — 8 m) is a living room with a fireplace. In a little less of the cost of the apartment 80,62 sq. m in a luxury residential Roza Rossa on Zubovskaya street (Khamovniki). Spacious two-storey house with half-timbered attic (six bedrooms, a study, a gym and a lounge with fireplace) on sale for 68 million rubles. And here is a large one bedroom apartment on the second floor of RC “Grand Deluxe at Plyushchikha” would require almost 70 million rubles.

Crossing the mark of 70 million is not reflected fundamentally on the dimensions and functionality of the object. So, house, 687 sqm, without finishing in the village of “Renaissance Park” with a plot of 20 acres sold for 71 million rubles. Comparable in performance proposal is presented and more accessible, and more expensive categories. In the settlement “Madison Park” residence (700 sq m) on the shore of the lake realized for 73 million roubles. Lot also includes a land area of 15 acres. As in the previous categories, there is the situation when the same budget have objects that vary on key parameters. House in 300 sq m and a plot of 11 acres on which landscape design will require the same check in 75 million roubles, just like this classic Villa with an area of 510 sq. m with a plot of 19 acres. In Moscow, a similar amount would give the opportunity to purchase apartments with an area of 93.9 sq m on the ground floor of the residential Ordynka.

One of the largest objects in the category of “70-80” is a two — storey house with attic “Knyazhye lake”. Its area is almost 1.4 thousand sq. m. total number of rooms approaching 50, including wine cellar, sauna, Hammam, massage room, office, 7 bedrooms (plus 2 in the unit for staff), a gallery and a terrace. To purchase the new owner will need 79 million. In Moscow there are some the houses of the elite and the premium, where for that amount you can buy a three or four-room apartment 150-160 sqm — Balchug Residence between Raushskaya and Sadovnicheskaya embankments, “Valley of the Setun” Mosfilm pond in Vorob’evy Gory or Royal House on Yauza in Tagansky district. On the market Novorizhskoe highway is very exotic and offer — next to the Picturesque Bay of the Moscow river (2 km from MKAD) exhibited the building, designed in the form of a medieval Japanese castle. However, the interior decor and finish is quite in line with modern design trends, and a gazebo with a Russian stove enhances the eclecticism of the house.

The majority of transactions in the primary market of Moscow, which occurred in the budgetary range of 80 to 90 million rubles, refer to the LCD “the Cherry orchard”, which is located near buildings “Mosfilm” in Ramenki. This amount, according to experts Urbanus.ru that would be enough to become the owner of two bedroom apartments ranging from of 112.2 to 124,4 sq. m. in addition, this category was recorded unit sales in the club house “Kutuzov XII” (Dorogomilovo) and the residential complex “Snegiri Eco” (Ramenki).

READ:  Question: is There an alternative to girlish grapes on the facade

On Novorizhskoye highway, the proposal is much more diversity. Stylish building with a minimalist facade on a well maintained plot of 29 acres for sale with price 80,6 million. Owner spacious (420 sq ft) two-storey cottages within 25 km from MKAD expects to gain for him the 82.9 million. The budget of the mansion in the style of a Mediterranean Villa, is 85, 1 million. A distinctive feature of the house is the presence of roofs. One of the most interesting variants — eco-friendly residence complex in the limes (27 km from MKAD). The main house was built of pine logs manual tesa branded and furnished with oak furniture. In the area (54 acres) grow relict oaks and Linden trees, Dating from the XVII century. Also on the estate there is a log sauna with a wood stove and two-story guest house from a bar. The value of the object identified in 90 million roubles.

Objects from 90 to 100 million rubles

Crossing the mark of 90 million rubles does not affect the pool deals in construction of residential complexes in Moscow. The only difference is the increased (approximately 10%) the square footage of apartments in the residential complex “Cherry orchard.”

In the segment of finished housing, the buyer is faced with a dilemma: the house without finishing area of 1.5 thousand square meters in 19 km from Moscow (settlement “Residence Benelux”) for 92,9 million roubles, furnished cottage 600 sq m in the urban area of Krasnogorsk for 91,6 million rubles, or two-bedroom apartment (159 sq m) in the residential complex Barrin House in Malaya Pirogovskaya street (next to the manor Trubetskoys) for 93.9 million rubles.

In this section, there are relatively compact objects. In the settlement “Arkhangelskoe-2” (9 km from MKAD) is presented cottage with an area of 300 sq m on the first line from the forest. It has dining room, a sauna and four bedrooms. The site includes a two car garage and open guest Parking for three cars. The price indicated in the announcement — 95.5 million rubles.

25 km from the Moscow ring road for sale three-storey house with panoramic Windows and two large terraces — one of them built on the first floor level and under-equipped barbecue area, other (211,7 sq. m) occupies a large part of the roof. To this must be added a plot of 18 acres. The price of the lot reaches 99 million rubles. The alternative can serve as a two-bedroom apartment (112,9 sq. m) in “Stars of the Arbat” (between Novinsky Boulevard and Smolenskaya embankment).

The final part of the material will be dedicated to lots more than 100 million rubles, which is abundantly represented on the price card as Novorizhskoe highway, and the Central districts of Moscow. 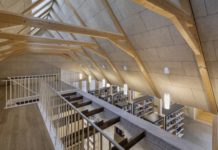 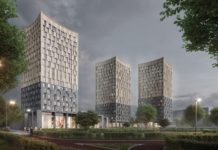 Tropical sketches in a small apartment in Moscow (57 sq m)

Budget but bright and stylish: the family home of designer in Texas