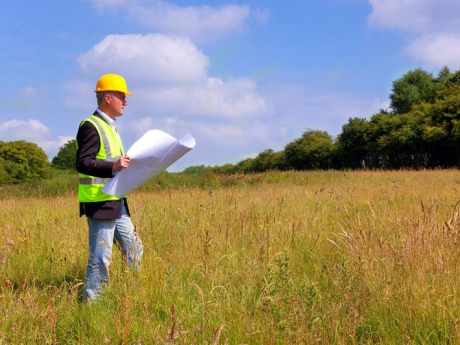 In Russia there is a practice of seizure of land and located on them buildings from private individuals in favor of the state. What everyone should know that his property did not fall under such procedure, or if the thunder still came, not to be left without adequate compensation?

The Ministry of property relations of Moscow region (Minmosoblimuschestvo) has developed a regulation governing the procedure for seizure of land and located on them real estate for the purpose of complex development of territories (KRT).

In the suburbs there’s an abandoned industrial zone, the territory on which there are emergency facilities, is shady business or illegal people live. In addition, sites can have multiple owners, who due to difficulties in interaction can’t decide to whom and how to monitor the technical condition of real estate and may not feel the need to carry out development of land. Officials insist that the initiative is designed to make them useful to the municipality and society.

It is assumed that the owner of the site came under the exemption will be two options. In the first case, he will undertake himself to develop the territory, and the direction of development will determine the state. Otherwise, the right holder will have to pay the area and the real estate authorities who will have to pay for it compensation. After that, the government will put the property on auction with the aim of finding another owner that is able to implement state species to the ground.

All of the processes associated with obtaining in order KRT, placed under the control of Minmosoblstroy, and the seized territories can be built shopping, social, leisure hotels, recreational facilities and built housing.

“Until the end of II quarter it is planned to issue resolution, the draft of which will be published on the website of the regional government and will enter into force upon signature by the Governor of the Moscow region”,  said the press service of Minmosoblstroy.

What does it mean?

If you call a spade a spade, we are not talking about a new mechanism, but about expanding the list of individual cases when a state has the right to start the withdrawal process, says the head of the project “Istra valley” Michael Africanow. If contact area is included in the allotment under this construction, which is reflected in the draft plan for the area, issued orders to seize, Ministry shall notify the owner and is looking for an assessor to determine the level of compensation. The copyright holders disagree with the amount of the payment proposed to defend the interests of the regional court. Now the same plan to distribute on the estate, came under the EEOC. 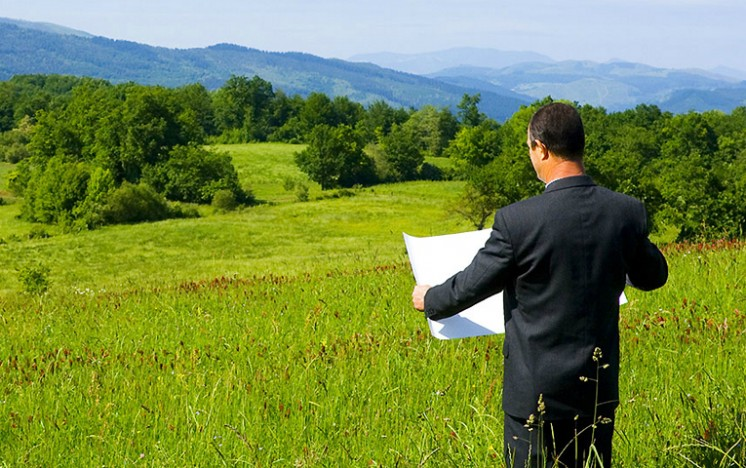 In fact, almost every owner of any piece of land have a chance to see yourself in a of withdrawal. And proposed changes to them will only increase, because under the wording about the development of the area to sum is even easier than for the construction or reconstruction of anything, agrees Executive Director of the “center of property appraisal and business” Michael Ushakov.

As a rule, the withdrawal of plots to the needs of the state caused by the need of infrastructure development. According to experts, it can be the construction of new roads, for example, the Central Ring road (TsKAD) in the Moscow region, railway lines, gas and oil pipelines, etc. in addition, large-scale confiscation of land was in preparation for the Olympics in Sochi that became the subject of widespread discontent of local residents. According to Michael Afrikanova primarily at risk are the areas in the vicinity of outbound motorways and the MKAD. “In addition, in the future, obviously, the purchase of land and offers residents caught in the zone of the future construction of high-speed railway (Moscow-Kazan), the construction of which has been delayed for several years,” warns the managing Director of “Metrium Premium” and a member of the affiliate network of CBRE Ilya Mogunov.

READ:  Black-and-white interior of an old town house in the Netherlands

The position of the owner

“Today cases when citizens are able to confront the state and preserve their property from expropriation of property for public use, are hardly known, and if any were, the publicity did not get,  says Ilya Mogunov. For example, the practice of seizure of land in Sochi for construction of Olympic facilities has culminated in the complete victory of the state over the owners.”

And yet, the Deputy Director of Department of corporate valuation company Swiss Appraisal Alexey Lopatin notes that the state, for its part, is always trying to reduce the negative consequences for the population: “In particular the 1st start-up complex of the Central ring road for the construction of the road had about 6 million square meters of land, of which about 2 million sq m made up of state and municipal land. The remaining 4 million sq m belonged to legal entities and almost all represented empty plots of land. Thus, the citizens removed only about 1% of the total land area required for construction.”

“For those who already have direct experience with this procedure or understand, potentially this is possible in the future core tip: to put in order all the documents establishing ownership,” recommends Michael Africanow. This will allow, at least, confirm to the state the legitimacy of land ownership. Experts list: land should be put on the cadastral account, the record of the right holder registered in the Unified state register of real estate (egrn), the earth itself be used exactly as prescribed, and it should regularly pay taxes. 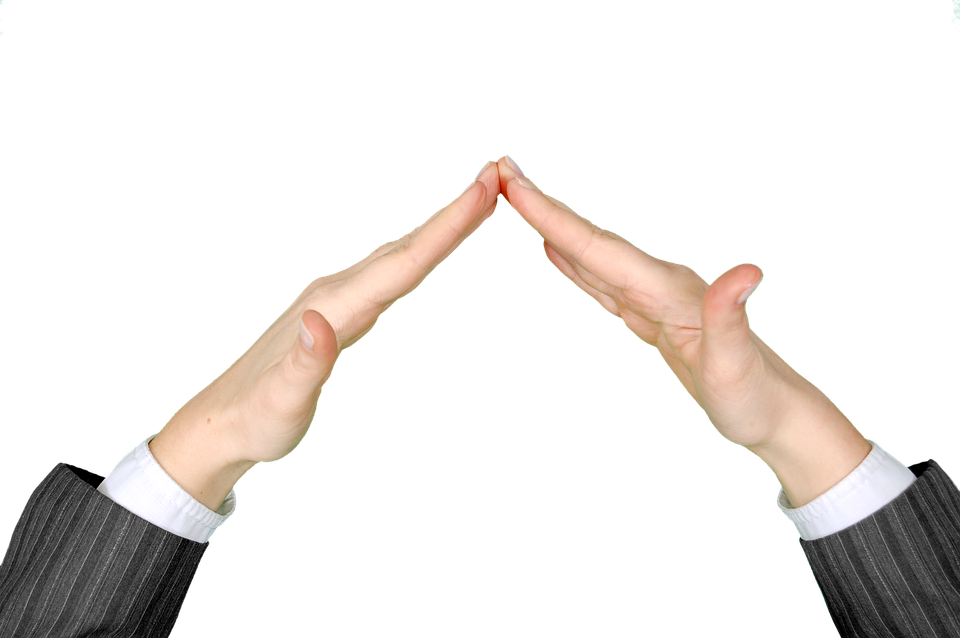 If the land had already come under the withdrawal for the state needs, according to Russian law, the owner has the right to expect monetary compensation for damages, or a similar site. Lawyers warn that if the ruling on the seizure of land still left, then, as practice shows, to stop it virtually impossible. Therefore, the main task of the owner is receiving adequate compensation. If a person has agreed to the exchange, and offered him an alternative site satisfies his wishes, then you just need to sign a barter agreement. If we are talking about monetary damages, according to Alexei Lopatin, determination of size is carried out by an independent appraiser in accordance with articles 15 and 279-281 of the Civil code (civil code) and article 56.8 of the Land code of the Russian Federation (RF LC). In accordance with the land code of the Russian Federation, the amount of the payment is determined by several points. First, it is the market value of the seized land. Second, the market value of real estate, in case of their presence in the alienated territory. Thirdly, this includes the losses caused by weaning of the earth.

For the correct calculation of size of market compensation, the owner must provide the appraiser the ability to survey his estate, and also transfer copies of all documents. During the inspection it is desirable to draw up and sign the joint inspection report that captures all of the improvements located on the site, including unregistered sheds, garages, garden and berry plants, fruit trees, lawn n, etc.

READ:  To keep a balance: all the infrastructure in place benefit the residents of multifunctional complexes

And the chances of getting adequate compensation is higher the more documents confirm that the land and buildings on it, the owner invested. So, by all means necessary to take care of their drafting.

According to the evaluation results, the copyright holder receives the offer of sale, to which was annexed an agreement on the withdrawal and the valuation report of market compensation. By law, the owner may consider an offer within 3 months (90 days). If he believes that the state offers him an unreasonably low compensation, he has the right to direct to court the claim about recognition of the amount of false. The statement must include conclusion on this score, compiled by an independent appraisal company. Then the court must decide to what extent the owner’s rights violated.

And yet, sometimes the room for maneuver remains even here. Alexey Lopatin advises to check with the Agency or project organization, how the removal of this object is necessary for this project. Designers do not always take into account all the nuances, so you can try and address to make changes. Sometimes it happens that the stripe of seizures, falls, for example plot 10 sq. m 1000 sq. m. In such situations of alienation can be avoided.

However, there are times when after withdrawal of the plot using the remaining area to destination is impossible. In such cases it is necessary to ask the authority that initiates seizure of land, to clarify or verify design decisions and seize the estate as a whole, or to abandon the seizure.

Not to bring up the troubles

Mikhail Ushakov urges no illusions: to fully protect their property from seizure impossible. However, to do something in this direction should still be. You should carefully read the documents of territorial planning of the Moscow region, which regularly appear on the portal of state and municipal services of Moscow region. In addition, information on all subjects of Russia are available on the website of the Federal state information system of territorial planning, reported the press service of the Decision of the Moscow region. However, in the past there were cases when the published information was not operational, says Alexei Lopatin. “For example, according to CRR published an information Memorandum in 2013, and the work began only in 2016 and the project has changed”. So for reliability in addition to information on the sites you can still visit the local administration, which should always be a planned development for the coming years, experts suggest. Also, do not forget that the construction of such facilities, such as roads, runs from prior public hearings where each owner has the right to vote, affecting the final tracing, recalls Ilya Mogunov.

Therefore, you must very seriously examine plans of development of territories. But if the Grom still breaks out, to focus efforts on obtaining maximum compensation. To achieve this, land must be legally registered appropriately, and the evaluator needs to obtain the most complete information about all the costs of the rightholder on the territory’s development. In addition, in some special cases, you can try to amend the General plan address changes, or to request the authorities to withdraw or to abandon the seizure.

Chalet with amazing view on the Dolomites

Fall comfort in style with new items from H&M Home

Inspired by the sea: the apartment is in tones of grey and blue in Miami

Attic apartment with a library and a stove-fireplace in Sweden