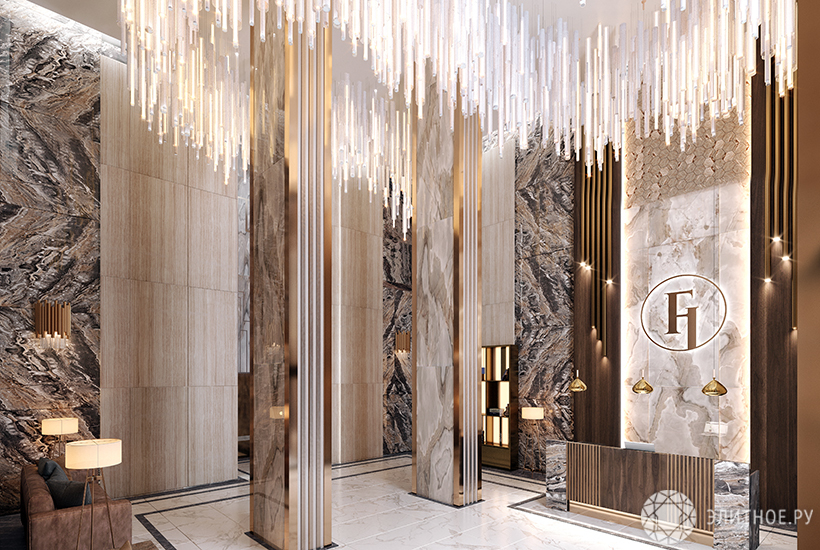 On Vernadsky Avenue, built up by universities and research institutes with houses for their employees, the implementation of the chamber project Full House has begun

In the 90s, I had one friend – Nika. Nicky's husband owned a large company selling finishing materials. These were the richest people I knew at that time: they lived in a house on Rublyovka, had a car park. At the same time, both worked in Moscow, stood in endless traffic jams, but did not even allow the thought of abandoning the indicators of status accepted in their environment… In those days, none of them would have believed that in just a quarter of a century time for oneself would become the measure of success, and a truly successful business would prefer the city to Rublyovka. A city of opportunities, freedom of choice and service that accompanies every step.

An indicator of success was the latest generation house, which is located in the “right” area, within walking distance from the park and the metro, where the apartment comes with underground parking, a courtyard-park and an impeccable hall. With the only “but” – the number of neighbors from 500 – the majority put up, because there was no choice. Now there is an alternative. In June, the developer Sezar Group presented a new project – the Full House club house.

Business class club house is a rare term for Moscow. The market has developed a stable attitude towards a business class project, as a complex that combines at least several skyscrapers on dozens of hectares. In turn, the term “club house” has always been an elite characteristic of the deluxe segment. We offer to see in detail what is behind the fusion of these two concepts. 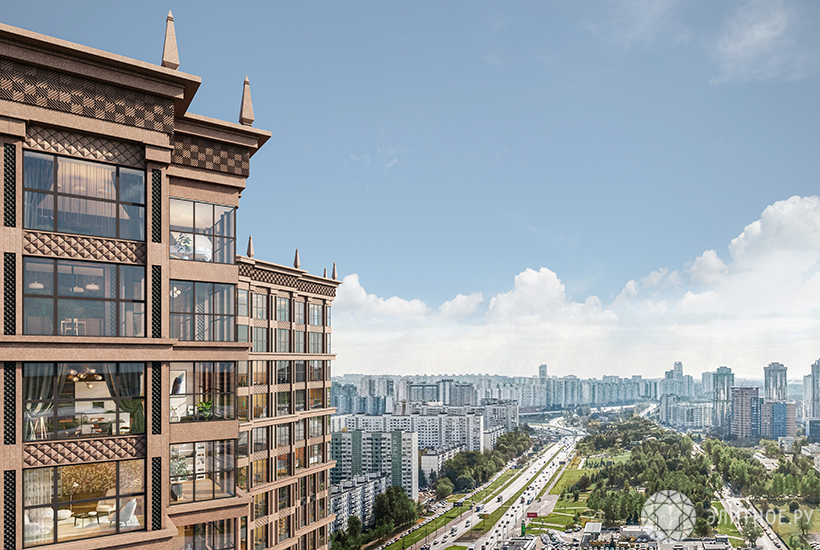 Let's start from the historical perspective of the location where the construction of the Full House clubhouse is underway. There are several districts in Moscow that have been surrounded by an aura of prestige for life since Soviet times. Thus, the districts of Kuntsevo and Krylatskoye have always been considered “party”, Sokol – the environment of writers and artists, Vernadsky Avenue – the scientific elite and intelligentsia. The development of the latter began with the development of the territories adjacent to Moscow State University between Vernadsky and Michurinsky avenues. A real cluster of educational and scientific institutions was formed here, residential buildings for their employees, infrastructure appeared: a theater, a circus, a department store, stadiums, a hotel.

READ:  Woodhouse Lodge is the perfect destination for a relaxing weekend in the country near new York

The area was originally designed for residential, so there were no industrial enterprises here. It was created as a garden city with spacious green streets, squares and parks. For this, the streets in the Southwest loved cinema. Here they filmed “The Irony of Fate, or Enjoy Your Bath!”, both Moscow and Leningrad scenes, episodes of “Gentlemen of Fortune” and scenes from the film “You never dreamed of …”.

Not surprisingly, for the main event of the 1980s, the Troparevo-Nikulino area was chosen for the “demonstration” Olympic Village, where foreign guests were accommodated. He has always been “in a special position”, from each era taking away all the best for himself. In the late 90s, the New Olympic Village was built here, which was awarded the State Prize of the Russian Federation for its contribution to the development of architecture and later became one of the first “elite” residential complexes in Moscow – in those days all prestigious houses were called that. At the beginning of the 2000s, the history was continued by Mirax Park, Luna, Korona Air with the first experiments in creating their own environment outside of residential apartments. The appearance of the “club business class” format in Troparevo-Nikulino is natural and natural. based on the traditions of the development of the area. 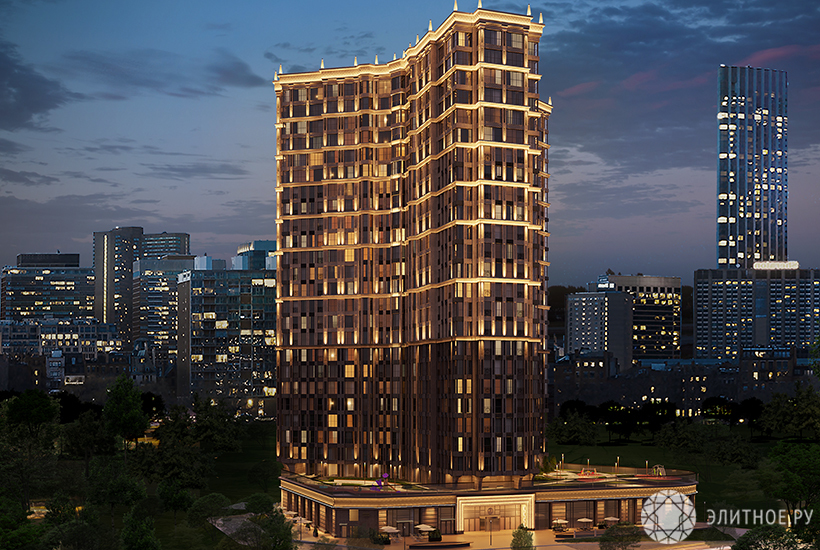 The house itself has the shape of a trefoil, placed on a stylobate, which in the future will be filled with retail and offices. There are many decorative elements in the architecture of the residential complex, through which Empire and Art Deco are unambiguously read. The powerful stylobate will be decorated with rustication with portal central entrances, the facade of the residential building will be decorated with cornices, pilasters with flutes, textured ornament with stone carvings. The top tier is supplemented with tops. The new building is based on the architectural traditions of the “academic” houses of the South-West, which makes it appropriate for the eclectic development along Vernadsky Avenue. Thanks to the facade lighting, the house will also be an evening dominant, clearly visible when driving a car both from the Universitet metro station and from other angles. Clubhouse Full House is located a minute's walk from Yugo-Zapadnaya station, the “red” metro line.

READ:  Shades of gray and the modern classics: the house in the suburbs by the Italian architect 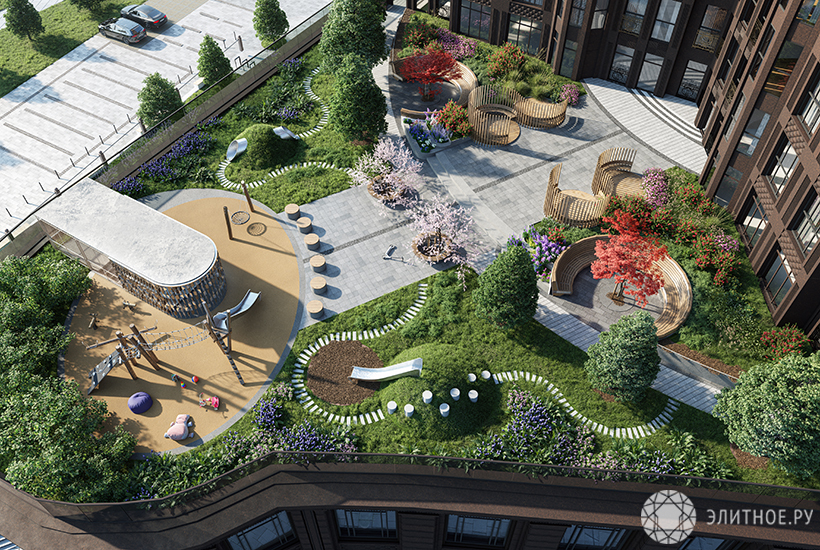 Despite the intimacy of the building, there is both underground parking and its own courtyard-park. Parking spaces, 206 in total, will occupy three underground levels. For a project with a projected total number of apartments of about 200, the parking availability ratio is quite worthy. The yard will be located on the roof of the stylobate and due to the height difference of 8-10 meters above ground level it will be really secluded, hidden from eye contact with passers-by. The project provides for the creation of a natural relief with a natural landscape, paths and flower beds. The building conditionally divides the courtyard space into three sectors, each of which has its own functionality. Children's playgrounds, a fitness area, an interactive playground, many sun loungers and benches are separated from each other in space and will allow you to have a good time with children, company, alone. 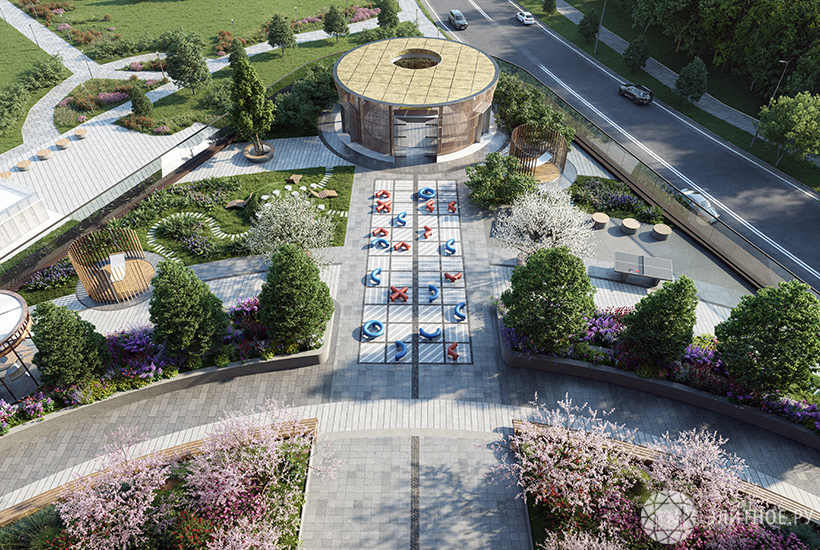 The entrance group in the Full House club house can be called premium, and not only for the ceiling height of 5 meters. The interior design of the atmosphere corresponds to the lobby of a five-star hotel. The decoration combines slabs with textured patterns of natural stone, accent decorative elements, and original lamps. The reception desk in the lobby is visually isolated from the soft waiting area, offering a private dialogue. In the foyer there is storage for wheelchairs, a pet care room. The house will be A-class energy efficient. Design solutions include European standards for elevator equipment, window structures, individual air conditioning systems.

362 apartments ranging from 45 to 202 sq. meters. At the same time, the first transactions confirm that the acquisition of several apartments with the prospect of their merger is logically in demand here, and the interest in buying “one's own petal”, i.e. of all apartments on the floor, not single. There are no typical floors here: planning solutions for each floor are individual. Any adjacent apartments can be combined with each other. Thanks to the original architectural form of the building, it is possible to obtain apartments with non-standard geometry, where there will be bay windows and corner glazing. Now in the club house Full House the cost per square meter starts from 450 thousand rubles.

Where to install air conditioning in the apartment, in the bedroom, how to hide air...

A small house with a cozy living interiors in Spain