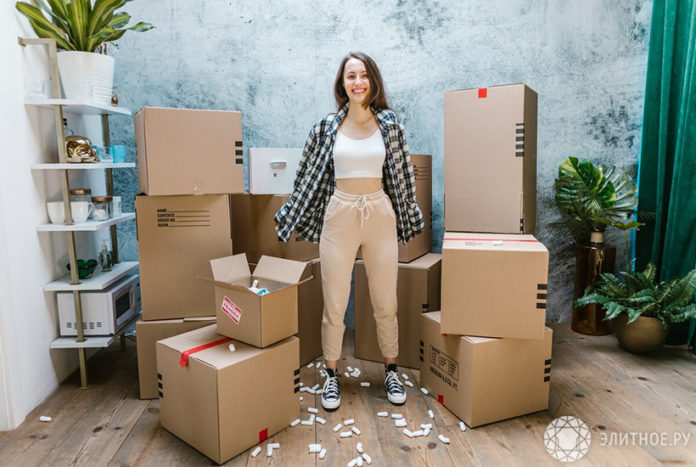 The truth lies between the Garden and the Third Transport Ring, and taking into account the rose vectors – at Kutuzovsky, Leninsky and Leningradsky Prospekt

“I am a Muscovite! How happy is he who can utter this word, putting all of himself into it. I am a Muscovite! ”- this is how Vladimir Gilyarovsky's book“ Moscow and Muscovites ”, written in 1926, begins. Almost 100 years have passed, but the one who can pronounce this phrase is still happy. True, the city has changed a lot over the past century: it has become very large and very different. And Muscovites are happy in very different ways.

Today Moscow is both panel “sleeping” outskirts and the historical center. Everywhere has its pros and cons. The sleeping areas, for example, are affordable, quiet, cozy, but at the same time absolutely identical. Living in the center of Moscow is prestigious and convenient, but expensive, with a high population density and dubious ecology. Although it looks extremely attractive, it will not suit everyone.

As usual, the truth lies somewhere in the middle, approximately between the Garden Ring and the Third Transport Ring. And if you take into account the capital's wind rose – the air masses in Moscow mainly move from west to east – it turns out that the ideal areas “for happiness” in Moscow are located in the vicinity of Kutuzovsky, Leninsky and Leningradsky avenues. 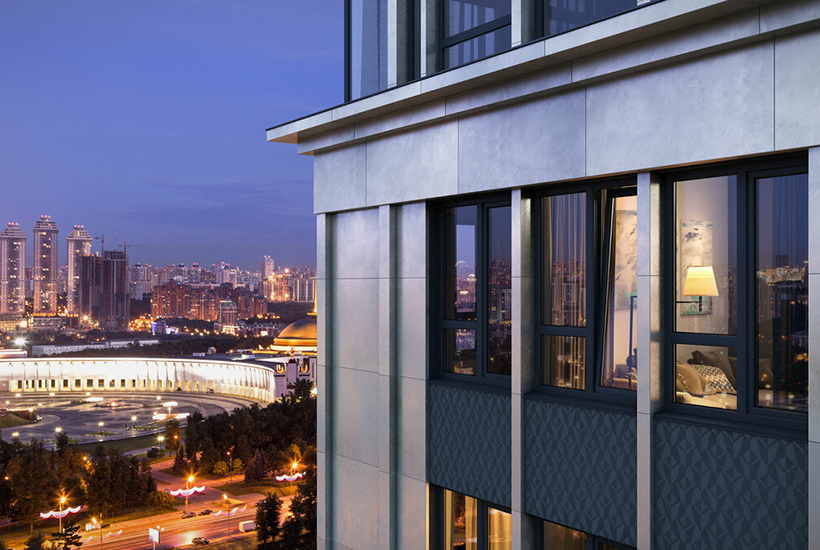 These avenues are similar to each other in their ecological situation, history, and architecture – all of them are considered heirs of the “grand style” of the 30-50s of the last century and the main gateway to the capital. But in terms of the cost of housing, the most attractive of the three is Leningradsky Prospect. And money, no matter what they say, is an important component of a happy life. According to the World of Apartments portal, the average offer price on Leningradka today is 37 million rubles, on Leninsky and Kutuzovsky Prospekt – 41 and 42 million, respectively.

READ:  Bogenhouse: an elite house on the embankment overlooking the Kremlin 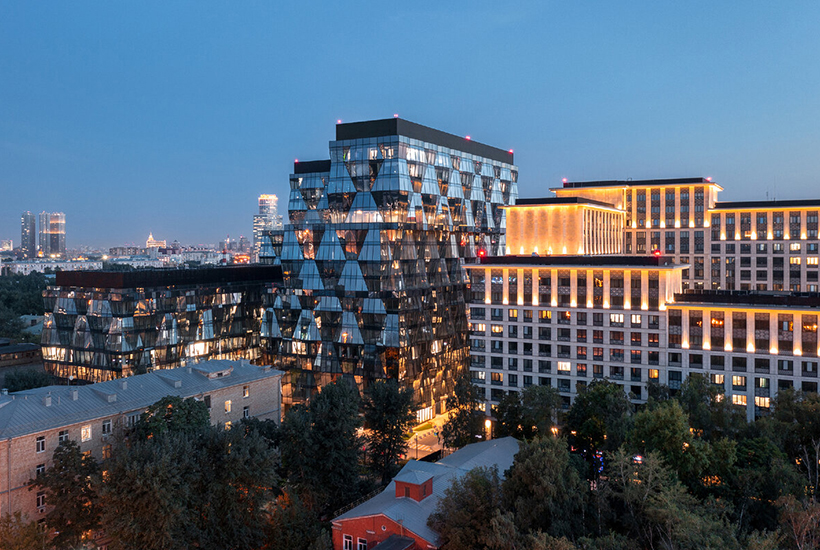 For example, according to the general director of the Academy of Sciences Tweed Irina Mogilatova, an apartment with an area of ​​39 sq. meters in the modern complex “Iskra-Park” recently built on Leningradsky Prospekt (photo above) are sold for 18.7 million rubles. “And for the same money in the stalinka in the same area you can buy housing comparable in size, but it will be an apartment of a completely different quality,” adds the realtor.

Usually, housing in stalinkas is sold with good repair, but a shabby entrance, the absence of a freight elevator and the smell of a garbage chute are a dubious bonus. As for the layouts, the main pain of apartment owners in Stalinist houses is small kitchens. As a rule, their area is from 6 to 10 square meters. meters. Come across in Stalinist houses and apartments without kitchens. Perhaps Vladimir Alekseevich Gilyarovsky, who managed to work as a barge haulers, a stoker, and a firefighter during his life, would have appreciated this option, but a modern resident of the capital is unlikely to be absolutely happy in an apartment without a kitchen.

And not only without a kitchen. Housing standards have changed dramatically over the past 100 years. Let's take the above-mentioned Iskra-Park complex as an example. Let's start with the territory. This project implements the concept of a “courtyard without cars”, cars immediately enter the underground parking, and the courtyard is completely given over to pedestrians. There are neat lawns and flower beds, comfortable modern benches, ergonomic recreation areas and playgrounds that turn the courtyard of the quarter into a small but very modern and respectable park. The territory of the complex is closed from outsiders, and only residents of Iskra-Park and their guests have access to the courtyard.

READ:  In which district of Moscow to buy an apartment to get ahead of time

The complex was designed by the renowned architectural bureau Speech. Residential sections of variable number of storeys from 13 to 28 floors are built in a strict classical style. The facades of the buildings are decorated with author's drawings from the “Art. Lebedev Studio”, which symbolize achievements in various sectors of the national economy in the Soviet Union, which also gives a reference to the traditions of the “big style” of the middle of the last century.

There are 772 apartments in the complex. from 28 to 185 sq. meters. True, most of the lots of Iskra-Park have already found their owners. Now there are about 35 apartments left in the market, ranging from 30 to 140 sq. meters. 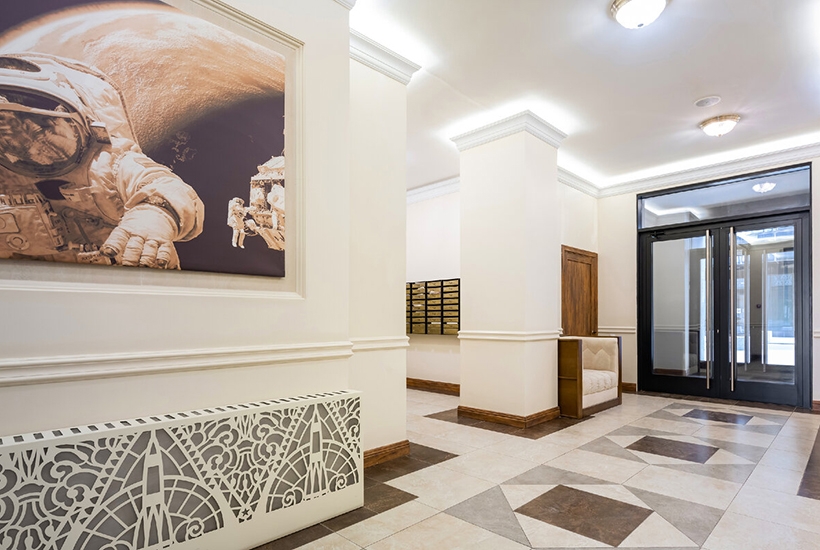 All apartments available in three finishes: dark, light or contrasting styles. In addition, you can order the installation of underfloor heating, water heaters, as well as kitchen furniture and appliances. I think that if Vladimir Gilyarovsky had the opportunity to live in such a house, he would utter the phrase about Muscovites with even greater pride. For example, the adverb “absolutely” would have been added to the opening sentence of his book.

Apartments in IFC Match Point in Moscow – an overview of the portal real estate...