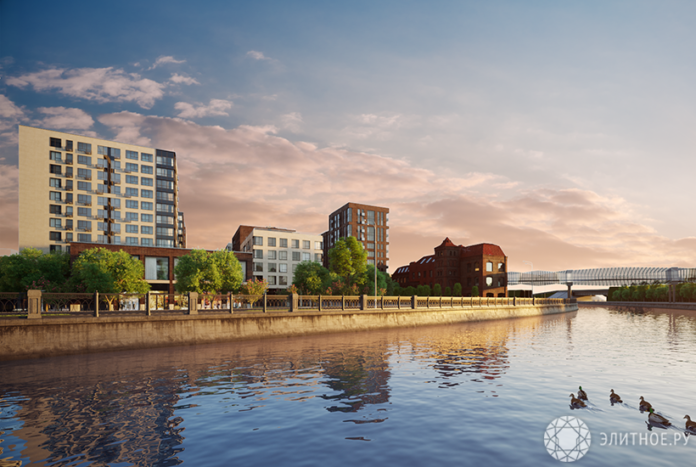 What becomes of the former factory of the Basmanny district, why panoramic Windows to do an accordion and can plan from the developer to please designers 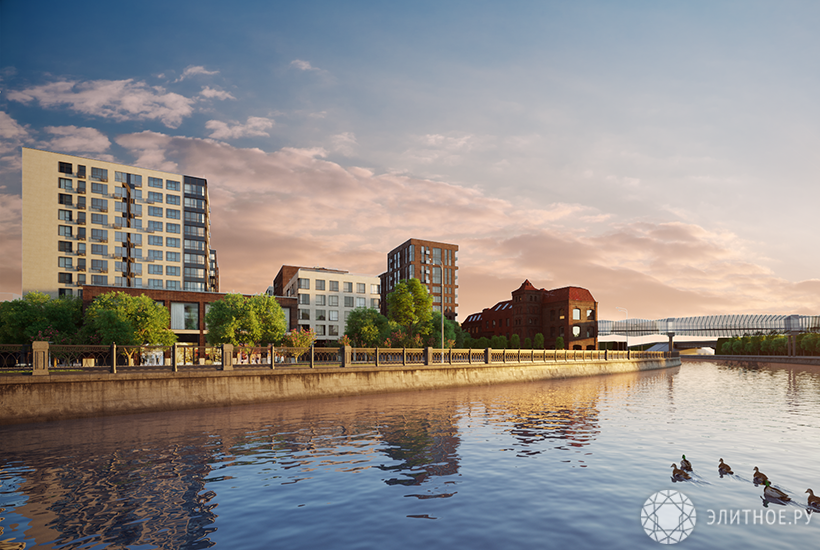 For a long time developers of quality housing avoided Basmanny side, but lately the situation is changing. About five years ago in the Eastern part of the city center there were projects of the business class. And at the beginning of last year, the company AFI Development announced the construction of a Post between a Large street and Rubtsovskaya embankment complex of premium class “the residence of architects.”

Underrated center with the historical past

“Basmanny district has a rich historical past but has long remained in the shadow of other areas, regardless of the industrial, – says General Director of company Welhome Anastasia Mogilatova. – Today, however, it begins to develop, the plants are displayed outside, and it becomes more suitable for high-budget housing.” It is no coincidence, because the district, according to managing Director of “Metrium Premium” Ilya Melgunova, there are serious advantages. First, the location of the boundaries of the Central administrative district of the capital gives a significant image advantage. And secondly, this location differs the clean streets, which, in contrast to other prestigious Central administrative DISTRICT, you can almost freely move in the car. 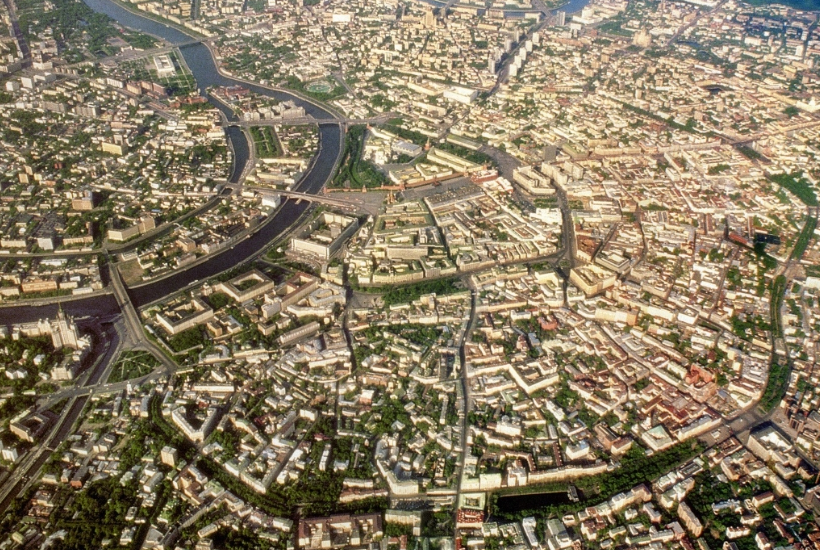 Another feature of the Basmanny is the abundance of good schools and institutions included in the ranking of the most prestigious schools in the country. Located here MGTU named after Bauman, Moscow law University, State University of land management, Institute of social Sciences, the Academy of General Prosecutor’s office and many other institutions of higher education. According to the managing partner at Nika Estate of Viktor Sadygov, due to the large number of institutions in recent times, this location is becoming popular among young entrepreneurs from the sphere of IT-technologies and representatives of creative professions. Popularity of locations is facilitated by the emergence in the former factories of creative clusters that are in demand among young people and the creative class.

“Architects” from the textile factory

That “the residence of the architects” of the company AFI Development that is being built between the Great Postal street and Rubtsovskaya embankment, is also located on the former site of the factory, weaving and finishing mill of the XIX century. Club quarter consisting of 14 residential and two commercial office buildings (ranging in height from 2 to 17 stories) will be organized as a single art space, while each of the residences will have its own private territory. 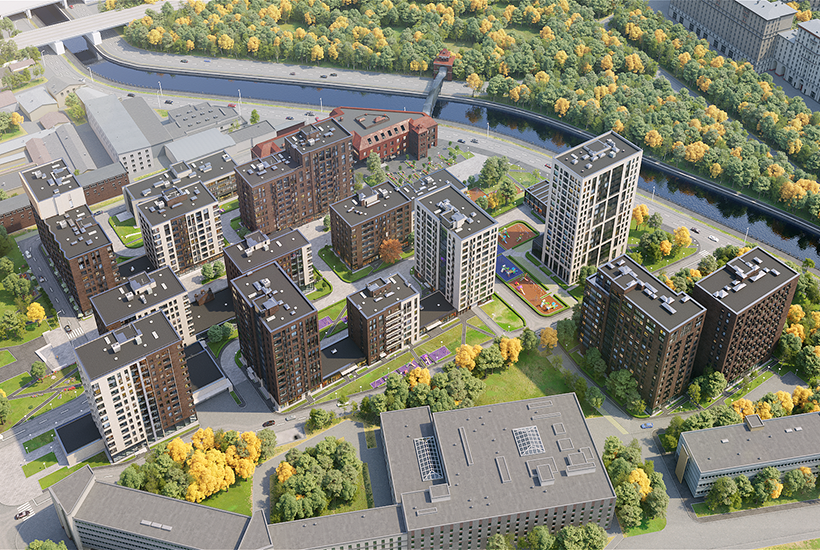 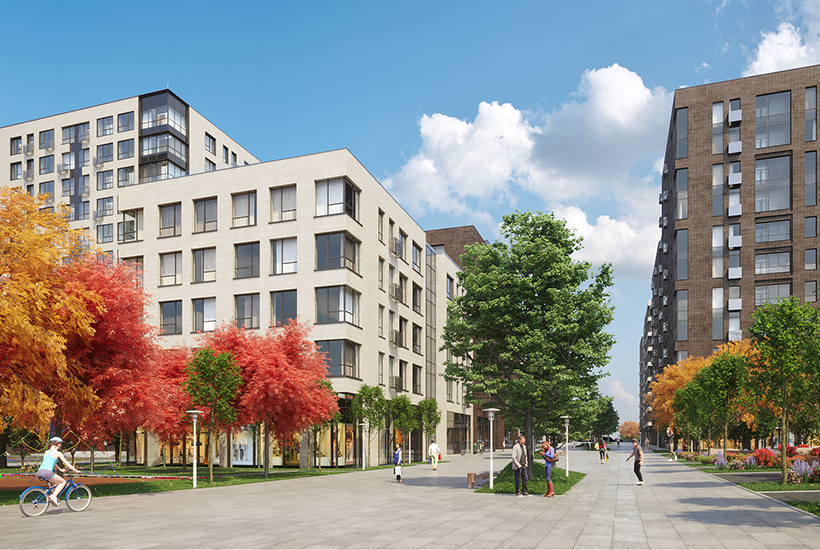 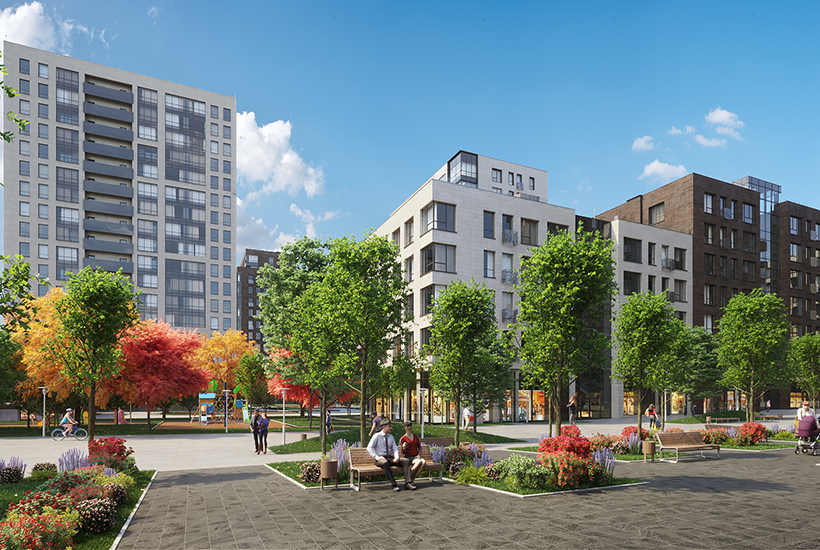 In total, the project planned 626 apartments, 178 of which offers a panoramic view on the embankment of the Yauza. By the way, over the Yauza build a new pedestrian bridge that will connect the residential complex with the Rubtsovskaya and Semenovskaya embankments. The rest of the apartment is also not a loser; there from the Windows you can admire the historical monuments: Pokrovskaya Church, the Church of St. Nicholas, the house of the merchant Shurov.

READ:  Everything and more: the apartment is a lover of decor and objects of art in Shanghai 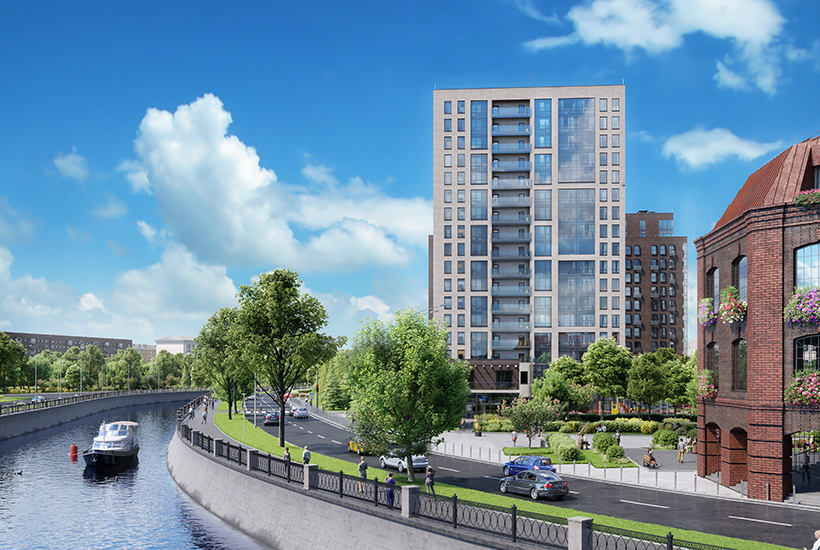 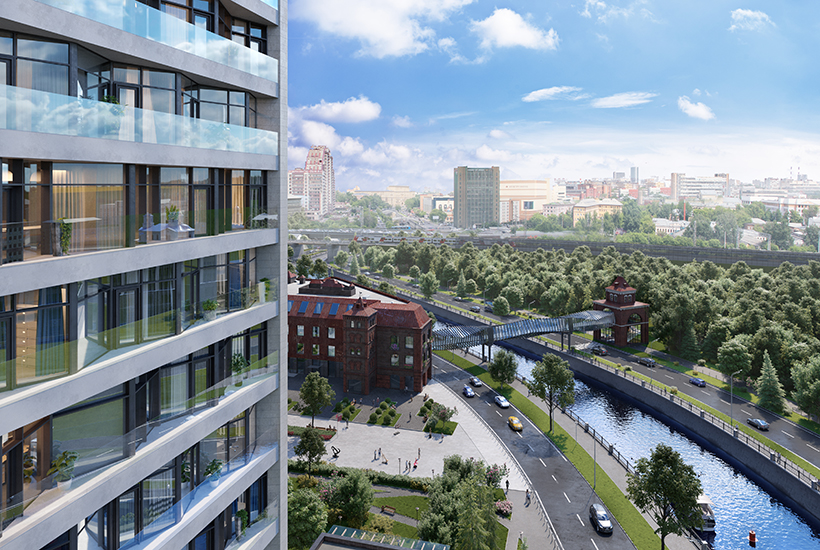 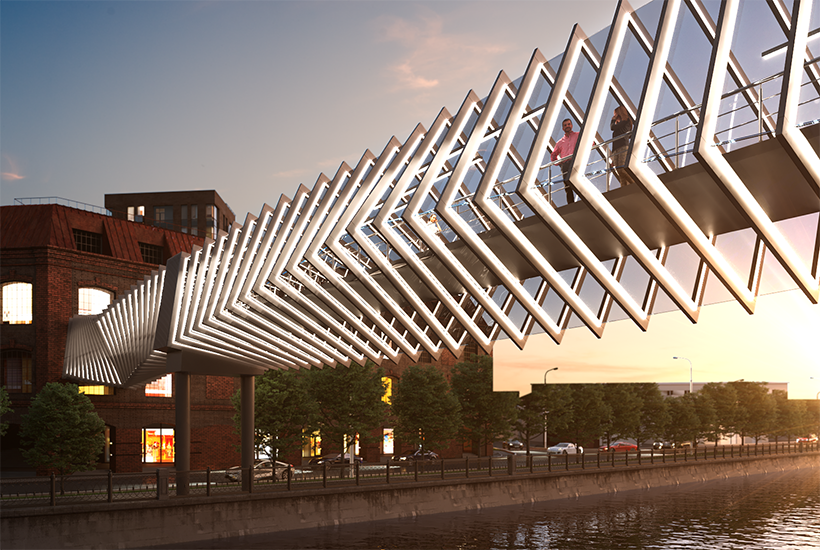 About the other features of the “Residences of architects” and specifics of its planning portal “Elite.RU” said the designer, co-founder of People2People design Studio Catherine Semikhatova.

On the panoramic Windows, with an emphasis on correct proportions

I loved the architectural design. 15-20 years ago the real estate market there was a fashion on a solid glass. In the Central part of the city there were houses that look like truncated skyscrapers of the business center “Moscow-city”. But it is not only in the exterior. Recently I was in one of the houses where the apartments are equipped with “Windows”, and protections of balconies made of glass. All that lies on the balconies, available public: cartons, cans, bicycles. There is a feeling that you’re peeking into the basket with the other Laundry. It looks like an inappropriate exhibitionism. Thus, the panoramic Windows you need to use extreme caution. As for the “Residences of architects”, the proportion of the area of glazing are met here perfectly. 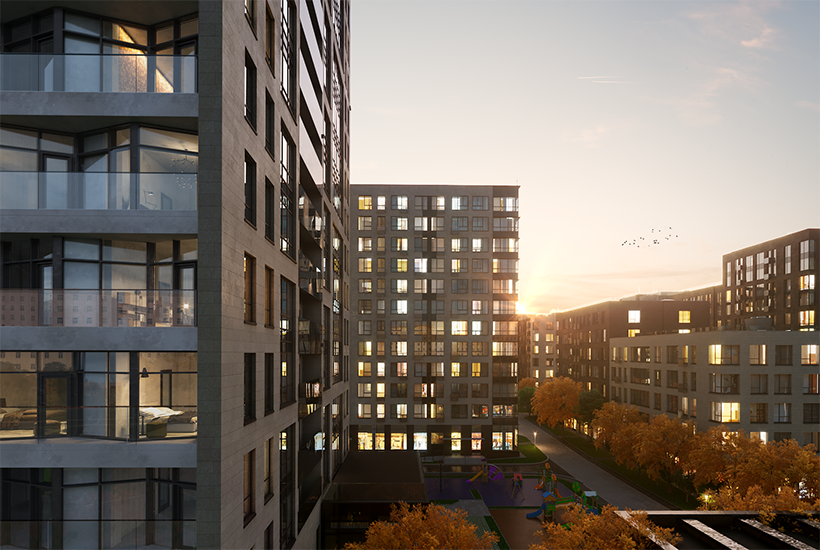 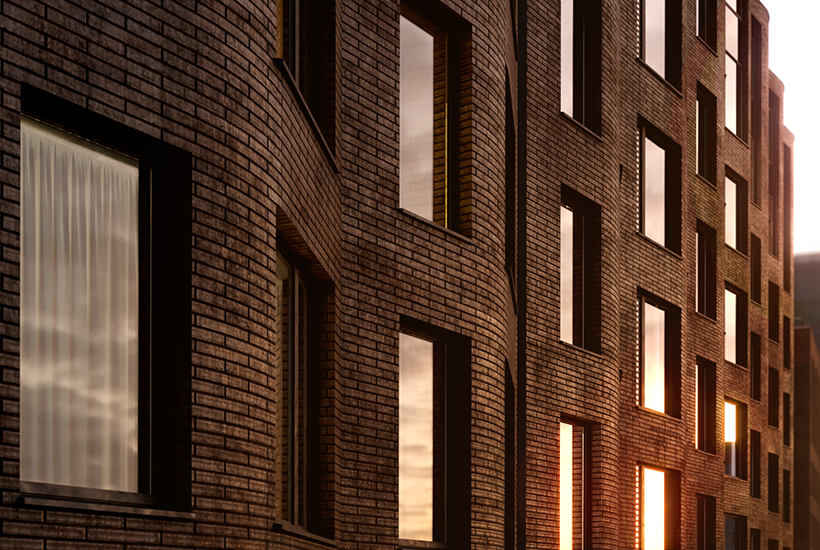 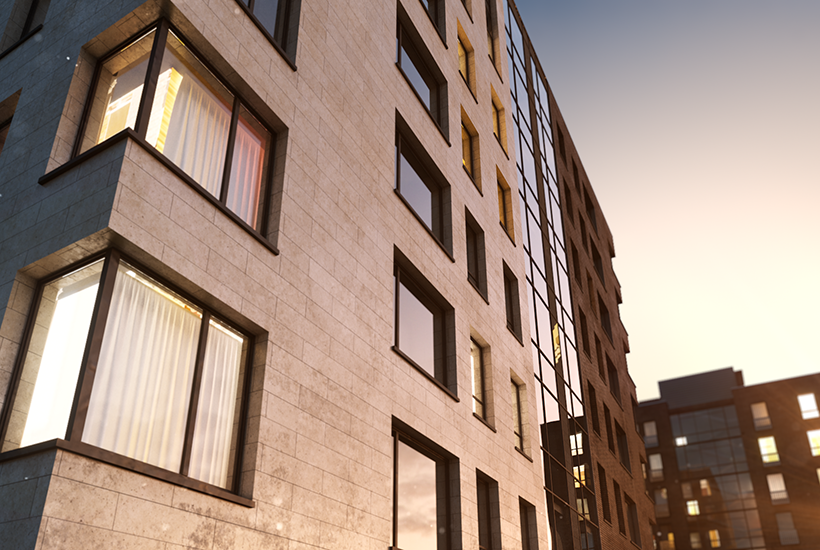 I also want to draw attention to the zigzag line of Windows. They are made like a “harmonica”. This, of course, a few “eats up” the usable area of the balconies, but added a special optical effect which gives the stunning views. Sure for the occupants of the home premium it is much more important, I doubt that they will use balconies and loggias as street storage.

About the layouts: many outbuildings and bathrooms

– Planning of apartments in this project, in my opinion, is to discuss in more detail. First, the area of apartments starts from 50 square meters. Lately the housing market is a large number of studios with an area of 25-30 square meters, which can hardly be called a housing in such apartments only to sleep. And in the “Residences of architects” with size all right.

About Studio. Interestingly, the “Residences of architects” is a Studio apartment that is equipped with two risers. That is, the owners can do, for example, a bathroom near the bedrooms and a separate guest bathroom or Laundry room. You don’t have to split hairs with the transfer of the wet areas!

About the bedroom. Two-room apartment in the hallway there are two outbuildings, which are at the discretion of the owners to equip the pantry or closet. Kitchen and living room are located in the area entry doors with two large Windows, and bedroom – also with two Windows – in-depth. The last area of 24 square meters, which allows, if desired, to do here from two rooms such as a bedroom and office or two bedrooms.

READ:  Bright family house in natural colours in the US

Layouts as an example can be illustrated tutorial for young designers

About three. Perfect solution to multi-room apartments. I would venture to say that this is a model of rational modern housing. Such layouts as an example can be illustrated tutorial for young designers. For example, in three bedroom apartments, kitchen of 8 square meters and a living room of 19 square meters combined in a common unit, but layout solutions allow you to split them across the hall into separate zones. In addition, 3 sq. meters in the hall clearly highlighted under the Cabinet or pantry.

About four. But most of all I liked the three bedroom apartment of 138 square meters. There is also a kitchen and living room combined into a single unit, and if desired they can be separated or, conversely, to increase at the expense of the third bedroom. A large number of ancillary facilities in such an apartment eliminates problems with storage or a separate dressing room and provides comfort! Nice apartment: large bedrooms, lots of Windows… Even a desire to find out how much it costs to buy.

About the prices: not cheap, but with a minimum of risk

The prices of apartments in the project “the residence of the architects of the” start from 11 million rubles. For this money you can buy a house of 50 square meters, located on the second floor of a seven-story building. Three bedroom apartment of 138 square meters, the layout of which has attracted the designer, located on the second floor, and costs of 34.6 million rubles.

“On the one hand, prices in this complex – not the lowest in the location, but we must remember that projects of this level is not here, – says Viktor Sadygov. – And any other area of the Central district housing the same quality for the money can’t buy.” A realtor does not exclude that by the end of construction of apartments in the complex “Residence architects” can rise in price by 10-15%. However, he says, AFI Development is a proven developer that allows buyers, not afraid of risks, buying a home before the end of construction. 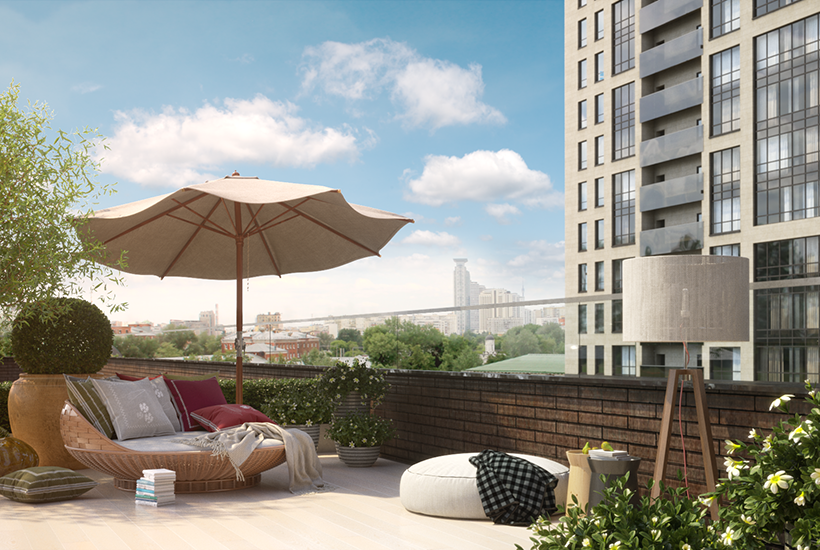 Budget Bathroom Makeover | Using What You Have

Luxury Alpine Chalet without a cliche in Switzerland

Parisian apartment with the blue fireplace