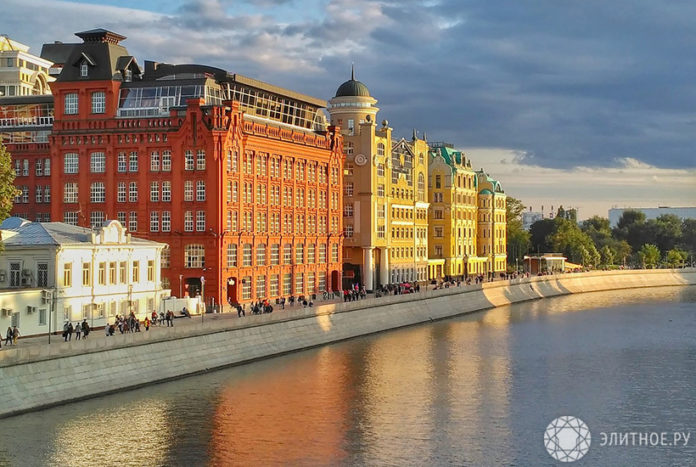 What elite-class projects will be brought to the market in one of the most prestigious historical districts, Zamoskvorechye, and adjacent Yakimanka 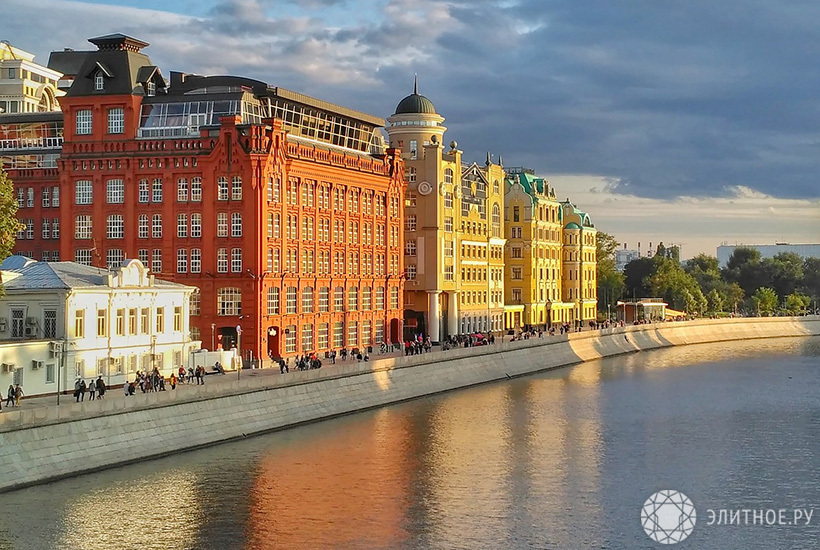 The launch of elite projects on the market has always been an event. Residential complexes of this class in the center of Moscow are piece goods, and it may take a developer several years to prepare each of them. Now, when the demand for expensive new buildings is steadily growing (according to Savills, it has increased by 2.5 times over the last year), and the most interesting lots have been sold out long ago, it is important for buyers of this segment to know what premieres will be presented by developers this season.

This time we will tell you about the new products that will appear on sale in the old and, perhaps, the most prestigious location of the capital – Zamoskvorechye, and the adjacent part of the Yakimanka district. It is here that the spirit of the old city is best felt, that Moscow, which is gradually changing, nevertheless remains itself. Low-rise buildings, old mansions and back streets, cozy restaurants and unusual shops, secrets and urban legends – all this attracts not only tourists here. People dream of settling in this area, for whom not only the top location is important, but also the history of the place, who will draw strength, just walking in the evenings along the streets and embankments, each time discovering something new for themselves.

A little about the market.

According to Savills experts, who noted a sharp increase in demand for elite new buildings over the past year, buyers of this segment showed maximum interest in housing at a price of 700 thousand to 1 million rubles per square meter, which accounted for about half of all sales. The specialists of the Metrium company note that this spring the elite market showed a record low volume of supply due to the fact that new projects did not come out, and the most liquid lots were sold out. According to the results of the first quarter, sales were carried out in 46 complexes: 1180 objects with a total area of ​​170 thousand square meters. m. 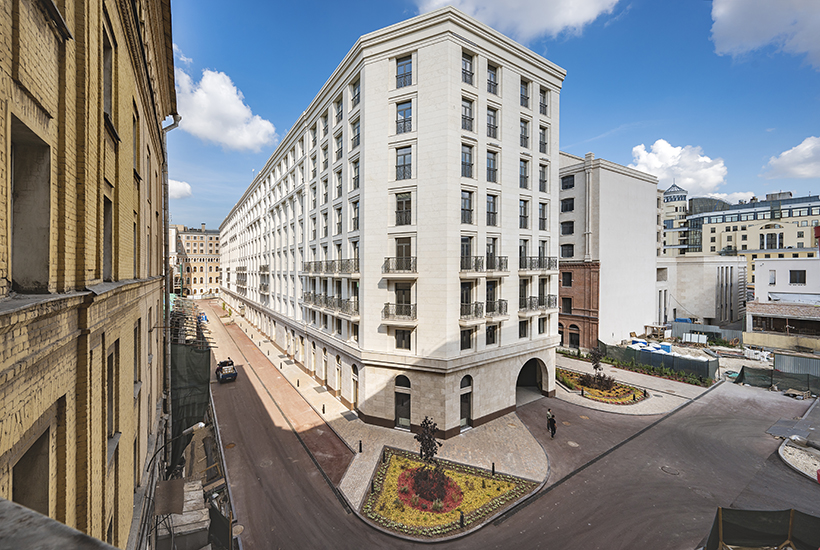 By early summer, according to Knight Frank, the average price of a square meter on the primary market of Zamoskvorechye was 1.239 million rubles. Experts hope that the volume of supply will recover by the end of the year due to new premieres, which the developers were actively preparing. Kalinka Group expects developers to bring 10-12 new buildings to the market in the center of the capital, while Savills analysts say 19 residential complexes. As the portal Elitnoe.ru found out, four new projects will appear in the Zamoskvorechye and Yakimanka regions in the near future. And if the first three are expected premieres, then the fourth, Quartier d'Or, will surprise the market and, accordingly, buyers.

Let's start with the Lavrushinsky residential complex (pictured below), the most anticipated premiere from Sminex. In Tolmachevsky lane, opposite the Tretyakov gallery, three buildings with a height of 8 to 14 floors will be erected according to the project of the Speech archbureau. This, of course, implies interesting and modern architecture: lots of glass and light, natural stone facades, unusual, gently curved bay windows and balconies. Due to the high number of storeys and the location of houses, the Kremlin will be visible from the windows of almost 80% of the apartments. Buyers are offered here apartments ranging from 60 to 430 “squares”, including penthouses. Additional infrastructural options of the complex include its own fitness club with a swimming pool and SPA-zone and its own 1.4 hectare park.

The second premiere is the Russian Seasons project from the developer SZ Ekran JSC. This complex will be located in the block between Pyatnitskaya, Bolshaya Ordynka and Klimentovsky lane. In total, the developer is going to build 11 buildings, in which 99 residences will be offered to buyers. Interestingly, this project provides for a variety of housing formats, ranging from small studios (from 34 sq. M.) And one-level and two-level apartments, and ending with penthouses and three-storey city villas with a separate entrance and private terraces. The developer intends to design the interior of the complex in the style of the Diaghilev ballets.

And, finally, the third premiere from the Vos'hod company is the Armani/Casa Moscow Residences complex, which will be built in Staromonetny lane. The project provides for the construction on a site of 0.3 hectares of 6-storey buildings with an area of ​​8 thousand square meters. m, and a total of 26 residential residences will appear here. This complex will have two interesting features that will certainly attract its audience to it. Firstly, right on the territory there is a restored object of cultural heritage, built in 1818 – the house of the estate of the merchant Ivan Masyagin. And the second is the decoration of public areas and residences, as well as furniture from the Armani/Casa studio under the leadership of Giorgio Armani, in partnership with whom the developer is implementing this project.

We will tell you more about the fourth project, Quartier d'Or (pictured below) from the developer Rariteco, because there was no information about this complex until the last moment. Elitnoe.ru learned about its launch on the market from one of the realtors, and then the developer confirmed the information. “Indeed, we are planning to open sales this fall, now preliminary booking of apartments is starting, and prices for apartments start at 1 million rubles per square meter,” said Ekaterina Borisova, Development Director at Rariteco.

READ:  This apartment is 53 sq. m in Moscow was bought as a gift for his wife's birthday 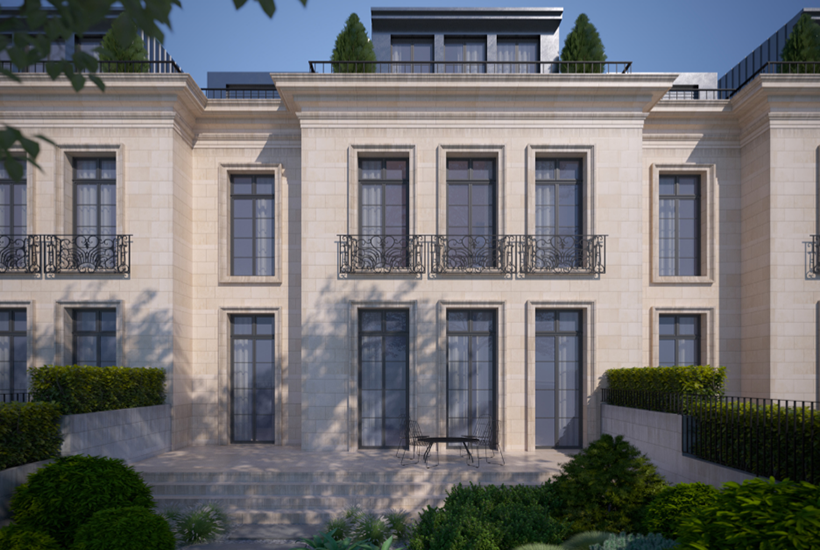 Quartier d & # 8217; Or will be erected in the very heart of Zamoskovorechye – on Tatarskaya Street, 21. The project is being carried out by the well-known architectural bureau RTDA, and the concept of the object is based on the French philosophy Art de Vivre. This is the style of French neoclassicism with light and laconic, at the same time very delicate forms. Building facades with regular geometric elements will be clad in ivory Portuguese Jurassic marble, and graceful wrought-iron balconies will complete the look.

Club residences will appear on the private territory, in which 70 apartments are planned with an area of ​​60 sq. m, as well as three villas (Garden Villas). The developer has foreseen several housing formats for this complex. These are high comfort one-level and two-level apartments with a private patio, penthouses with large patio terraces and wood-burning fireplaces, as well as Garden Villas. At the same time, both villas and duplex apartments on the ground floors will have their own front yard and/or back yard. As Rariteco promises, all apartments will be handed over to buyers already finished. 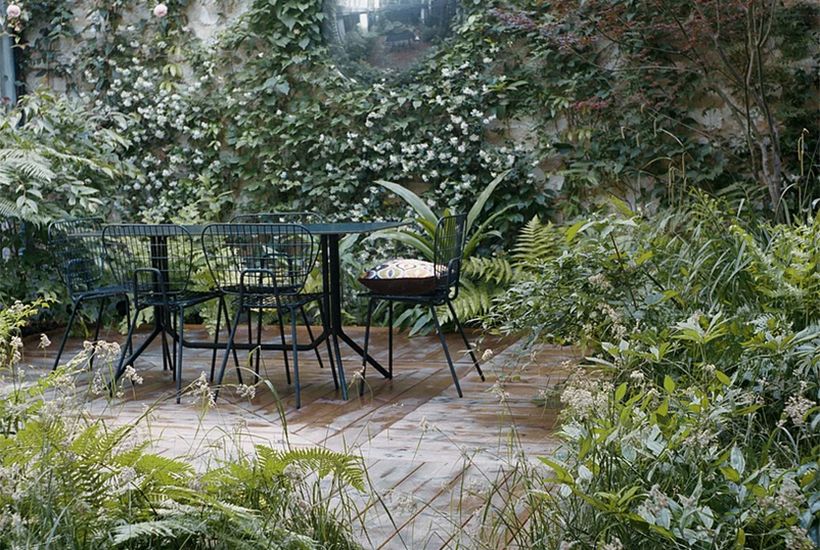 The theme of France can be traced in the design of the territory of the Quartier d & # 8217; Or, which will be equipped according to the project of the famous French landscape bureau. Even a real waterfall will appear here. In the decoration of interiors and public areas, the developer is going to use exclusively high quality European materials, and the technical equipment of the complex is of the latest generation, with an emphasis on the quality of water, air and living comfort. By the way, specialists from Germany and Sweden will be engaged in the equipment of engineering systems.

Each building of the club residence will have two elevators: one for residents and one for service personnel. The infrastructural component of the complex was created according to the principle of “nothing superfluous, but everything you need”. The owners of the apartments are provided with underground parking, 24/7 concierge service, separate digital boxes for delivery services, a special fresh-room of the European format, luxurious lobbies for meeting guests, SPA services and cosmetology with separate rooms, as well as rooms for dogs. 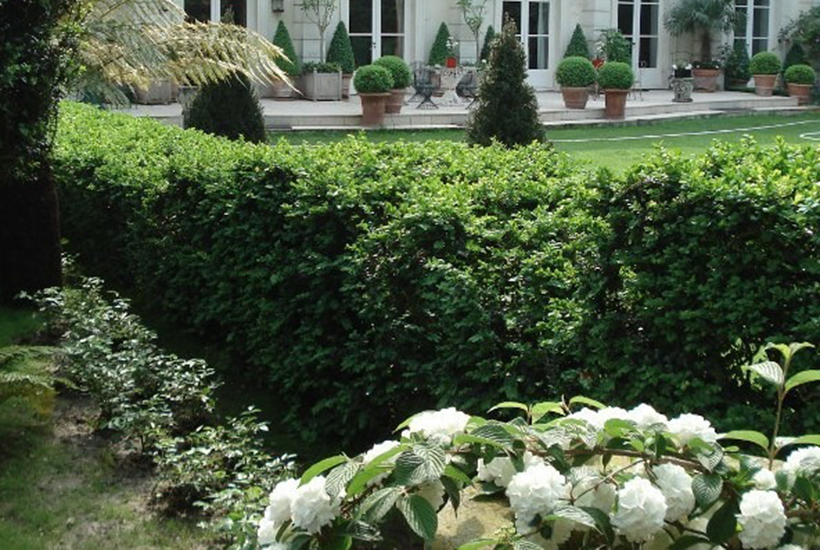 “Our goal is to create a complex that would meet the European Art de Vivre standard in the Luxury segment. A combination of the historical center of the city, at the same time a quiet and calm location surrounded by low-rise buildings, a closed area with a magnificent landscaped garden and a beautiful designer waterfall. A classic and laconic architectural look that best fits into the surrounding historical environment of the area, and the latest generation of technical equipment. I hope that our target audience will appreciate Quartier d & # 8217; Or at its true worth, “said Ekaterina Borisova.

Instead of an afterword

It can be stated that the forecasts of experts who expected that this year an elite offer in the center of Moscow will recover to the level of 2019, begin to come true. And Elitnoe.ru will continue to follow the premieres in the most prestigious districts of the capital.

“The residence of architects” on the Yauza: an art space with a residential bias

Instruction: Check the documents and footage before buying a home

Country living with a taste: Four Seasons hotel in Hampshire