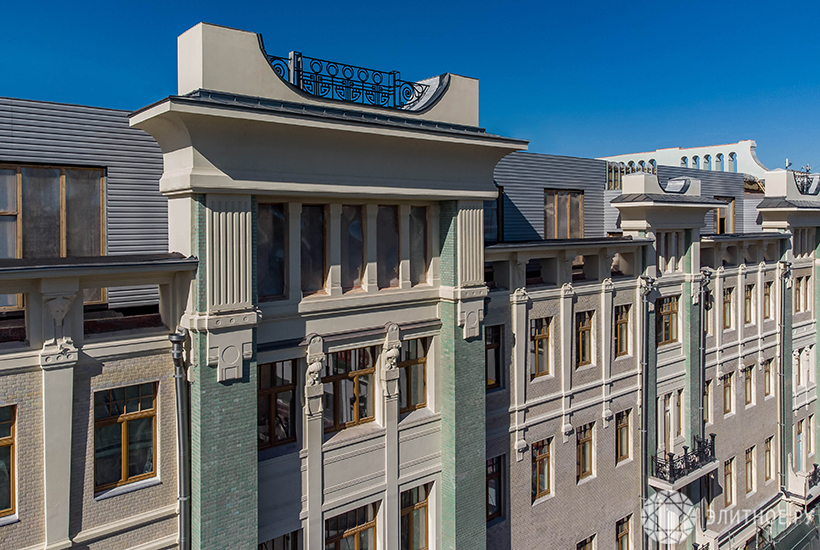 The interest of home buyers in elite new buildings in Moscow has shifted to houses in the final stage, more than 90% ready. According to Savills, in January-March 2022, 58% of transactions were completed in such projects. For the same period in 2020, the share did not exceed 30%, in 2021 – 44%. As was the case in past crises, buyers seek to invest their funds as reliably as possible: in ready-made complexes, the completion of which does not have to wait. But there is also a difference. Now such projects are also chosen because they have been built using European finishing materials and engineering systems, which were originally announced in the object.

At the same time, the total supply of “elite” dropped to a minimum. And today there is a limited choice, especially when it comes to almost finished housing. In 2022, 26 houses in 13 elite class projects are planned to be commissioned in the capital, Metrium analysts calculated. Sales are conducted in eight such complexes. Portal “Elitnoe.ru” decided to talk about these new buildings, their features and prices. One project has already been put into operation, another one will be commissioned in the near future, six – in the second half of the year. Three are located in Khamovniki, others – in the areas of Yakimanka, Tverskaya, Tagansky, Presnensky and Krasnoselsky. Average price per sq. meters varies from 0.9 to 2.3 million rubles.

Cloud Nine at Bolshaya Polyanka was commissioned in March. The complex was built by the Vesper company, which specializes in club houses, according to the design of the Tsimailo, Lyashenko and Partners bureau. Cloud Nine – renovation of four buildings from the 19th and 20th centuries, including three with an industrial past and a former apartment building. They are four to six stories high. The houses have 41 apartments with an area of ​​83-344 sq. meters. The upper floors are reserved for apartments with terraces and penthouses with double-height living rooms. Housing is transferred with finishing, kitchens and bathrooms. Interiors in the modern classic style were developed by the architects of the complex, and in the industrial eco-chic style – by the designer of the Ferrari brand Massimo Iosa. Average price per sq. meters is 1.5 million rubles. Storage rooms are provided – Storage Room. There are two courtyards between the buildings. There is an underground parking for 70 cars. 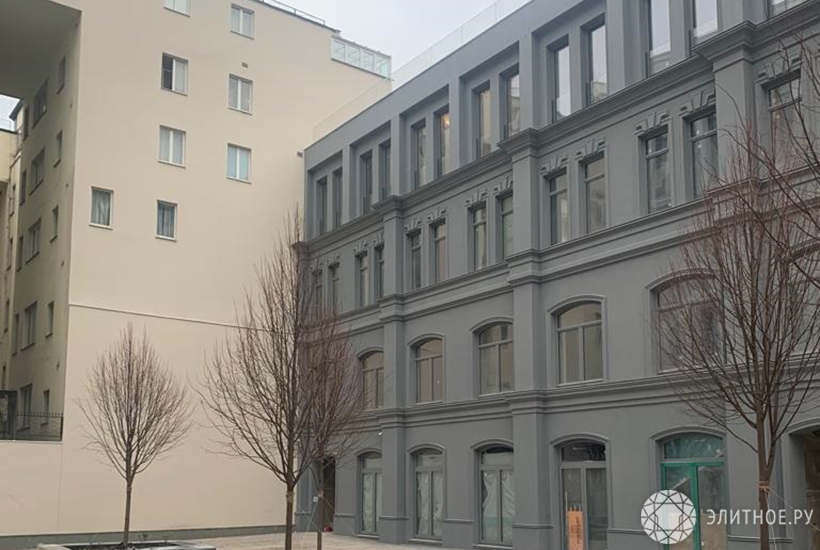 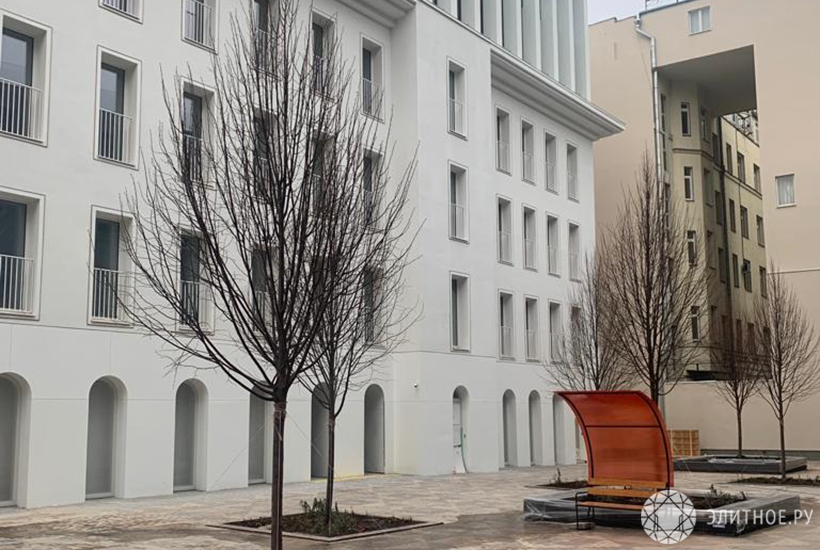 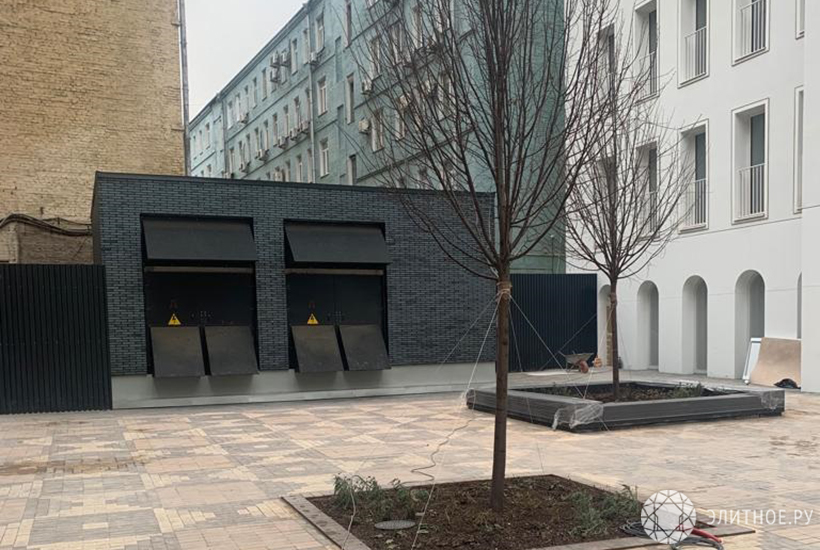 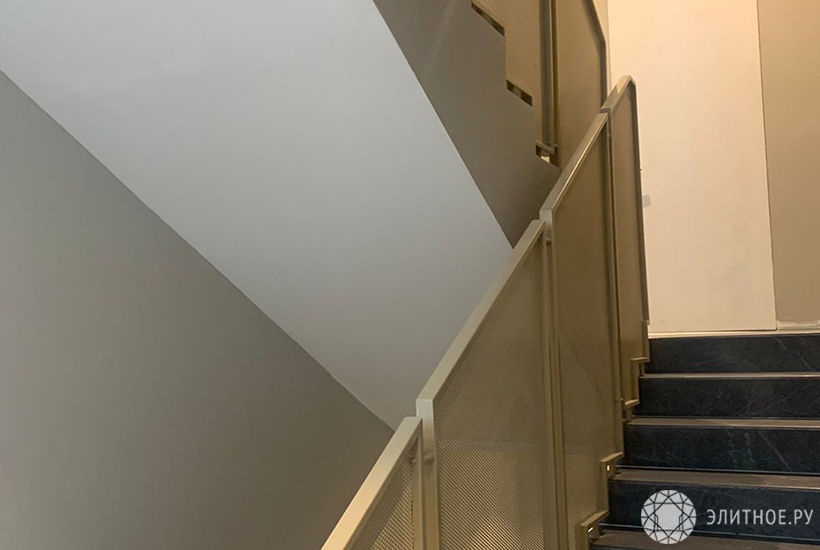 The Villa Grace house, named after the American actress Grace Kelly, is being built in the Ostozhenka area. It is scheduled to be completed by the end of June. The developer is the Stroyteks group of companies. Architects – Bureau Buromoscow. French designer Natalie Crinier participated in the interior design. The house is four to five stories high and mezzanine level and consists of three sections: “Albert”, “Nigomba” and “Renier”. They have 19 apartments with an area of ​​92-433 sq. meters. The penthouse occupies most of the sixth floor. Its design will be developed by Natalie Crinier in accordance with the wishes of the buyer. On average sq. meter costs 1.8 million rubles. Landscape design has been made on the territory, places for recreation and a playground have been equipped, and at the underground level there is a parking lot for 36 cars. 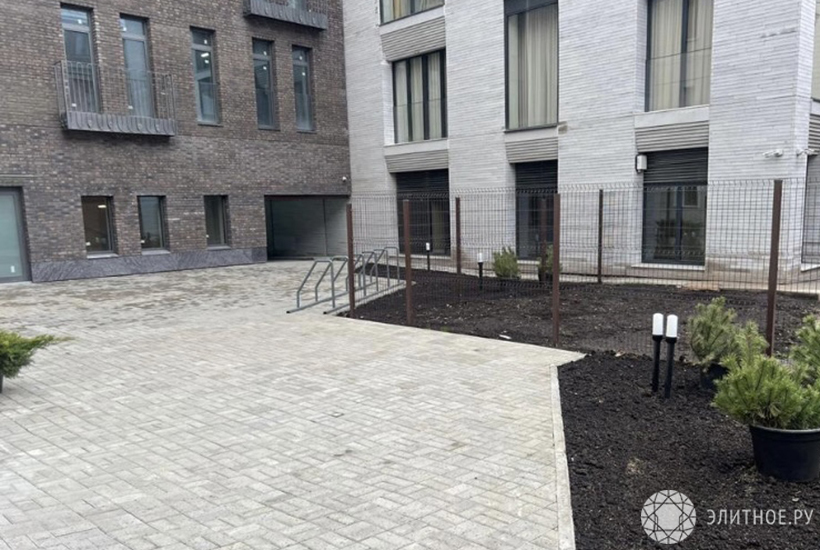 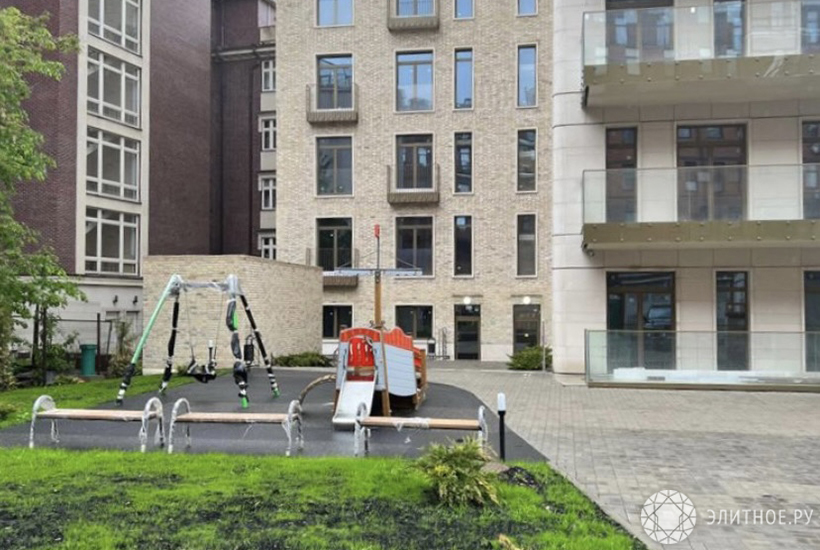 Roza Rossa will be completed in July-September. This project, like Villa Grace, is being implemented in Khamovniki, closer to the Maiden's Field square. The construction is being carried out by KR Properties, designed by Lissoni & partners. Roza Rossa – reconstruction of a historic building built in 1929. The height of the house is up to six floors. It is designed for 120 service apartments with a footage of 25-295 square meters, including eight penthouses with terraces. The interiors of the apartments, also created by Lissoni & Partners, provide finishing in White mood style in the spirit of Italian minimalism, equipping the kitchen and bathrooms. This is the most affordable project: the average price per square meter. meters here is 0.9 million rubles. In addition, Roza Rossa is one of the three leading elite projects in the capital in terms of the number of preschool institutions in the first quarter of 2022. A boutique hotel operated by the Metropol Hotel will open in the same building. Residents of the apartments will be able to use the service. On the ground floor there will be a SPA-zone with a swimming pool and fitness, boutiques, restaurants and bars, meeting rooms. There will be landscape gardening in the courtyard, on the underground floors – parking for 99 cars, technical places, rooms for bicycles and motorcycles. 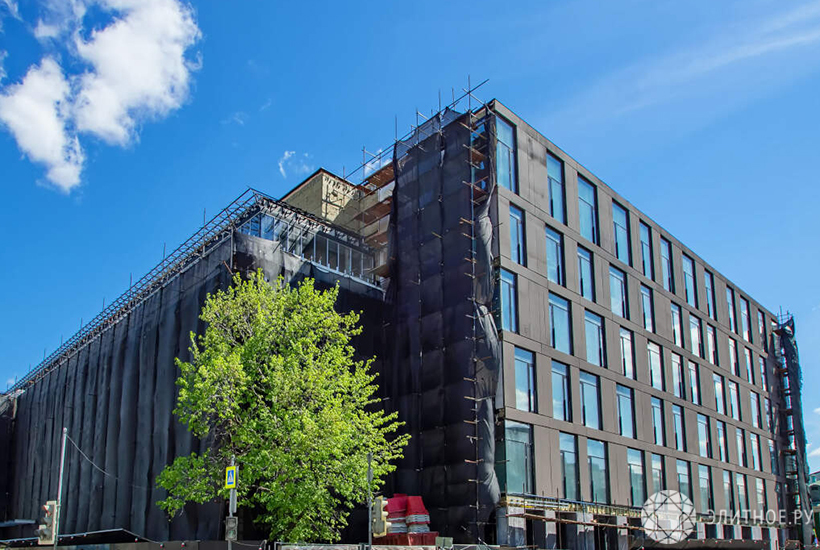 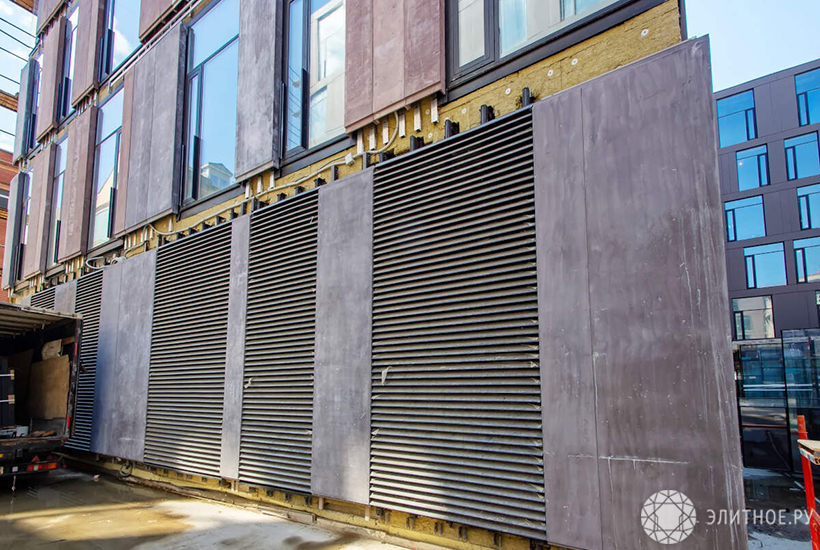 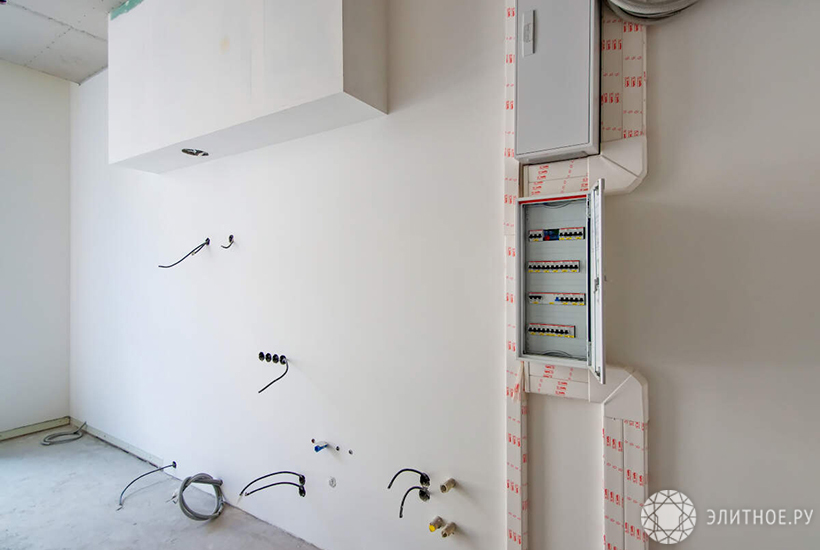 The nine-story building Pirogovskaya 14 will be commissioned in the third quarter. This is another project in Khamovniki, located near the Usachevsky market, from which, by the way, residents of Pirogovskaya 14 can order delivery through the concierge service. Implementation is carried out by Elbert Development Group. The architectural solution was carried out by the Green Design Society. The house provides 53 apartments with an area of ​​61-282 sq. meters. All are handed over with finishing according to the project of the London studio Hesse Macken Studio. They also equip kitchens and bathrooms, dressing rooms. On average, a “square” costs 1.8 million rubles. Residents can use the fitness room for free. There is a dry cleaning station. A garden will be laid out on the territory, and there will be a parking lot for 61 cars at the underground level. 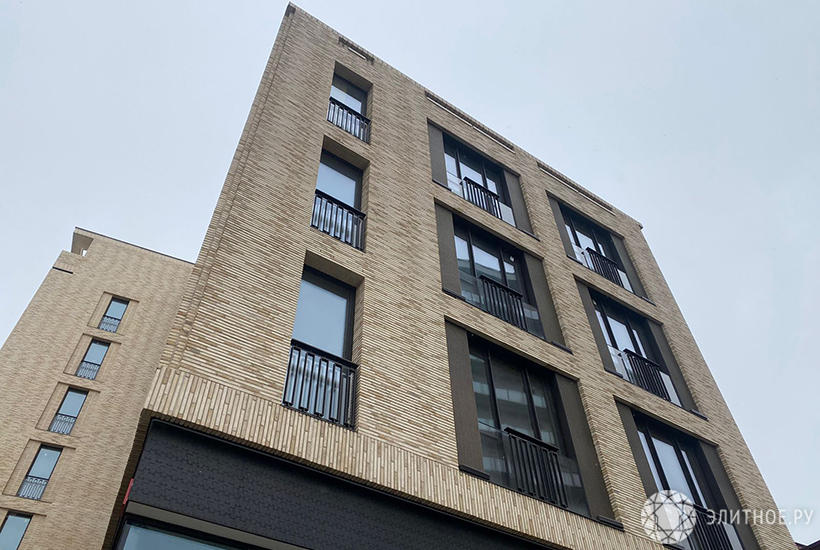 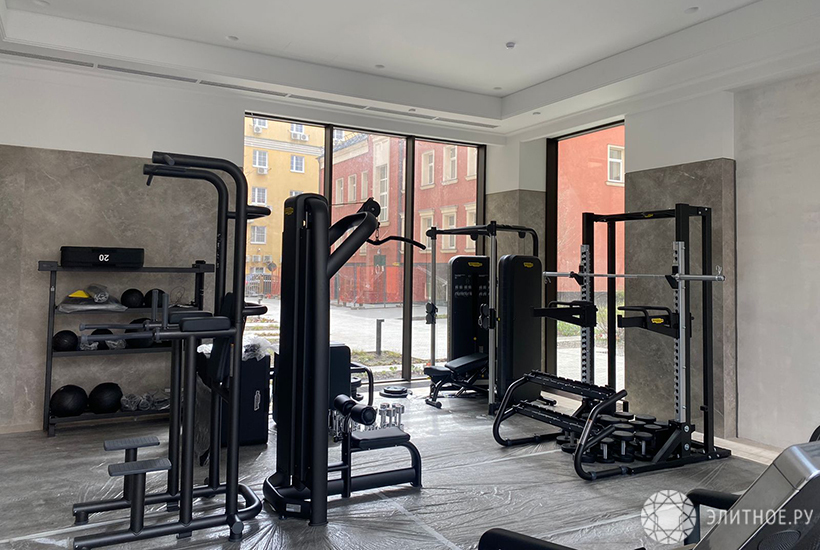 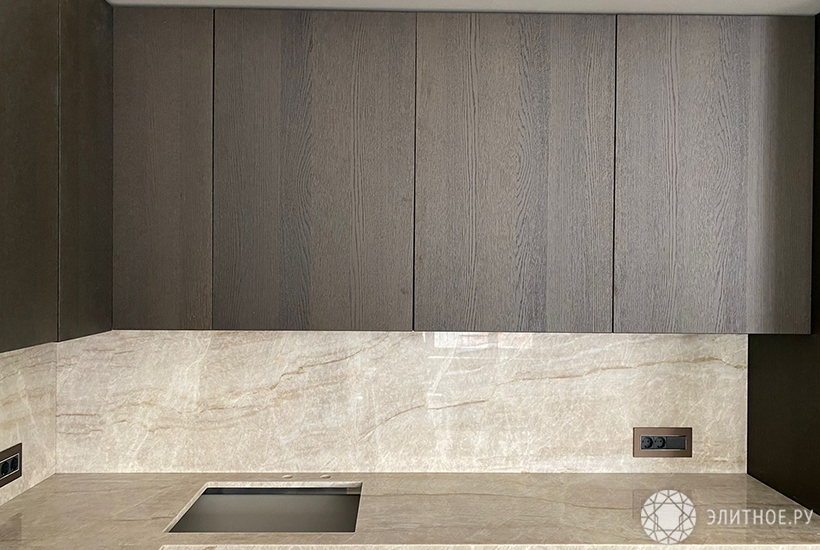 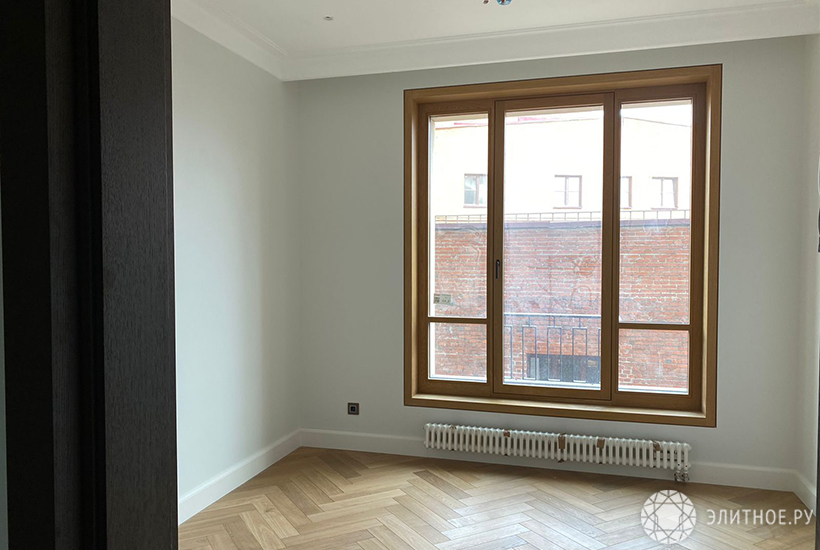 The Bolshaya Dmitrovka IX complex will also be completed in July-September. The project is located within walking distance from the Kremlin – on the site of the former estate of Major General Nikolai Muravyov – and includes three six-story buildings. This is “History”, a former apartment building, and the new buildings “Light” and “Breed”. Bolshaya Dmitrovka IX is being sold by Ingeocenter. The project for the restoration of the historic house was developed by the Faros company. The author of the architectural solution, as in Cloud Nine, was the Tsimailo, Lyashenko and Partners bureau. The houses have 75 apartments and 18 penthouses with an area of ​​74-344 sq. meters. Everything is rented out with repairs, household appliances, bathrooms and wardrobes. In the “History” apartments will be decorated in the styles of classicism, neoclassicism and minimalism, in the houses “Breed” and “Light” – according to the design projects “Light”, “Dark” and “Neutral”. The project is the most expensive of the handed over this year. Average price per sq. meters here reaches 2.3 million rubles. The complex will open a fitness club, a child development center, a lounge area and a depository. They will improve the territory, make a mirror alley and a mini-park with lindens and a pond. The underground level provides parking for 218 cars, an elevator for sports cars and a station for charging electric cars.

READ:  The balance of nature and architecture: building with interesting ideas in Spain 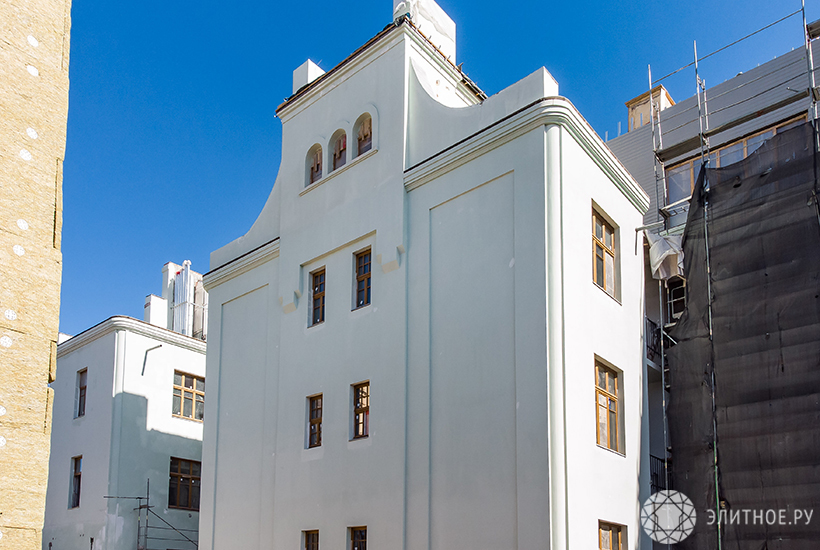 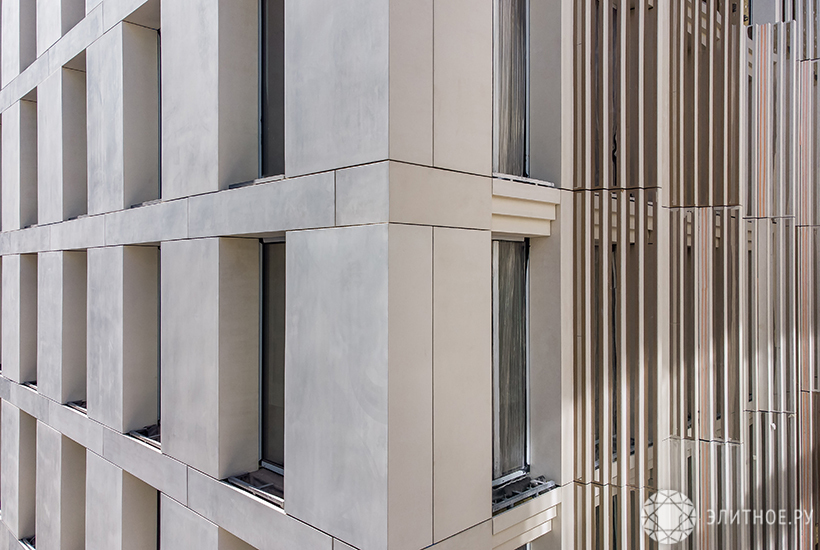 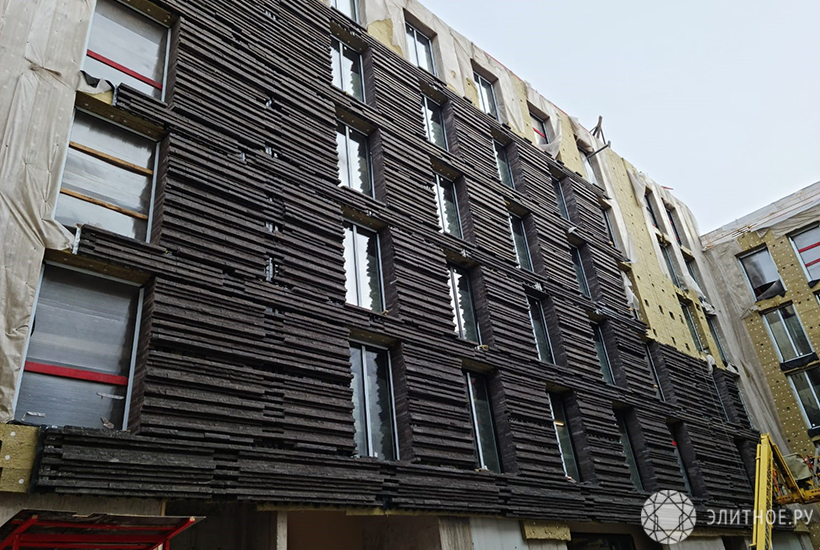 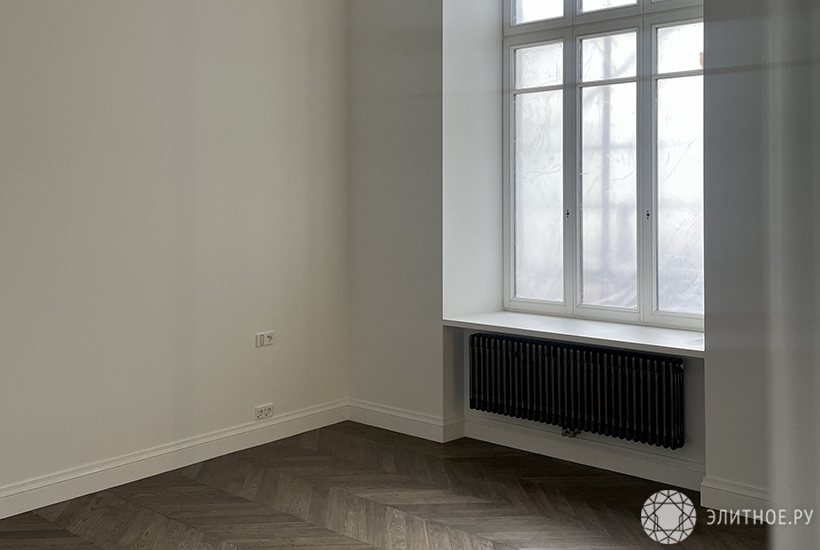 This project, like the other two, will be completed in the fourth quarter. “Tessinsky, 1” is located near Serebryanicheskaya embankment, about a kilometer from the Zaryadye park. Insigma is implementing a complex designed by architect Sergey Skuratov. “Tessinsky, 1” – a reconstructed house of the second half of the 19th century. The height of the building is from four to eight floors. The house has 64 apartments and seven penthouses for 50-442 sq. meters. The penthouses have patio terraces and can also be equipped with a fireplace. Two duplex apartments have separate entrances. On average, buying a home will cost 1 million rubles per square meter. meter. They will make a fitness area and a yard with a pond and lawns. An underground car park with 47 spaces will appear. 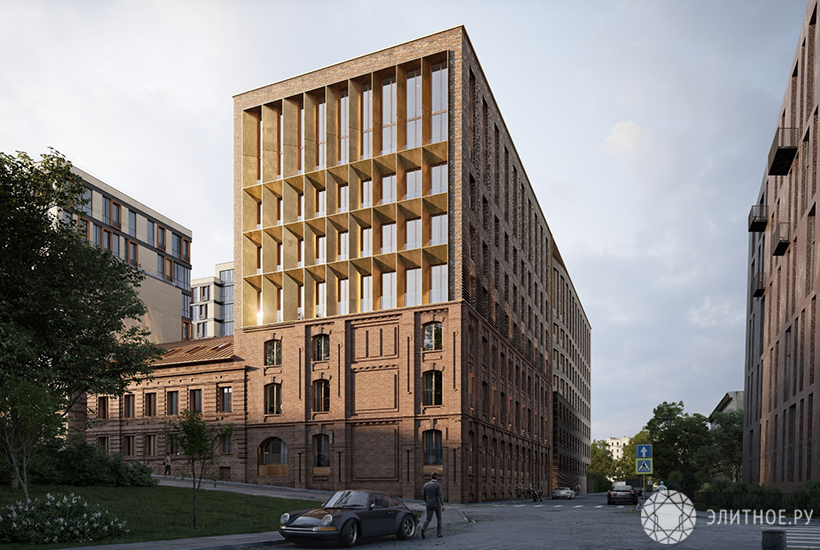 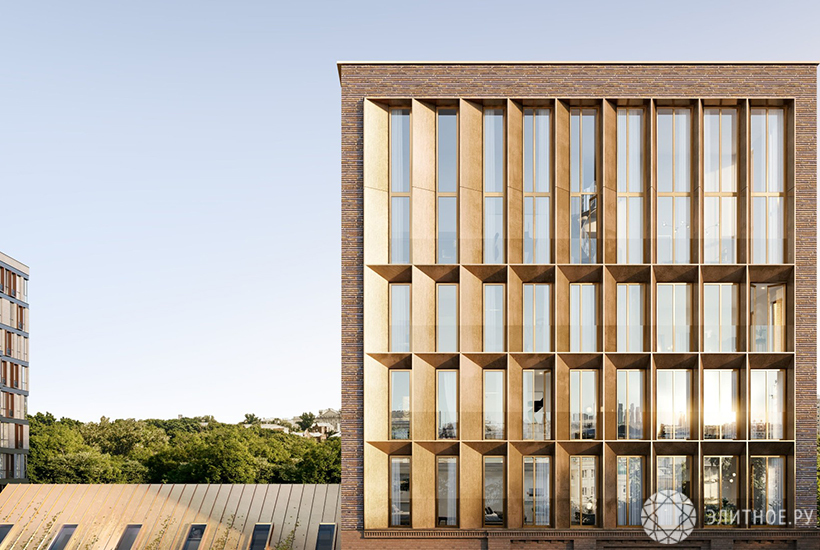 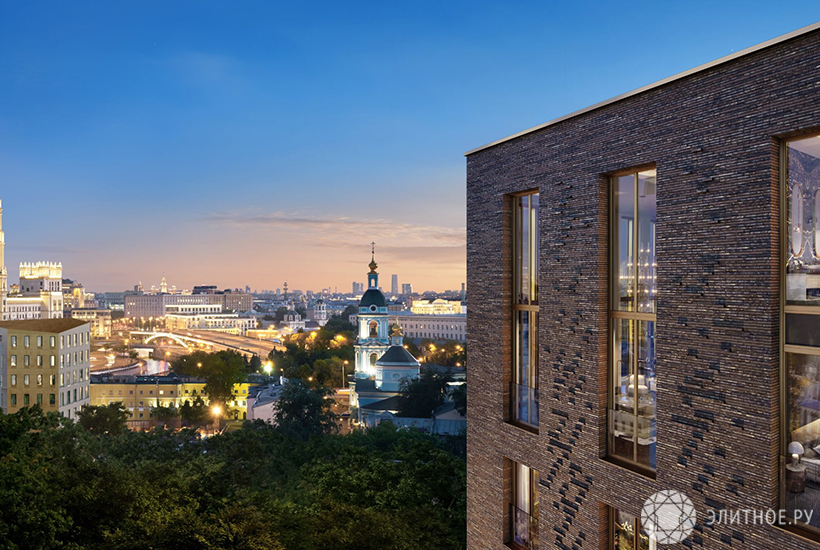 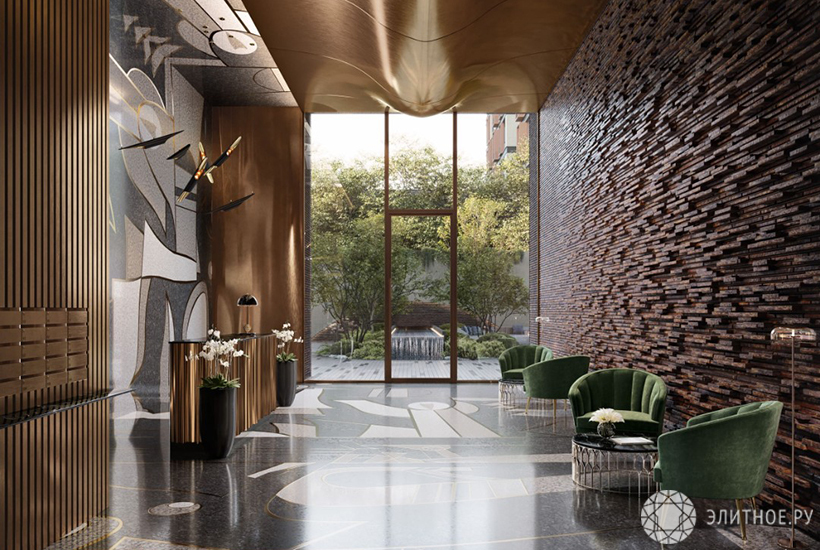 The Patricks, as the name implies, is built on the Patriarch's Ponds. As part of the project, R4S Group is reconstructing a five-story building built in 1900 and owned by the Rossiya insurance company. The house is designed for nine apartments for 55-113 “squares. In addition, the top floor is reserved for a two-level penthouse of 187 sq. meters with an elevator, as well as a terrace with a kitchen and a seating area with a garden. The developer sells all apartments with finishing, finished bathrooms and kitchens. sq. meter costs an average of 1.5 million rubles. On the ground floor of the house, the Coffeemania restaurant and the Bluefin Japanese restaurant will open. They include serving the residents of the house with the help of a concierge service. 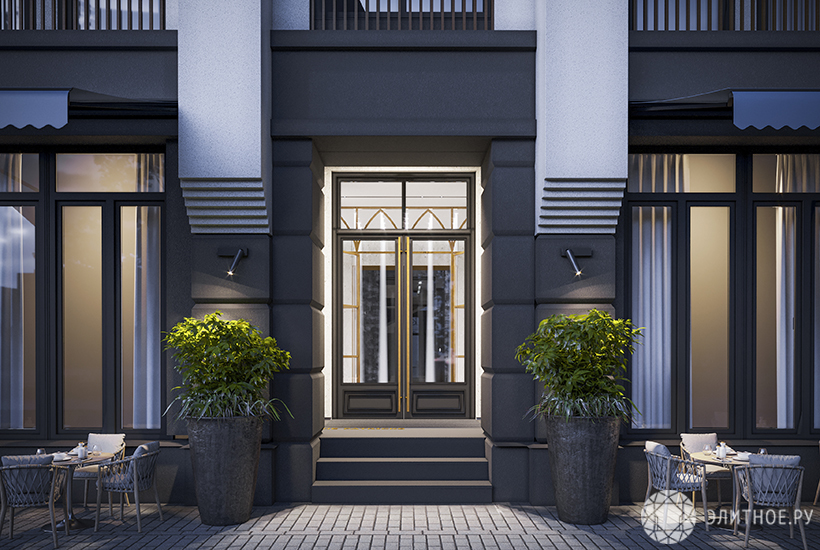 Turgenev is located in the area of ​​Chistye Prudy, on the site of the demolished tenement house of Borodin. The Neostroy company will build a nine-story building for 93 apartments with finishing. Areas vary from 56 to 316 sq. meters. The average housing price is 1.7 million rubles per sq. m. meter. There is a Wellness-Spa zone, a swimming pool, fitness, a cinema, a restaurant, a wine room and a cigar lounge, a yard-garden. There will be a two-level parking for 168 cars plus chargers for electric vehicles. There are also storage rooms. 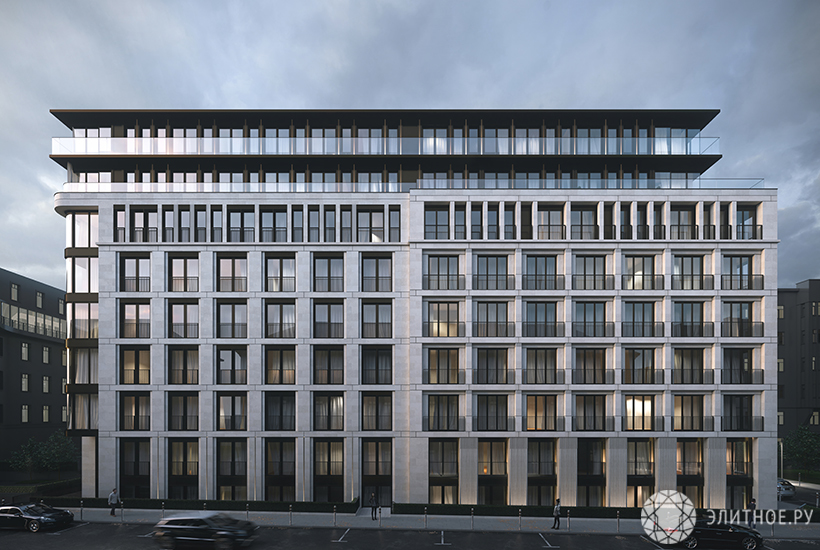 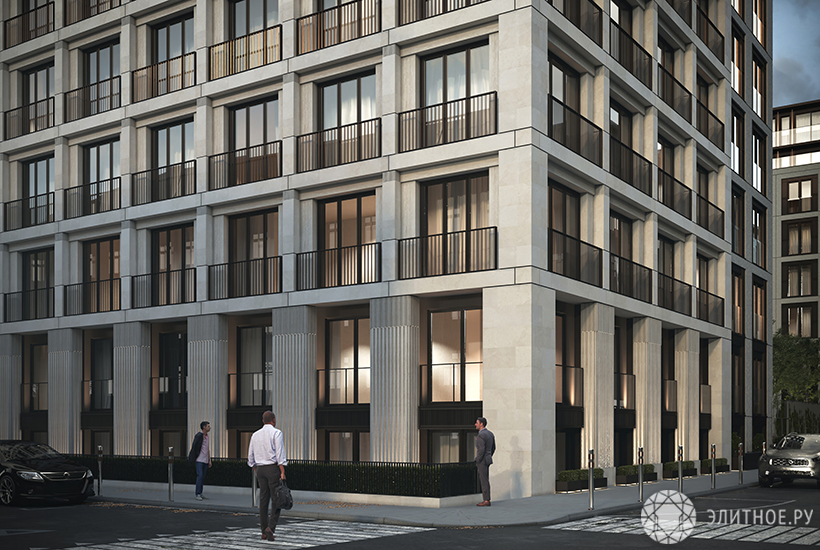 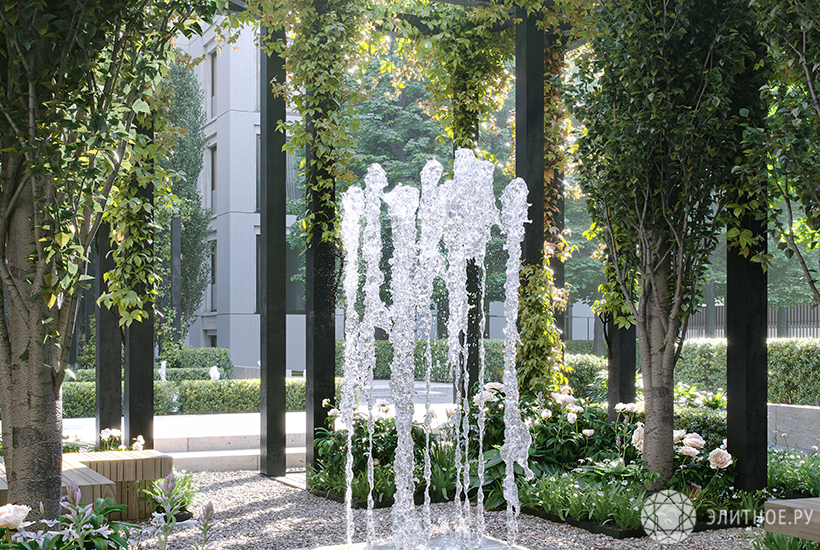 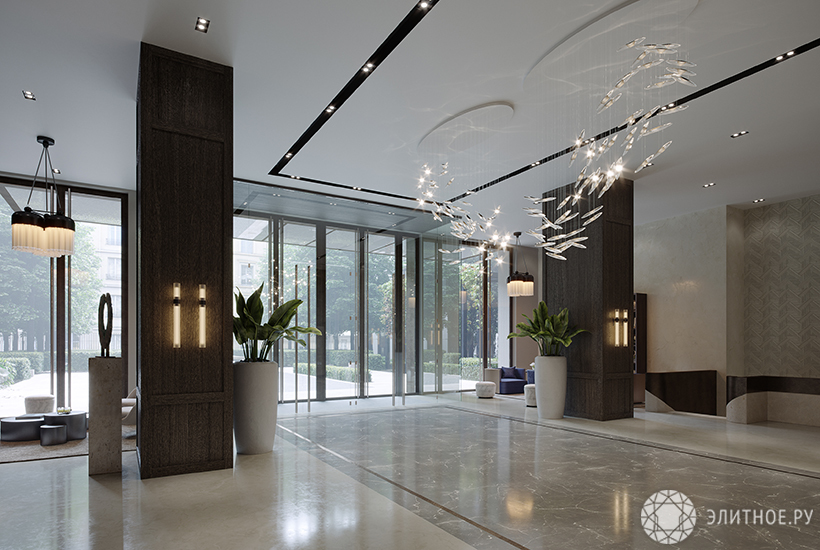 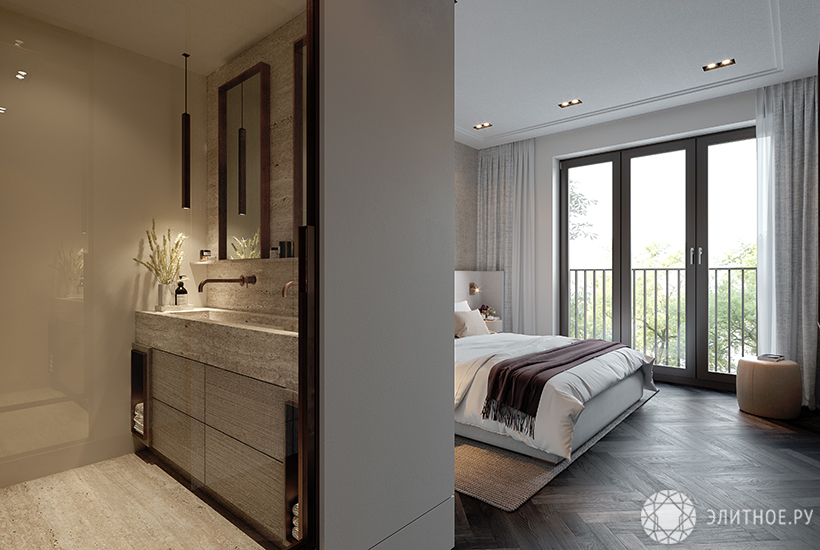 “Euro-substitution” in elite new buildings, or China and Turkey will help us

Designer bed from Gie El made of sculpted planks of oak

Shades of turquoise in the interior of the apartment in eagle