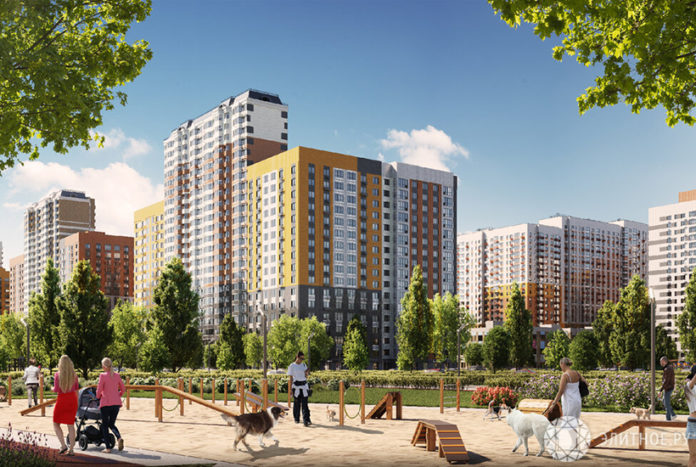 In modern panel houses the combination of price and quality is optimal, and the properties of the new series are not inferior to the monolith 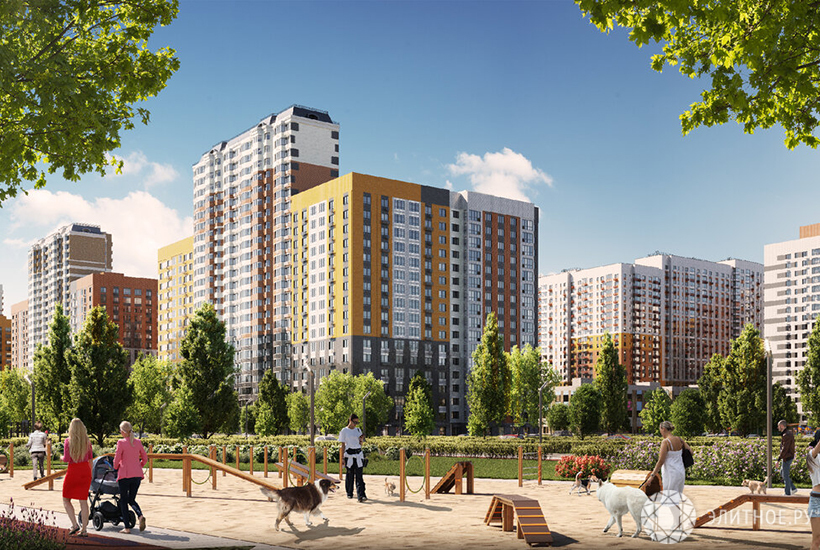 A simple, at first glance, riddle: can you distinguish a panel house from a monolithic one? No, we are not talking about the old panel of the 60-80s and not about the recognizable P-44t series, but about the modern series. Do you know that panel-monolithic construction has also been practiced for a long time? Visually, such houses are almost impossible to distinguish from monolithic ones. Let's understand the nuances, because knowledge is a power that will help in the end not to overpay for the imaginary advantages of a “real monolith”.

Reinforced concrete is full of rumors

In fact, both of these building technologies use reinforced concrete. The only difference is that the monolith is poured directly on the construction site, and the panel is made at the factory. The popularity of the monolith and the stereotype that a monolithic house is a priori better, more comfortable, warmer, more soundproof than an industrial one, was formed due to the fact that initially only business and elite class housing was built using this technology. However, this construct was gradually “mastered” by developers of the mass segment: now in the capital, only 60% of new comfort-class buildings are monolithic (data from the BEST-Novostroy company). 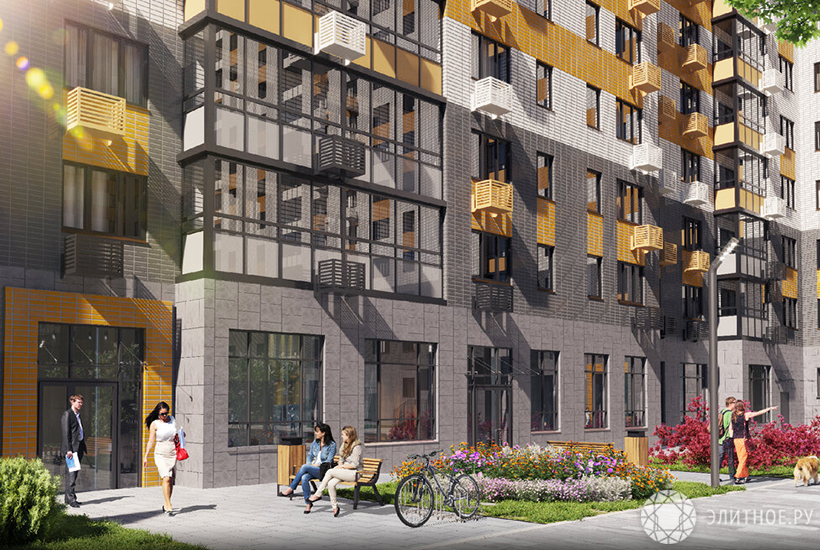 The mere fact that the developer uses monolithic casting technology, and not factory panels, does not relieve the end user of the general disadvantages of reinforced concrete. The main thing is who and how designs the houses, what is the control over the quality of construction. In reality, residents of monolithic houses can also complain about low ceilings, and noise from neighboring apartments, and non-functional corridors and elongated kitchens. And often in monolithic houses, window openings are of different sizes: both narrow and wide. This is done to diversify the drawing of the facade. Yes, it looks beautiful, but in real life the buyer of such an apartment can get, for example, a kitchen with a “loophole” window or a room with two narrow windows instead of one full-fledged one (I myself live in such a house built in 2018, so I know what I'm talking about) … In houses built in an industrial way, such surprises are excluded.

READ:  How the self-isolation regime "cured" the elite suburban housing market in the Moscow region

Even the most significant plus of the monolith, on which marketers literally “hooked” buyers – free layouts – and that has already partly taken over the panel of modern series. The fact is that these modifications of the panel are also called improved for a reason, since they take into account and eliminate the shortcomings of previous developments, primarily Soviet ones. Gone are the small cramped kitchens of 6-7 sq. meters, tiny hallways in which it was impossible for two people to turn around, low ceilings, small windows, lack of bathrooms in large apartments and much more. Improved layouts are worth looking for in such modern series as P44-t, P44-m, DomRik and DomNad.

For example, in the residential complex “Yuzhnaya Bitsa” (in the photo above, the developer is FGC, the manufacturer of panels is DSK-1), which is built using the technology of a prefabricated monolithic frame with panel walls, 2-3-room apartments with two bathrooms are offered, and in 4 -room there is a layout option even with three bathrooms! Could this have been imagined in the Soviet “panel”? In the residential complex “1st Lermontovsky” (pictured below), the developer adopted another business class feature – a window in the bathroom (!). This is now one of the most fashionable trends that are being introduced into business-class housing. Kitchen areas: from 8.5 to 17 sq. meters (in variants of euro-layouts). Windows with lowered sills are designed in the rooms for the best insolation, and doorways are increased up to 1 meter, which makes it easier to bring in and take out furniture, as well as roll strollers and bicycles into the apartment.

The monolithic ground floor in panel houses of some of the modernized series also allows you to diversify the entrance groups and make a comfortable entrance at ground level, without piling up ramps and steps near the house. 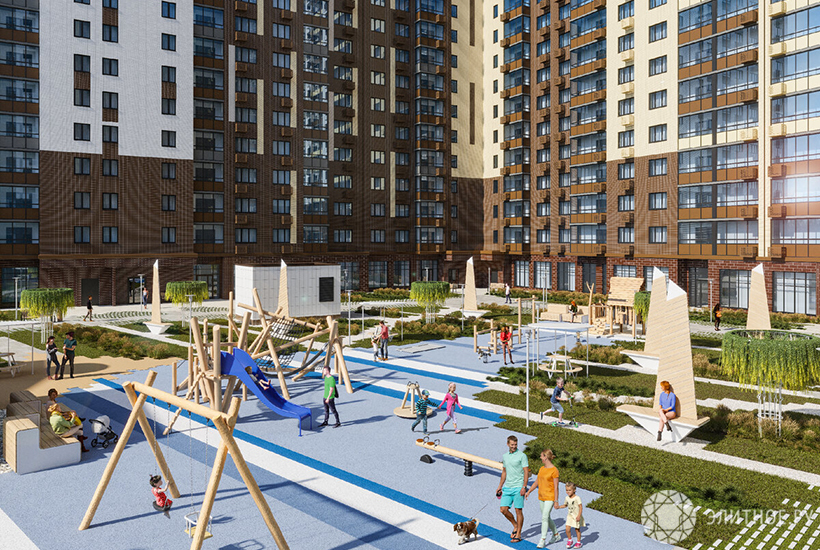 Not to mention that the new panel has underground parking! By the way, in the “1st Lermontovsky” now when buying a 3-room apartment for parking there is a 50% discount. What you need for a large family: after all, as a rule, “three rubles” are bought by families with at least 1-2 children, and their own car becomes a necessity.

A house with character: colored facades and bay windows

Of course, you can find fault with the appearance of the panels: they say, they all look the same. However, remember what the question was asked at the very beginning of our text. Can you distinguish a modern panel house from a monolithic one, especially if the latter also uses a facade plastered with colored concrete or clinker tiles? Compare the facades of the residential complex “Sherem'yevsky”, the residential complex “Lefortovo Park” (pictured below) and, for example, the residential complex “Polyarnaya 25”. Externally, these are the same buildings with smooth, monochromatic or 2-3-colored facades without balconies, but with air conditioning units. However, in terms of design, the first two projects are monolithic, and the last one is panel.

But houses from DSK-1 can combine reinforced concrete products of different series in one house, which makes the facades more expressive not only in color, but also architecturally: for example, central sections of a house can be decorated with bay windows or half windows. Sections can be of different heights. Decorative clinker tiles are often used in the decoration, and the house seems to be built of bricks.

So, if you are now in the process of looking for new housing, take a look at modern panel houses: the combination of price and quality in them is optimal (for example, in” 1st Lermontovsky “prices start from 5.4 million rubles), and the properties of the new series are not inferior to the monolith. So, as they say, why pay more?

Three myths about the premium housing market, or why “elite” is not only the “Golden...

Budget Bedroom Makeover | Using What You Have

Everything and more: the apartment is a lover of decor and objects of art in...

Green, white or pastel: 3 beautiful version of the Christmas decoration from Skona Hem