The district will appeal to those who do not want to overpay for pathos, but want to be in the very center of the cultural and business life of Moscow

The area of ​​the Paveletsky railway station is not what it used to be. The reconstruction of the main square is being completed here, and by the end of 2021 another attraction will appear with benches, swings, lawns, street food and an underground space, which has already been dubbed the twin of Zaryadye. This can radically change the face of Paveletskaya, and the location between the Tretyakov Gallery and Danilovsky Market makes this area almost an analogue of Khamovnikov. This is happening slowly but surely. 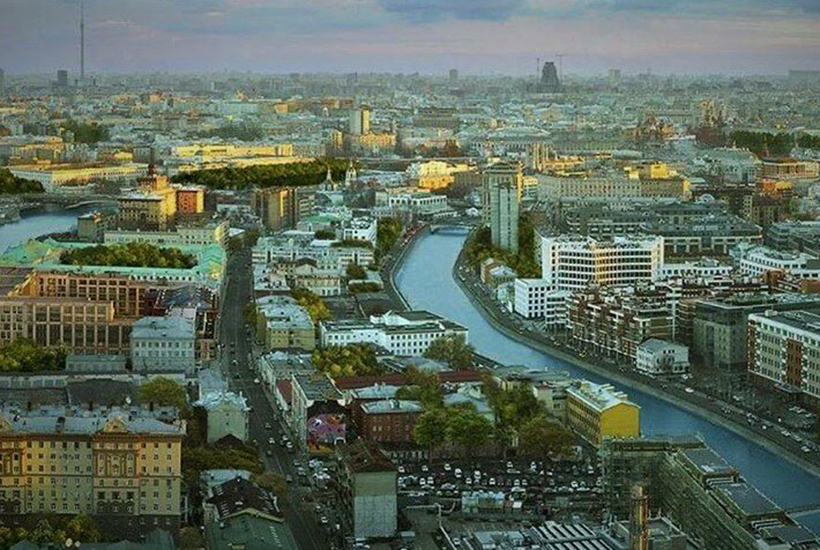 It is believed that the Zamoskvorechye area is limited to the Garden Ring (beyond which, perhaps, there is no life for some). I hasten to surprise you: administratively Zamoskvorechye extends further, almost to the middle of Dubininskaya Street, where the border with the Danilovsky District passes. And the ongoing metropolitan diffusion of districts is doing its job: there is no longer any point in strictly dividing districts according to their postal characteristics. That is why the location “near Paveletskaya” has other, more logical boundaries: it is the territory between the Garden Ring, Pavlovskaya Street, Danilovsky Val and Derbenevskaya Embankment.

And, of course, this is the real center of Moscow, which means a huge layer of centuries-old history. You can feel it both on the narrow streets of Zamoskvorechye and at the Danilov Monastery. The intersection of Dubininskaya Street and Shchipok Street is a real time machine: the building at 51 Dubininskaya Street once housed Ardalionov's estate – an example of Russian classicism (now the Institute of Economics and Business is located here), right opposite the estate is the house of the merchant Kruglov, in which once there was a butcher shop, and Sergei Yesenin's father also worked in the office.

Old-timers can also remember the historical route of the annushka tram, which ran from Chistye Prudy to Zatsepskaya Square, and there was a tram “ring” around the Church of Flora and Lavra, which was liquidated in the 90s. The slender silhouette of the Shukhov Tower (pictured below) has remained unchanged for these places, it is perfectly visible from almost anywhere in the district.

In recent years, the quarters near Paveletskaya have increasingly begun to gravitate towards the Central Administrative District rather than the Southern Administrative District. And this is largely due to the fashion for lofts, which successfully coincided with the need to move outside the center of the capital various industrial enterprises, whose territories began to replenish the scarce land bank for residential development. The area of ​​the Paveletsky railway station has always been rich in such sites, and gradually a creative cluster that was first hidden, but widely known in narrow bohemian circles, was formed here.

READ:  How much does it cost to live on Kutuzovsky Prospekt?

So, in the area of ​​Dubininskaya Street, lofts and pavilions for events and parties, various rehearsal facilities settled, a new music club was opened in 1930 (after the general “death” of concert halls, when the legendary clubs B2, Apelsin, Tochka, Caviar, Ray Just Arena, Roll Hall and others, the opening of a new club is a real event).

And also near Paveletskaya, companies specializing in conducting quests are concentrated – this is a fairly new, but already won the love of young people, immersive fun for tickling nerves and/or testing stress resistance. All large quest laboratories operate in the Paveletskaya area: Claustrophobia, Trap, Quest World, Lost and others.

The young spirit of the district is fueled by the Higher School of Economics located here, PRUE. Plekhanov, the Engineering Academy of the RUDN University, the College of Information Technologies, the National Institute of Design and the School of Design. There are many offices and business centers here (these are Paveletskaya Plaza (pictured above), and Vivaldi Plaza, and the trendy loft quarter Novospassky, BC Pionersky, Derbenevskaya Plaza and at least a dozen others objects). Their employees are most often also young professionals who rent apartments nearby, go to dine at local restaurants and often buy at the Danilovsky market.

The House of Music (pictured above), built in the early 2000s on Kosmodamianskaya embankment, – one of the largest philharmonic complexes in the country and in the world, allows you to attend concerts of world stars performing in a variety of genres, from opera to jazz and rock. 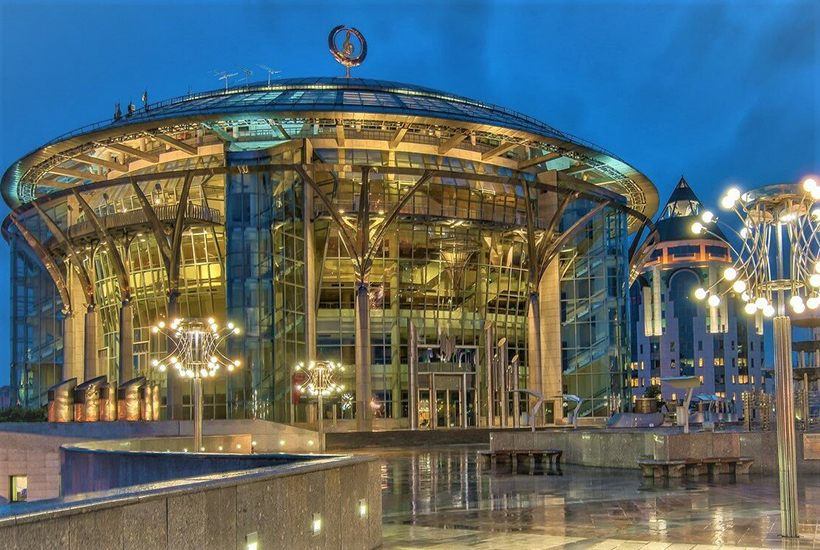 its eastern border is actually a 5-kilometer promenade along the river. Three embankments at once – Shluzovaya, Derbenevskaya and Danilovskaya – provide endless opportunities for sports, morning and evening jogging, cycling, rollerblading or scooter riding, walking or leisurely walks.

In general, the area is becoming very attractive primarily for an active young audience. And, of course, sooner or later she has a request to buy her own home. What should they choose? And in general – is it real: to buy your own apartment in the center of Moscow?

There are about 500 apartments and apartments on the secondary market. If we cut off the apartments, then the cheapest apartments are located in old panel houses built in the 1960s, within transport accessibility from the metro. The budget for the purchase of a 32-meter “odnushka” starts at 9 million rubles. If the metro is no more than 10 minutes' walk away, you should count on a budget of 12 million rubles for a 1-room apartment and from 16 million rubles for a 2-room apartment in the old fund. Prices for three rubles start at 19 million. But these are really old houses that do not meet modern needs. There are outdated layouts, a problem with parking, and sometimes with communications. 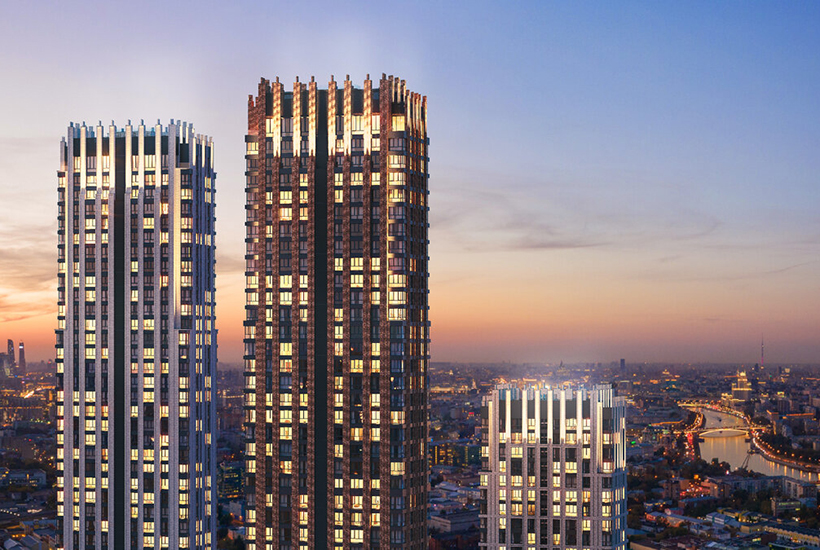 New buildings within walking distance from the metro station “Paveletskaya” quite a bit: 5 projects, of which 3 are apartments. The most affordable prices for apartments, taking into account the construction readiness of the project, are in the Paveletskaya City business class residential complex (pictured above) from the developers MR Group and Level Group.

The cost of a studio in this residential complex starts at 14.4 million rubles: such apartments can be found in the 18-storey Marilyn building. Yes, all the buildings in this residential complex are named after world cinema celebrities, which rhymes well with the creative atmosphere of the area. One-room apartments are also the most affordable among all new buildings in this location, from 16.45 million rubles (in the highest building – “Marlon”). The prices, I must say, already include the advanced pre-finishing MR Base with the erection of partitions and the layout of communications, thanks to which, according to the most conservative estimates, the buyer will save at least 20-30%. 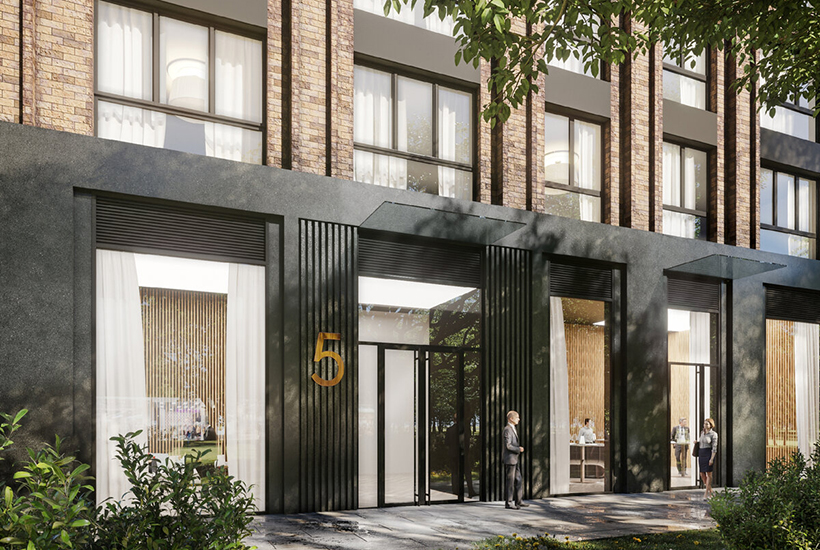 By the way, the thoughtful architecture of Paveletskaya City in the style of New York skyscrapers will add even more to the area respectability and polish, the SPICH bureau is responsible for this. The author's design decoration of the lobby by the architectural bureau of Oleg Klodt in the art deco style will remind residents of the great era of American cinema.

Modern engineering and innovative solutions will save residents from unnecessary hassle and wasting time: entering the parking lot will be carried out using a number reader, a high-speed elevator will deliver to the parking lot directly from the apartment, payment of utility bills, communication with the management company and ordering services will be available in a special application (yes , no need to call anywhere, everything is online, as we millennials love). Do you also dislike saving up things at home, cluttering the living space with wardrobes and cluttering up the balcony? The apartments have comfortable dressing rooms, and storage rooms for seasonal items or equipment are located on the underground floor.

Of course, all these are just details, and most importantly, it is still a district. Paveletskaya will definitely appeal to those who do not want to overpay for pathos (as in the same Khamovniki), but want to be in the very center of the cultural and business life of Moscow.

The black walls and the English style — a great combination!

Boxtrade Lands $50 Million in Another New Funding Round with IBM

The boutique hotel Little Albion in a former convent in Sydney

Solar interior in the North of Spain