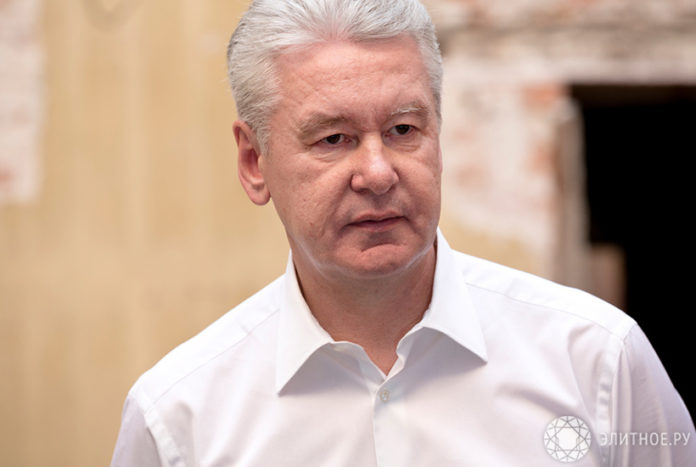 Recently, many Muscovites recall Yuri Luzhkov with nostalgia. We tried to compare the current mayor and his predecessor 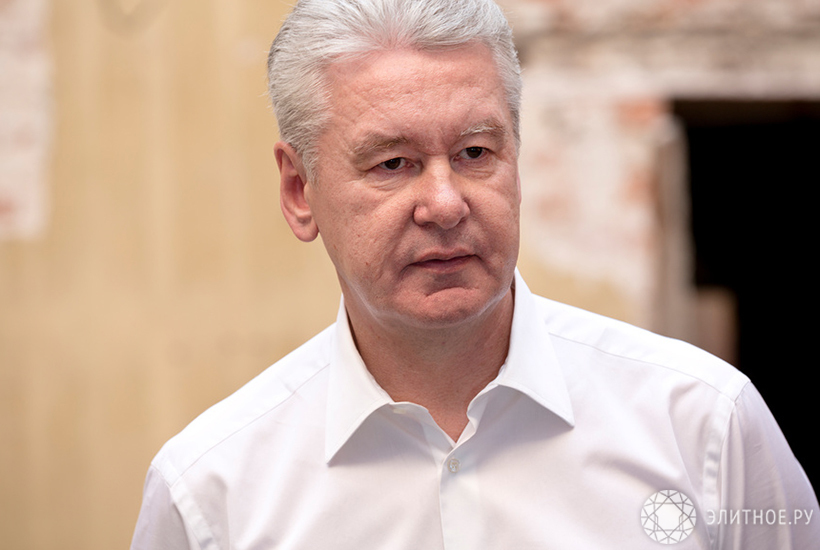 Zaryadye Park has become another stumbling block that has divided the residents of the capital into two camps: some, after visiting the park, write rave reviews on social networks, others boil with indignation. They say that the tiles were laid crookedly, and there is little greenery, and the bridge leading to nowhere rudely disturbs the view of the capital from the side of the Stone Bridge. In general, a much more reasonable application could be found for the 14 billion rubles spent on the construction of the park. Opponents of the park, who already do not favor the mayor of the capital Sergei Sobyanin, have finally established themselves in the opinion that “reindeer breeders have a place in the tundra”. However, most of the park's supporters do not feel much love for the mayor either. It's just that Sobyanin's Zaryadye Park, in their opinion, did not work out as badly as usual.

Muscovites did not like the new mayor. Parking lots, tiles, renovation … the list goes on. But there are no perfect leaders. This applies to both the director of a small company and the president of the country. Bosses are always evil, there are always dissatisfied ones. You can evaluate the leader in relation to his predecessor: it has become better than it was, or worse. And denouncing the current mayor, many opponents of Sobyanin fondly remember his predecessor Yuri Luzhkov, who ruled the city for 18 years. He often adds that the mayor of the capital must be a Muscovite. Let's try to figure out which of the two evils is the worst for Moscow – the Varangian from Tyumen Sobyanin or the native Muscovite Luzhkov?

Luzhkov – Muscovites have chosen. Sobyanin, in fact, was appointed. But with his arrival in Moscow, it rained money from the federal budget. The new mayor does not oppose himself to the Kremlin and he is given as much money as needed, and even more. In the late 2000s, Yuri Luzhkov turned to the federal authorities with a request to allocate 640 billion to 4 trillion rubles to solve the transport problem in the capital. Money was allocated to him on the lower bar. Sergei Sobyanin was given 6 trillion for the same purposes. 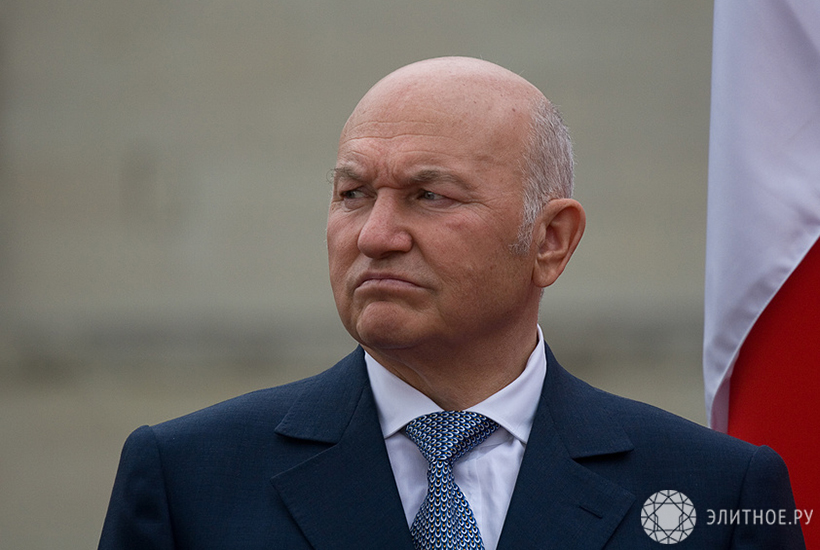 Of course, with this kind of funding, solving problems is much easier. But how Moscow would have changed if Luzhkov had been allocated 4 billion, it is difficult to imagine today. The former mayor has two transport megaprojects in the asset – the reconstruction of the Moscow Ring Road and the construction of the Third Transport Ring. Undoubtedly, the appearance of these highways has improved the transport situation. However, the cost of building these roads, according to Boris Nemtsov's report “Luzhkov. Results “, was the highest in the world: 1 km of the Moscow Ring Road cost the budget $ 100 million, 1 km of the Third Transport Ring – $ 117 million.

But this is not the limit. Yuri Luzhkov's plans were to build the Fourth Ring (project in the photo) in the peripheral part of the capital. The planned cost of the project exceeded 1 trillion rubles, and the construction of one kilometer of the Fourth Ring would cost the Moscow budget $ 537 million. “It is more expensive than building one kilometer of a tunnel under the English Channel,” Boris Nemtsov writes in his report. When I tried to calculate how much a kilometer of the Fourth Ring would cost in rubles, the phone gave a figure in exponential format. From a humanist point of view, infinity. 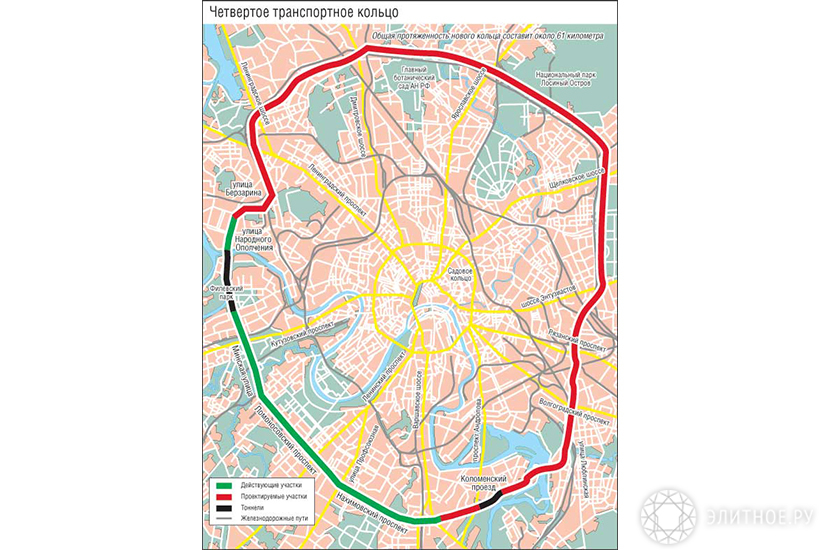 In 2011, Sergei Sobyanin closed the project for the construction of the Fourth Ring. The ring is a road that leads to nowhere. It is impossible to solve the problem in a large metropolis in this way. We need outbound highways, the construction of which was taken up by the new mayor. Over the past five years, according to the Moscow government, about 400 km of highways have been built in the city, as well as more than 100 tunnels, flyovers and overpasses. During the reign of Sobyanin, the length of roads increased by 10%, the number of road facilities – by 20%.

READ:  "Theater House" in the heart of Moscow. Historical quarter on Arbat

A lot of housing was built in Luzhkov's times, on average 5-6 million square meters. meters per year. Recently, residential real estate is rented 2-3 times less. However, it should be borne in mind that in the mid-2000s, the situation on the market for housing construction was favorable: apartment prices were growing by leaps and bounds, so there is no merit of the mayor. In addition, it is worth paying attention to several points. Firstly, a certain pool of developers was engaged in the construction of housing, in the forefront of which was the Inteko company, owned by the mayor's wife Elena Baturina. 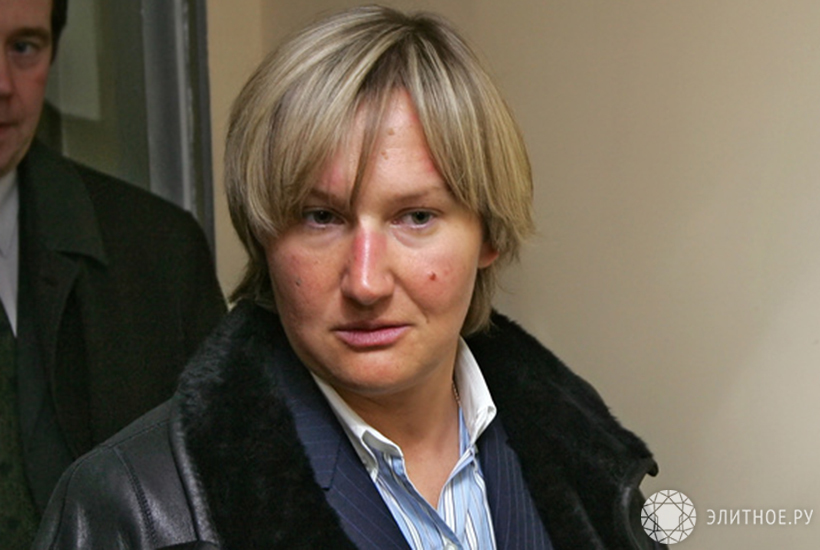 The Luzhkov couple treated Moscow like a landowner with their own fiefdom. On the sidelines, developers called Elena Baturina “mom”. And if mom wanted something, she always got what she wanted. Almost always. Many Muscovites remember how long the piece of land at Nikitsky Boulevard, 6/20, located in the vicinity of the Arbatskaya metro station, next to the House of Journalists, was empty for a long time. In 1994, Sokolniki Holding Company received this site. The demolition of the houses located there, the resettlement of tenants (almost 250 families) and the approval of the project took about five years and $ 10 million.

However, the developer failed to start construction, as the Inteko group became interested in the site. According to the general director of Sokolniki Holding Yuri Gekht, Mrs. Baturina wanted her to be given a plot. However, at the meeting, they were unable to agree on reimbursement of costs. Then Vladimir Resin, the head of the Moscow construction complex, met with Gecht, who discussed possible options for compensation from the city if Yuri Gecht ceded the site to Inteko. The developer did not concede.

Hecht's company failed to start work: Yuri Luzhkov terminated the contract with Sokolniki. The developer filed a lawsuit, but the proceedings dragged on for several years. In 2004, the Moscow government issued a decree, according to which the site was transferred to the structures of Telman Ismailov, another developer from the Luzhkov pool. Yuri Gekht did not give the site to Baturina, but he himself lost it. This story is described in detail in the article “King of the Arbat” (newspaper “Vedomosti” dated May 13, 2004).

During the reign of Yuri Luzhkov, about 350 historical buildings were demolished

Since the late 2000s, she is the only woman in Russia whose fortune exceeds $ 1 billion. It is significant that after Luzhkov was dismissed, Mrs. Baturina sold Inteko to Binbank co-owner Mikail Shishkhanov.

During the construction boom in the mid-2000s, the center of Moscow was seriously damaged. Hundreds of historic buildings have been demolished. According to the famous art critic and gallery owner Marat Gelman, who in 2010 was a member of the Public Chamber's commission for the preservation and development of national culture, during the reign of Yuri Luzhkov, about 350 historical buildings were demolished. 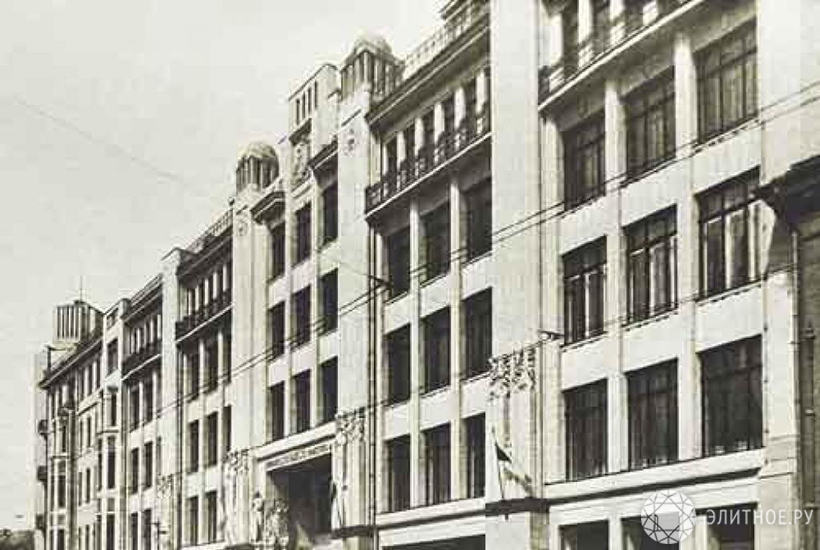 And according to the newspaper “Versia”, this figure is exactly twice as high (article “Our dear Moscow” dated September 21, 2013). The main losses of the city are the building of the central “Voentorg” (pictured) on Vozdvizhenka, Pikart's House on Sofiyskaya embankment, the architectural monument “Rector's House” on Mokhovaya Street. “Look what happened to the center of the capital,” complains Marat Gelman on the air of Radio Liberty. “If the tiles were laid crookedly, you can fix it, but what Luzhkov did with the Alexander Garden is forever.”

Divorce without a maiden name

Sobyanin also has a wife. Irina, nee Rubinchik. More precisely, it was. They lived together for almost 30 years, but in early 2014 they decided to divorce. Just a few months after Sergei Sobyanin was elected the plenipotentiary mayor of the capital (for three years he was only acting, having received these powers from the Moscow City Duma).

By that time, tiles were already being laid on the streets of Moscow. Sobyanin's wife is often associated in the press with the Aerodromdorstroy company, an enterprise that produces paving slabs, road curbs and slabs for airfield runways. Let us remind you that the main rival of Sergei Sobyanin in the mayoral elections in Moscow was opposition leader Alexei Navalny. He accused his rival of abusing his power. So, in 2011 alone, about 1 billion rubles were spent on laying tiles in the capital.

By divorce, the Sobyanin couple put an end to all conversations around the wife's business and real estate

At the same time, the family of the state official, according to the blogger, owned real estate for 300 million rubles. In particular, Anna Sobyanina, in the same 2011, got an apartment in an elite building on Kosygin Street, 2 (pictured), the market value of which at that time was $ 2.2-2.3 million. However, it was not possible to find any evidence that the Sobyanins' couple receives income from the “tile business” neither from Navalny, nor from other journalists and bloggers. 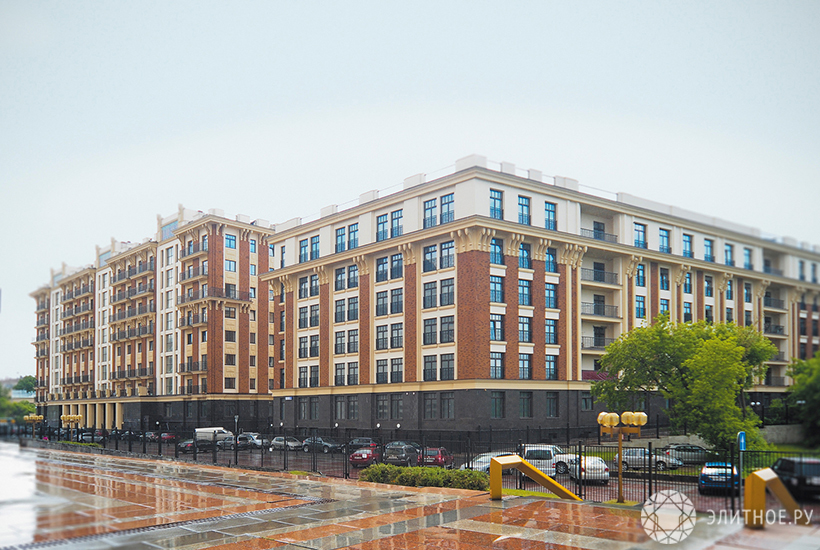 There are two versions of the reason for the divorce of the Sobyanins. First, the mayor was bored with marriage. The second version is based on the fact that the ex-wife of an official is not obliged to publicly declare her property and income. The fanatical zeal with which the tiles are being laid in Moscow cannot but arouse suspicion. And by divorce, the Sobyanin couple put an end to all conversations around the wife's business and real estate owned by their daughters. However, if we assume that Irina Sobyanina is still associated with the production of tiles, then her income is difficult to compare with Elena Baturina's business.

Park instead of a business center

In the end, the center of Moscow under Luzhkov began to turn into a huge business center. On the site of the hotel “Russia”, according to the decree of the Moscow government in 2004, it was also planned to build a large multifunctional complex. A competition was held, in which, contrary to logic, the winner was ST Development, owned by Shalva Chigirinsky, who was also one of the developers of the Luzhkovsky pool. Competitors – Bauholding Strabag AG (participating in the tender together with Dubai Investments as a co-investor) and Monab (structure of Eurofinance Mosnarbank) offered to invest 2 and 1.45 billion dollars in the project, respectively. ST Development announced and won 830 million. 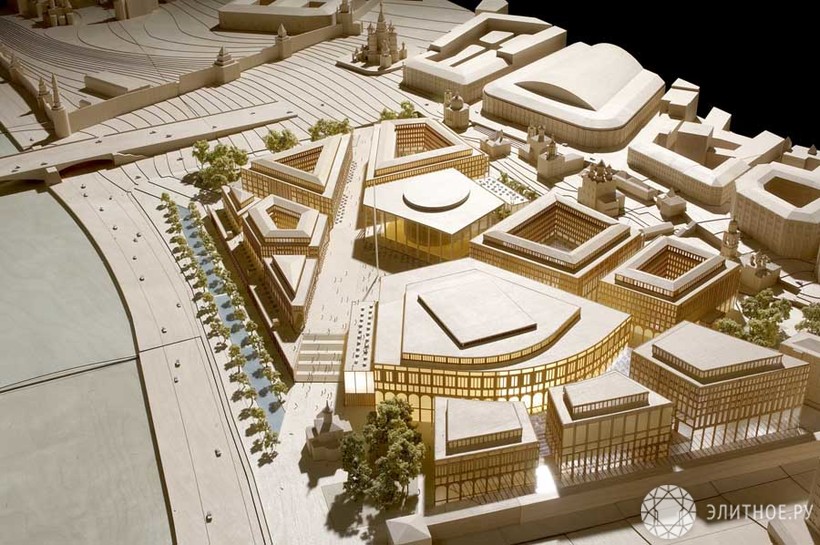 In 2007, at the request of “Monab”, the results of the competition were declared invalid. But the city authorities canceled the investment contract with Shalva Chigirinsky's company only in 2008, after the businessman was accused of tax evasion and fled to London. By that time, the Rossiya hotel had already been dismantled, and the site was surrounded by a fence. In this form, the site near the Kremlin stood for about five years. Only in 2012, at a meeting between Sergei Sobyanin and Russian President Vladimir Putin, it was announced that a park would be set up instead of a multifunctional complex on the site of the Rossiya Hotel. 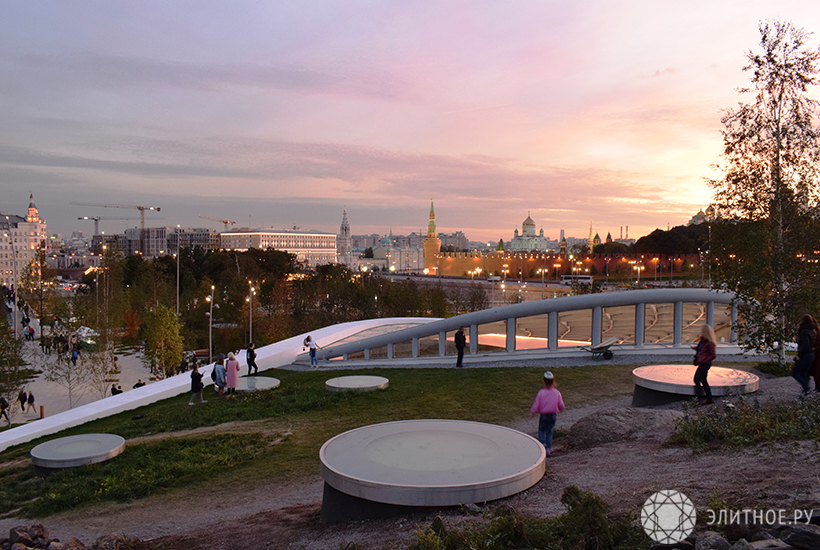 How to improve the quality of life: 10 strategies home comfort