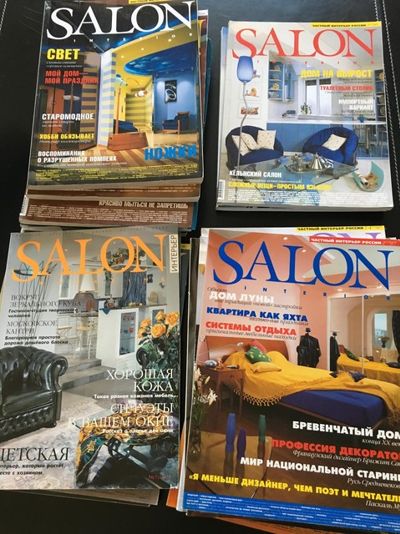 This material continues a series initiated by the article “History of design: Interiors of post-Soviet Moscow, 1989-1991” and “History of design: Interiors of post-Soviet Moscow in 1990-e years”. Now it’s hard to believe, but in the early 1990s in Russia was not a single profile of the interior of the print edition! Logs were brought from trips abroad, and passed from hand to hand. In 1994, pilot issue of the magazine SALON interiors, and in 1996 he began to reach out on a regular basis. Since then, the interior became a full subject of market relations.

With the advent of interior gloss architects like out of the shadows. Publication of papers in journals increased their awareness, demand and fees, and the presence of prominent projects were given a pass to the “elite club”.

The authors were competing in originality. Conceptual and material resources are rushed to at the end of the repair of the apartment less like an apartment turned into ancient ruins, Mediterranean Villa, a plane or a boat. 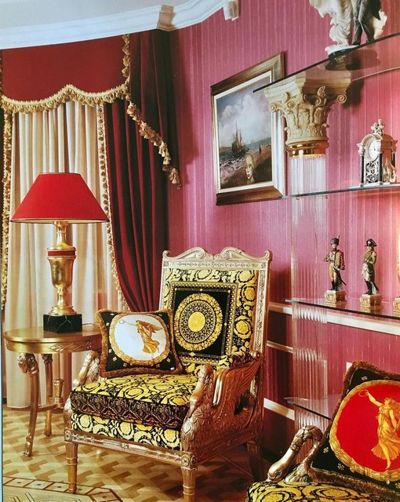 In the 1990s, was very fond of the word “elite”, which can be determined almost everything: wine, brand clothes, cars and, of course, the apartment. This marked the beginning of the psychological alienation of personal space from his master. Private interior ceased to be private. The apartment was offered to consider as the business card of the owner, a marker of its successful socialization. 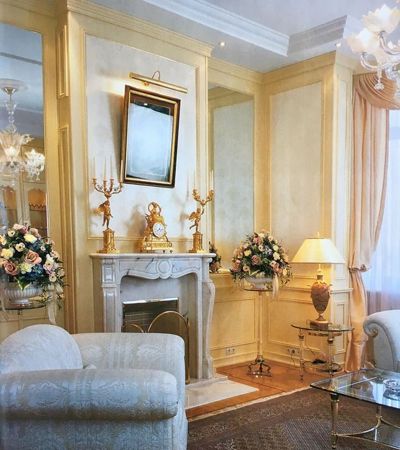 Photo: the Interior of the living room; the author of the project: Marina Putilovskaya, photo: Zinon Razutdinov. Published in Salon interiors, 1998, № 4

Symbol of luxury in the interior was immediately recognized by the neoclassical style, which became a phenomenon more linguistic than applied. The phrase “English homes”, “French Versailles”, “Russian Empire” caressed the ear of applicants for membership in the elite and unite the common concept of “classics”. 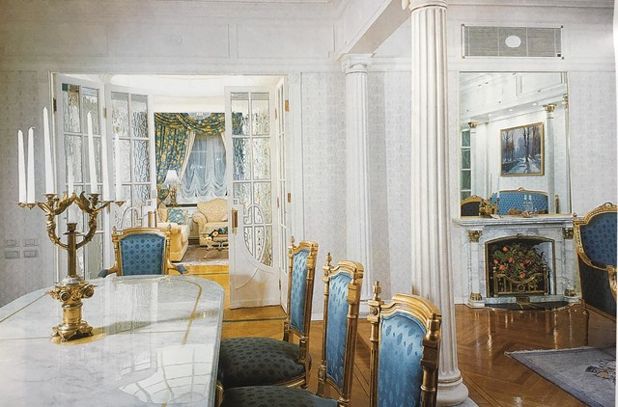 Photo: the Interior of the dining room; the author of the project: Alla Veitsman, photo: Zinon Razutdinov. Published in Salon interiors, 1997, No. 1

READ:  The apartment is a designer with interesting details Madrid (95 sq m) 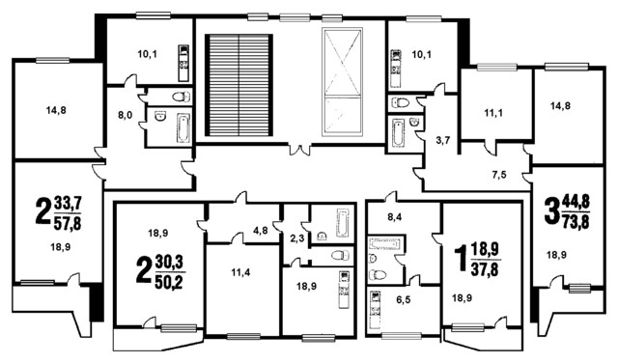 On the photo: Model layout of the house series P-44

In the second half of 1990-ies in Moscow, there was another important event. In the area of metro station “Academic”, on the site of a ruined brick factory, was built a new residential neighborhood. The property was purchased typical apartments in panel houses of series P-44 and cope. The apartment was a concrete box with bearing walls and a standard layout. 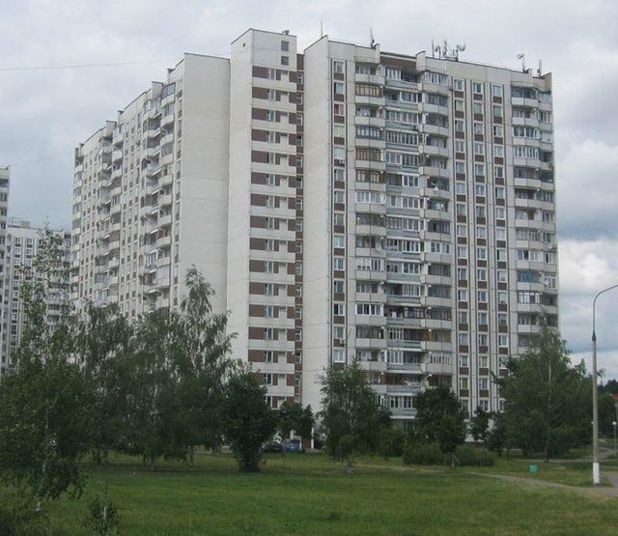 Many families bought multiple apartments in one stairwell and then combined them. It was then introduced restrictions on the redevelopment. Regulated the location of wet areas, the formation of openings in bearing walls, functionality of the space. 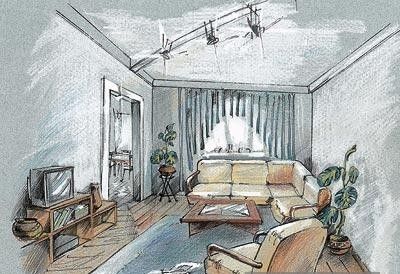 Photo: One of the sketches of the project apartment house series P-44

The mouthpiece of the search for innovative solutions in standard situations was the magazine “Ideas of Your House”. For example, in one of the rooms in 1998 the reader was offered six (!) of options for redevelopment of two-bedroom apartments in the typical panel house.

Photo: One of the sketches of the project apartment house series P-44

The concept was called: “the Lost world”, “More air and light”, “Theatre of shadows”, “Two in one”, “Comfort in pastel tones”, and the “Happy deliverance from the corridor.” Each option was accompanied by a plan and perspective sketch. 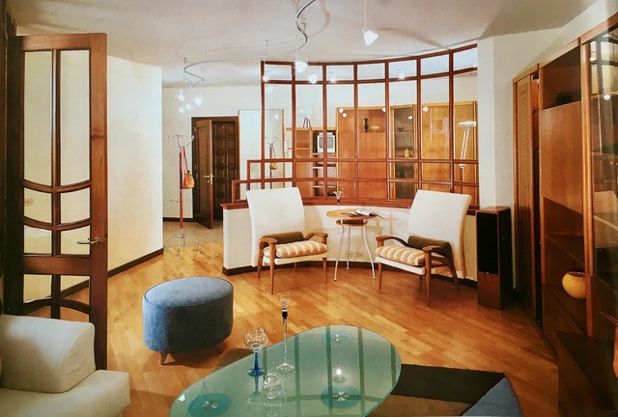 Photo: the Interior of the living room; the author of the project: the architect V. Kosenko

It would seem that in conditions of severe limitations, the development of the design project should be reduced to the decorative design of walls and selection of furniture. But the resistance to all standard and imposed it so much that customers wanted to find an original solution. “The apartment is not in the center” is a project with the photo above. Round wall, wood design, sleek furniture, and three in P-44 do not know. 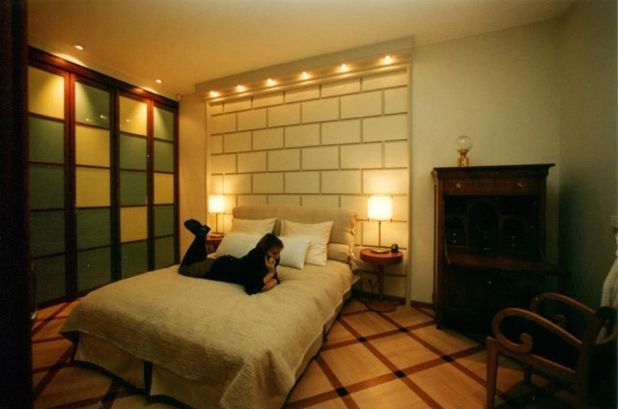 Photo: the Interior of a bedroom; from the archive of A. Stenberg

Features, previously considered a subsidiary, acquired decorative value. Kitchen furniture, appliances, fitted wardrobes began to play an important role in the formation of space. The fact that they are not so easy to replaced, as a free-standing, furniture — increased responsibility in their selection. The market responded to the emergence of numerous workshops for the production of built-in furniture.

READ:  A couple from the United States turned the old fish shop in a cozy summer cottage 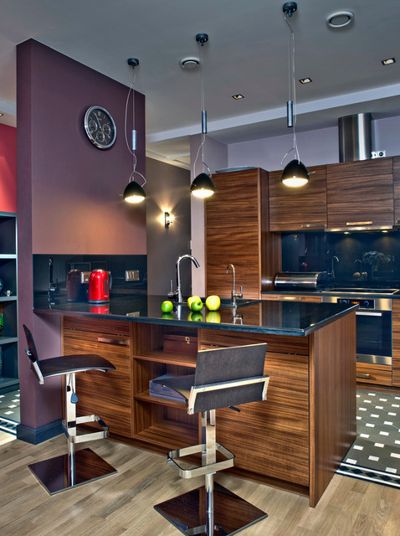 Photo: the kitchen Project; from the author’s archive

In that moment, when the plan of the apartment is no longer perceived as a given, has significantly changed the attitude of the zoning area. Kitchen immediately ceased to be a technical room and merged with the living room. In the specification of premises, new name: Laundry room, utility room and a dream master is a dressing room.

It seems to me that in the 1990s, have tried everything: pop art and the Memphis, a high-tech and minimalism. New materials, new magazines, new customers, and finally, a new profession: interior designer.

In the early 1990s, graduates of the Moscow architectural Institute took everything: and for architecture, and graphic design, and landscape. This situation is characteristic of the times of wild capitalism has changed to the early 2000s. there was a division of creative labor, and interior design became a separate profession. 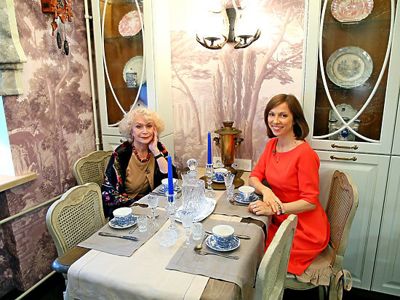 Photo from the archive of the transfer of “Housing problem“

In 2001, the interior design has really become popular. On the TV left the program “Housing problem”. The founder and perennial leader of the program Natalia Maltsev says that the fundamental has been the shift from working with “stars” in the side of ordinary people. The first owners, who agreed to give his apartment to the wolves were friends of the crew. 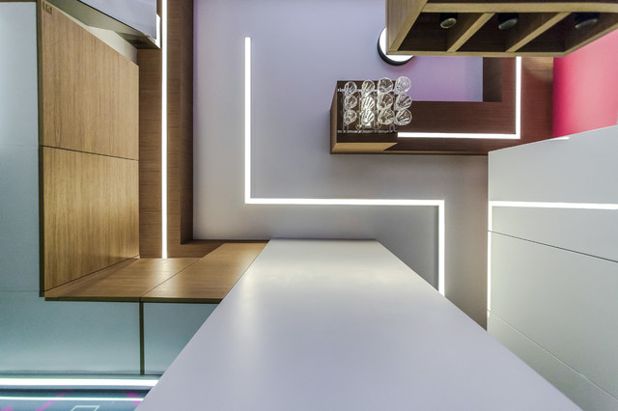 The solutions proposed in the program were different, often challenging and controversial. Taking part in the filming, I saw the difficult process, how much effort is involved to get the result. However, the main character of the show are not the owners, not leading, and not a designer. The protagonist of the show was the interior, its nature, characteristics and adequacy.

Thus, in 1990-e years the private interior out of the apartment. Having been the hallmark of the master and bait for advertisers, glossy magazines, he eventually became a star of the screen.

TELL US…
What was the second half of 1990-ies according to your memories? Some interior design techniques and styles you used to work on projects or alteration of a private apartment? 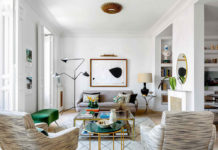 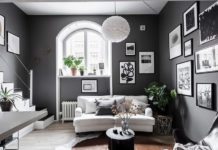 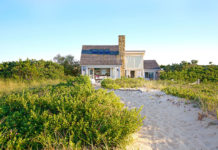 Attic apartment with hints of the loft and terrace in Sweden

“Greenhouse”: the urban utopia of transformation of Moscow in the city