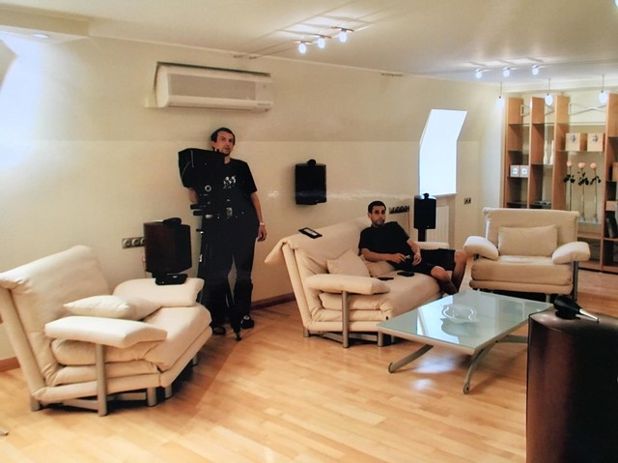 This material continues a series begun by the article History of design: Interiors of post-Soviet Moscow in 1989-1991. With the air of freedom after the collapse of the Soviet Union, we finally learned about the real estate market, flats to buy, sell and do a decent repair. Came into use the word “renovation”, the idea that emerged from their apartments renovated for expats. Then, in 1990-ies, the first private architectural offices and the first customers, not only Russian, but educated, interested in design people.

Photo from archive of T. El-Bakri. On the photo: the owner of the apartment Michael and photographer A. Shebeko

Oh, this is a terrible and wonderful in 1991, when the old is rapidly disintegrating and the new is rapidly advancing! Capitalism broke with the words “privatization”, “market”, “dollar”. Became possible (and allowed!) buy and sell everything, including apartments. Payment accepted in US dollars.

Opened new stores: food, clothing, and of course, furniture. The first in the furniture market came the Scandinavians. On Dimitrov street (now Park Inn) opened interior Scandinavian furniture. Inexperienced public went into it, as a Museum. 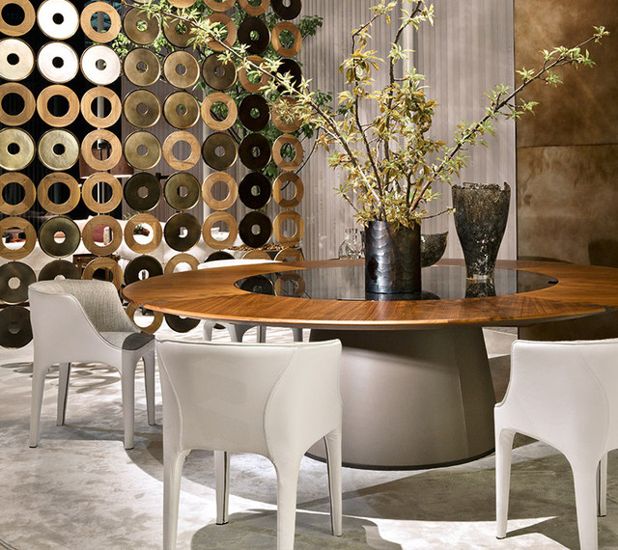 My friend Natalie graduated from art school in 1991, and it was then MOSH stopped to help graduates with employment. She says that the newspaper was the announcement of the recruitment in the store “Furniture-Exclusive” on Bolshaya Gruzinskaya. What she saw there, could not be compared with any of the special effects cinema.

It was a fairy tale, sleep and dream in the same space. Items leading Italian designers who are familiar only with the literature, has now been put up for sale. The price of each item was comparable to the cost of the Moscow apartments. Bought this furniture to expats and “new Russians”. 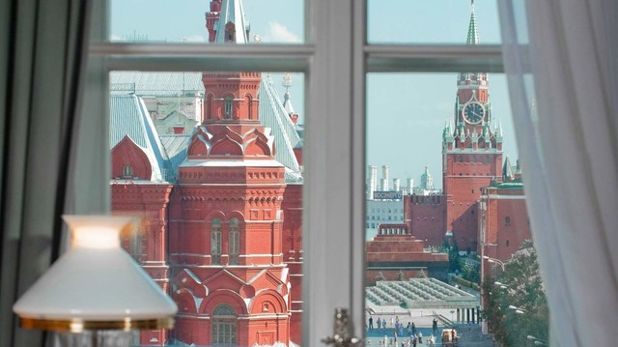 Capitalism has brought another innovation opportunity to rent an apartment to foreigners. Attracted by high salaries and quick career in Russia surged expats. According to the memoirs of Teri Lindeberg, which he shared with the Harvard Business Review, “the life of expats in Russia in 1990-e years have been very exciting! Our community was very young, fun and rapidly growing. Then all joked that companies are forced to pay high wages just because we work in Russia, although, in fact, we had it easy and interesting.” 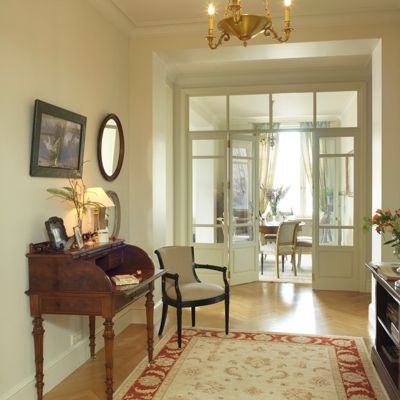 On the photo: Yulia Golovskoy Projects on Malaya Bronnaya, and the Bureau D seesion on Prechistenka street (photo below), created in 2000. But these areas have found their “safe” reputation in the 1990-ies due to the numerous expatriates who shot it flat 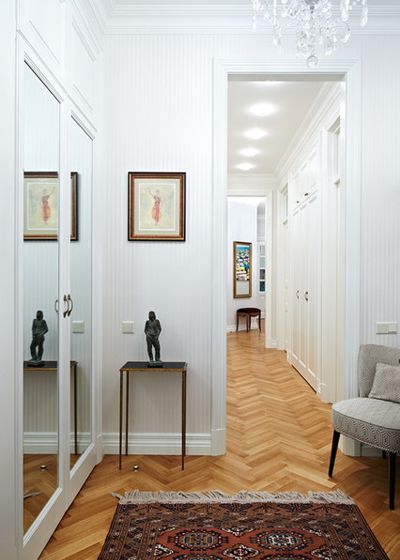 In the 1990s, demand for apartments on the Bersenevskaya and Kotelnicheskaya embankments, Malaya Bronnaya and Spiridonovka, and their owners, with the average monthly Russian salary $ 20, had the chance to get a foreign tenant $ 2,000 per month and fly up to the tops of the food chain. For the successful lease of the apartment should have been renovated.

Journalist Olga Prokhorova talks about the apartment, renovated Expat: “Smooth light walls, several arches linked rooms, and the Windows adorned with blinds. Some walls were moved and doorways. All this was unusual and was at absolute odds with the Soviet interior: there was no flowered Wallpaper, no carpets, no Yugoslav brown walls. The space was free, the furniture is concise and clear geometry of the rooms was combined with the smoothness of arched spans. And at this point there was an absolute understanding that you are a witness of a new frontier of apartment design, new comfort and soon will come the XXI century”. 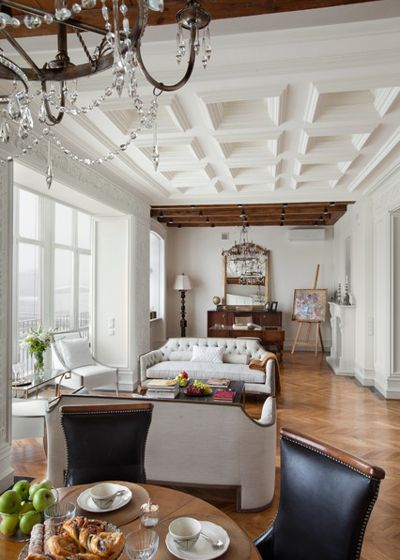 So today, look at the foreign businessman in Moscow. Svetlana Kotloukova in the publication “Snob” talks about the project, Anastasia Kasparian: “a British businessman bought a completely dead flat in an old house built in 1938 on the Smolenskaya embankment, but the Englishman reasoned that destroyed communication and overlap — it is fixable, and views of the waterfront and three sisters far outweighed her faults!” The preference of foreigners for the selection of the location of apartments have changed little in 30 years. 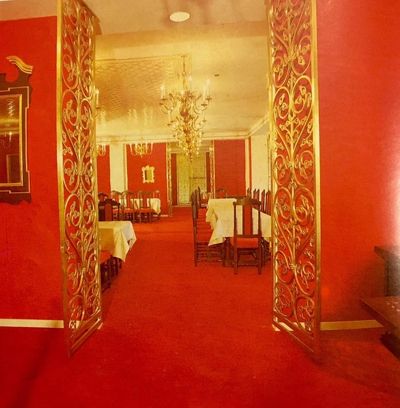 Pushed away by foreign influences, Russian style in the interior retreated, but did not give up. As renovation, he also served the foreigners, but was intended to bring their Russian identity. 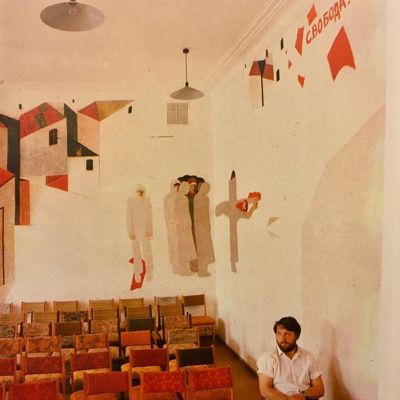 The author of the painted house of culture Trekhgornij manufactory, I. Lubennikov, interpreted Russian style differently — as an echo of the avant-garde of the 1920-ies. 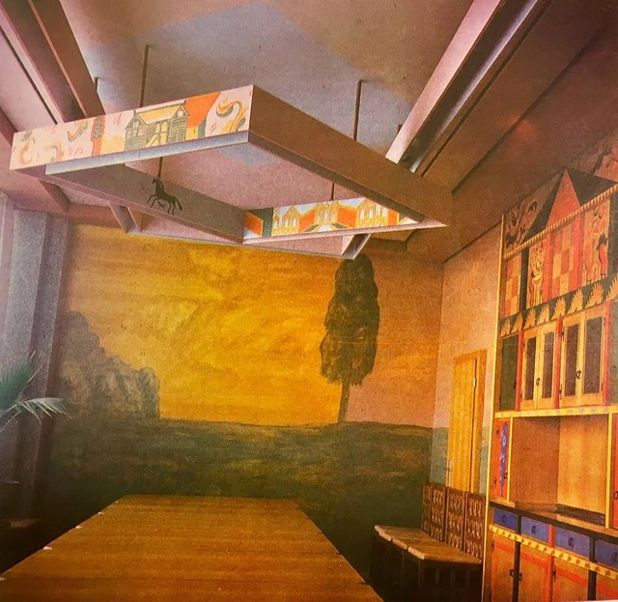 Photo: Hall in the Soviet house of receptions in Berlin, decorated in the style of the lubok, the authors of the interior M. Dedova-Zagorinskaya and I. Nikolaev

Each author invented the story, but whatever it was, Russian style interiors phenomenon was far-fetched and like pancakes and kokoshniki, existed only for the entertainment of tourists. 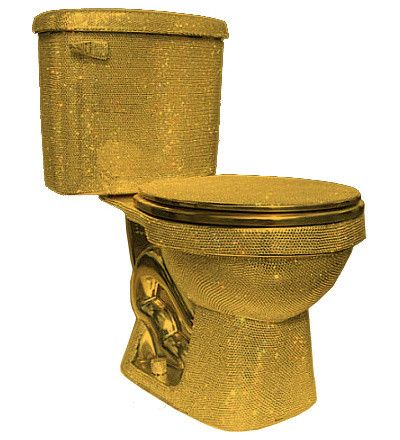 The dashing hero of the 1990s were “new Russian” (the same visitor furniture stores with a suitcase of dollars). It’s a character with a criminal money, bad taste and unbridled pursuit of luxury. About new Russian interiors with Golden toilet told so many jokes that the surprise here is decidedly nothing, especially because I didn’t know personally any of their representatives. 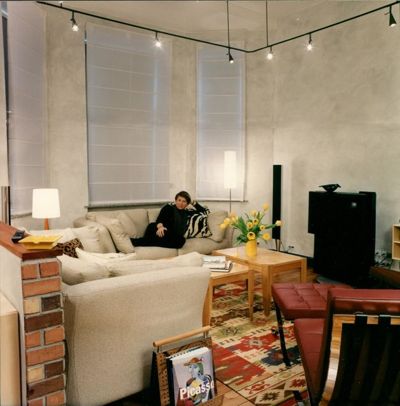 Photo: the Architect Anastasia Stenberg. From the archive A. Stenberg

I knew other new Russian: the educated, the business quickly found a place in the new life. They were invited to the work of architects, trusting their taste and professionalism. With mutual respect the result of the work was flawless.

I worked in the office Anastasia Stenberg and if I didn’t know that the interior of the early 1990s, never would believe, so he was out of time. Anastasia was one of the first applied texture painting walls. It seems to me that the technology it has developed itself and persistently trained her painters. 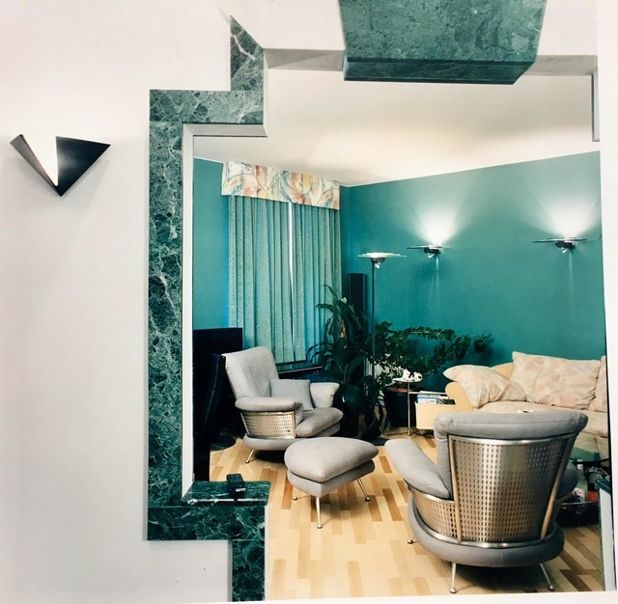 This apartment on Leninsky Prospekt is a joint work of ASI Stenberg and Tarik El-Bakri. Tariq began working while still in College, and he told me how in the age of deficit for filling the interior had on the knee to design the furniture or use props Mosfilm, where he had friends.

In the early 1990s, there was another temptation is to use all at once. But real professionals work strictly within a given concept. 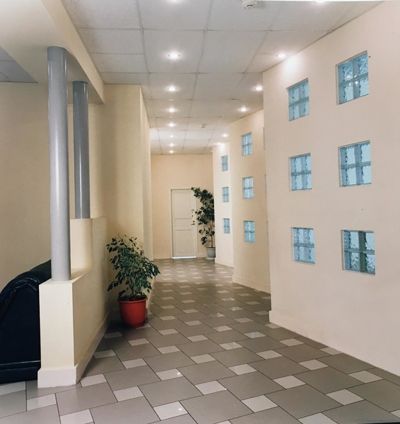 Then, in the interior began to use glass blocks that have caused many loss. These details associated with the design of the showers in the Soviet pools. Suspended ceilings with built-in light partition walls (not to ceiling) — also innovations of the 1990s. 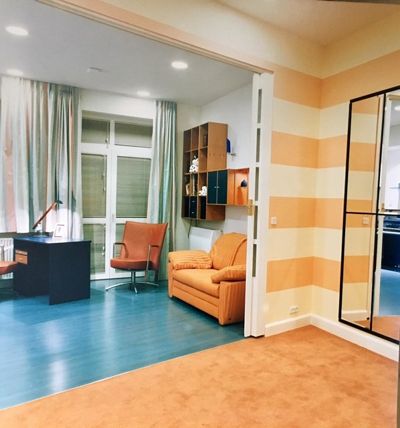 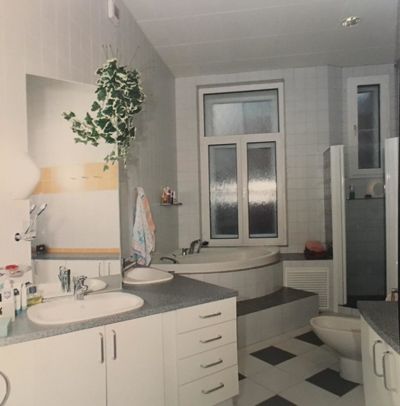 As a new home in Moscow have not built, people bought settled communal or multiple apartments on each floor, and sometimes whole houses.

In the absence of prohibitions and regulations, the premises have undergone a radical redevelopment. Apartments pooled in the ceiling did the stair openings in bearing walls and door, toilets were exchanged for living rooms.

There were also curiosities. The most common was the invasion of a neighbor’s apartment through the wall, at least — through the ceiling or floor. Once in the apartment house on ulitsa letchika Babushkina from the gas burners and water flowed. Residents were evacuated. It turned out that the apartment where had been the foreman mistook the gas pipe with water. 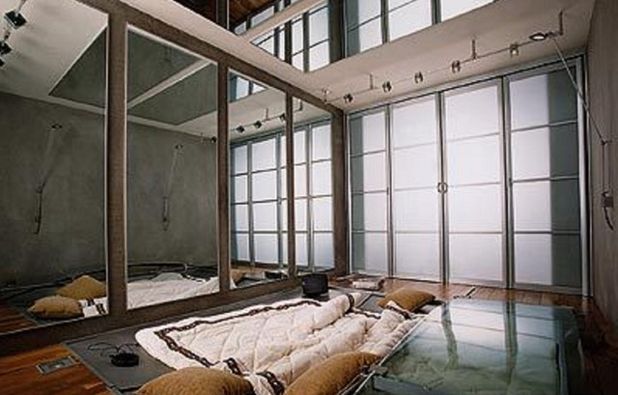 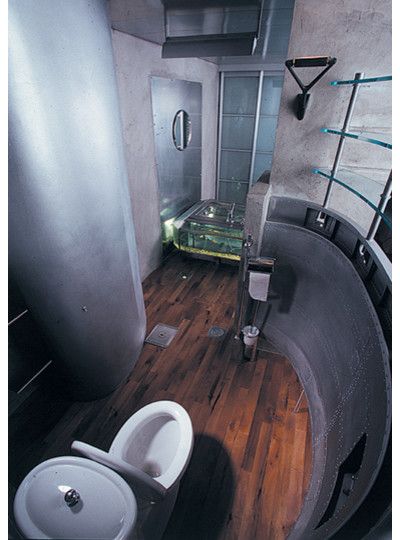 “Airplane” apartment of size 42 sqm, invented by Arch4 architects Alexey Kozyr, Ivan Chuvelev and Natalia Lobanova, needs no introduction. Now every self-respecting designer knows that it was a response to the request of the customer, who wanted to build himself a bachelor pad in a small house of his childhood.

How was found the answer is conceptual, architectural and technologically — has become a symbol of creativity, youth and bullying. That was the time of the first half of 1990-ies.

TELL US…
What do you remember the interiors of the 1990s? Share your memories and photos in the comments section!

Colorful apartment in an old house in Dusseldorf by Russian designers

When the heat from only one view: 16 interior design with fireplace