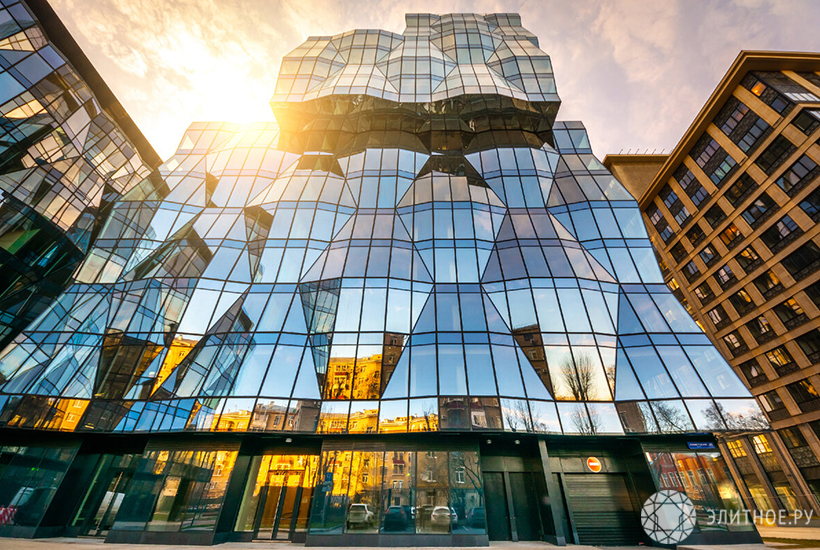 Among the expensive houses of the capital there are mansions and skyscrapers. What surprises as a premonition of the future lies somewhere in between

Moscow, although one of the world's most progressive megacities, but with architecture that surprises as a premonition of the future, the city is rather scarce.

The famous Italian architect Renzo Piano said: “One of the greatest virtues of architecture is that every time life begins anew.” Good architecture can be the guardian, if not of the whole world, but of a single era for sure.

For example, antiquity. In our city, utilitarian buildings remind of ancient Rome. Look at the lobby of the Novoslobodskaya metro station. For its architects, Strelkov and Dushkin, the Pantheon with a six-columned portico with Ionic capitals was a model.

Ten minutes by car from Novoslobodskaya, and we will be next to the building in the Gothic-Moorish style. This is the Petrovsky Travel Palace. In its architecture, Catherine the Great wanted to preserve the spirit of Byzantium. The whim of the Empress was embodied by Matvey Kazakov. The large 16-meter dome reminded contemporaries of Sophia of Constantinople.

Once upon a time, wealthy citizens themselves decided which era to “raise” on the family facade. So, one of the most recognizable mansions in the Art Nouveau style on Ostozhenka with a turret and a sculpture of a lion on the roof, Lev Kekushev designed for Savva Mamontov, but built for himself. In the romantic Gothic style, he built a dacha for Ivan Vikulovich Morozov in the vicinity of an elegant “country residence” in Petrovsky Shekhtel Park.

Today, architectural events take place on the opposite side of the avenue from the palace. Choice of facades for every taste. There are also new buildings by which our descendants will judge us. And not all of these buildings imitate the past. The backdrop for a sci-fi blockbuster can be an unusual glass house. Its volume is composed of large cells of different sizes, rotated at different angles.

This bold, by the standards of Moscow, building resembling a crystal was designed by the Speech bureau. They don't live in it, it's an office. Such an intelligent architecture attracts big businesses: Rostelecom – Data Processing Centers, Hals-Development Group, VTB structures, Ozon and other large companies.

On a par with this Moscow “diamond” can only be put that the campus of the Skolkovo School (pictured below), designed by Briton David Adjaye, who was inspired by the Suprematist painting of Malevich. But if there is only blue sky around the Skolkovo buildings, then the impression of the “crystal” enhances the contrast with the surroundings.

Even more fantastic, as if making a transformation, the business center seems next to the monumental laconic facade of a large neighboring building. At first glance, it may seem that it is the same age as the Stalinist houses on the avenue. But it's not. It was also designed in Speech. 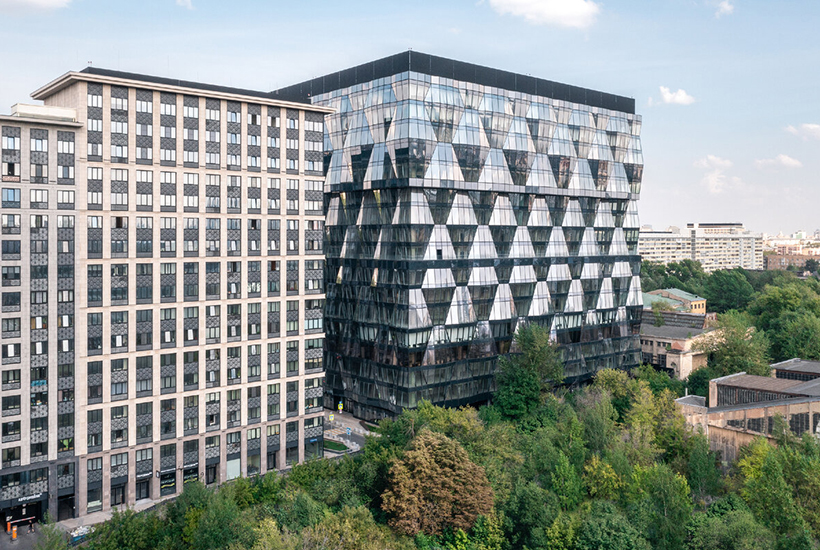 < p> The business center is part of a multifunctional complex, which also includes a second building – with apartments. The name of the IFC is Iskra-Park. And this “spark” has character.

The buildings in the plan represent a rectangle of 11 sections of different heights. In fact, this is a self-sufficient city quarter with its own courtyard, quiet as in old Moscow, but with modern retail and fashion outlets. The complex was built on the second line – it is separated from Leningradsky Prospekt by a green landing – you can sit here in a gastrobar, cigar club or beauty salon, enjoying a quiet view.

The creators of the complex did not complicate the volume, which means that the layouts inside remained clear and comfortable for life. The apartments are traditionally designed for premium houses, in good footage up to 125 sq. meters: cozy bedrooms, spacious kitchen-living rooms, thoughtful perspectives outside the window.

READ:  A Scottish tale: cottage for rent, where he made films about Elizabeth II

But this house could not do without an architectural charade: symbols of the era are encrypted on the facades. If you look closely, you can recognize images of airplanes, wheat, power plant towers and the orbits of an atomic nucleus in the decorative lattices of the windows.

As you know, the best people in Soviet times lived in the best houses built especially for them. But the reference to the era does not have to be straightforward, and for Iskra-Park they found such an elegant solution. The atmosphere of status is maintained in the lobby with marble decoration and photo panels. 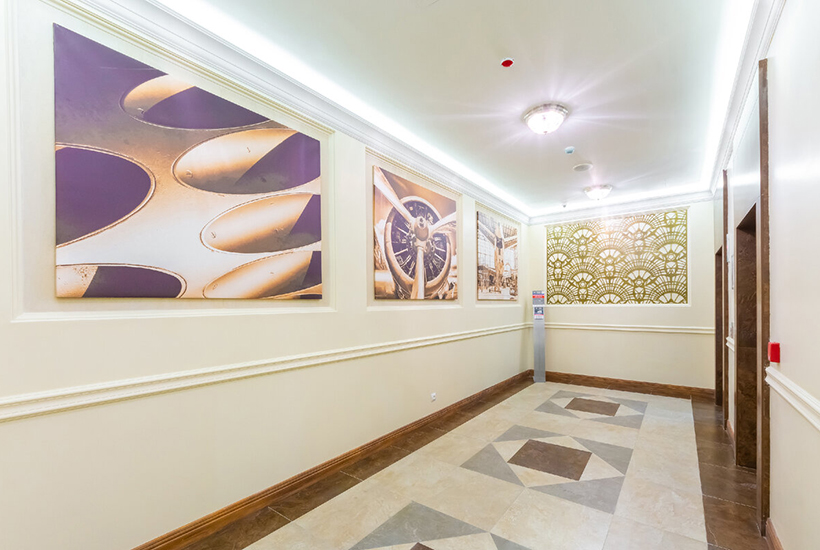 The eye of diversity will want it, you can go to the neighbors in the business center to the coffee shop, or you can go a little further. A combination of modern and traditional architecture can be found on the same side of the avenue: in the Museum of Russian Impressionism. Another 5 minutes by car, and you are already on Belorusskaya, enjoying one of the most touching views: the snow-white Nikolskaya Church against the backdrop of a business district reminiscent of New York in its style.

They say that buying real estate is an emotional process: will that same spark ignite or not, will something resonate in the soul? The legend exists and you know where to find it.

Walk on the couch: at Home in the deep woods