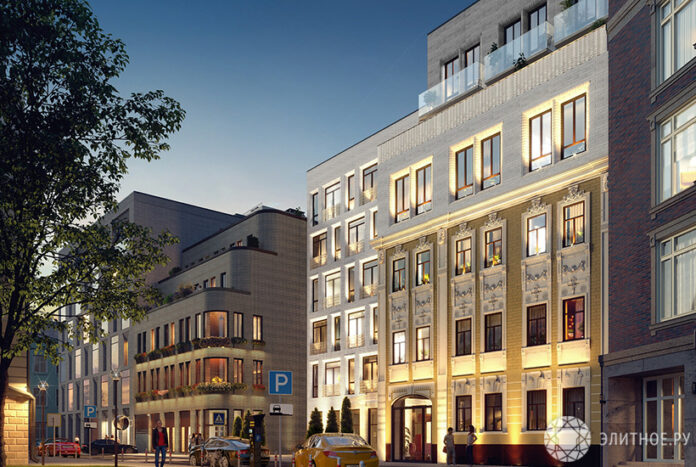 The last time the glory of the most popular among buyers on the primary market of expensive real estate of Moscow stuck to the Khamovniki. Thus, according to the Agency Knight Frank, in the first quarter of the current year in the location it is 23% of the total number of deals in premium and luxury segments. For comparison: in the Yakimanka district, located in second place, accounted for only 14% of purchases, and closes the three leaders of Zamoskvorechye – 13%.

The desire of consumers, particularly regional, to purchase a house in Khamovniki, sometimes taking absurd forms. “Sometimes people ask if our project is from Khamovniki” – said the representative of the PSN Group Anastasia Nikolskaya at the conference “Elite project” (the company sells the residential complex “Polyanka, 44″). – Explain that we have the Kremlin in walking distance, but this is not enough, still some people are interested in the distance from the Khamovniki…”.

In the primary market area, according to analysts of the Agency “NDV-real estate Supermarket” implement 19 new buildings offer a total area of 67 000 sq meters (about 700 lots). The share of the elite complexes in this volume is 60% of premium to 40%. “Building of the Khamovniki is very heterogeneous: there are individual projects, and large complexes with apartments and suits, including service, and even townhouses,” says the Chairman of the Board of Directors of Kalinka Group Ekaterina Rumyantseva.

The cost of housing Khamovniki is divided into two locations: Ostozhenka, which is also administratively belongs to the district, and part from an external side of the Garden ring (often under the Khamovniki mean exactly this area). The average price of square meter in the primary market in Ostozhenka, according to the Agency Savills, is 1.48 million rubles, and in the rest of the weavers – almost half that of 770 000.

Complexes with the start of sales in 2019

Since the beginning of 2019 in the district of Khamovniki was launched, five projects (here and below we will consider Khamovniki and Ostozhenka as a single location). The first time this year, in January, to the market, according to Est-a-Tet, left the apartment complex “Malaya Pirogovskaya, 14” (1) (in the photo below, the developer – Elbert Development), and in February began selling the project Eight Yards (2).

“Malaya Pirogovskaya, 14” is a club house for 53 apartments ranging from 59 to 200 square meters. The second new project in Khamovniki – Eight Yards is located at the address ulitsa Efremova, 9A, and represents a complex of eight townhouses ranging 234-391 sq. meter. Each of the semi-detached houses has a courtyard area 29-67,5 square meters, and 3-4 assigned Parking spaces. 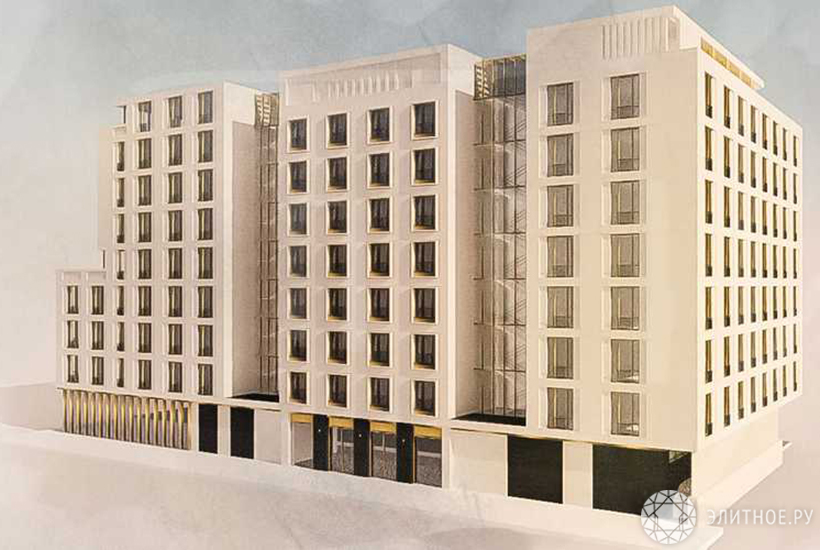 In April, “Stroyteks” began selling the project on Ostozhenka street, the house 4, – Allegoria Mosca (3, pictured below). This club complex of 57 apartments ranging from 55 to 225 square feet, but it’s possible to combine lots.

A month later, in may 2019, the company “Stroyteks” put on “the Golden mile” another club house – LCD Villa Grace (4). It is a residential complex of 40 flats, tightly adjacent to the house Nabokov. Living area in Villa Grace starts from 150 square meters and the apartments are sold with finishing that for new buildings in Moscow is not uncommon. 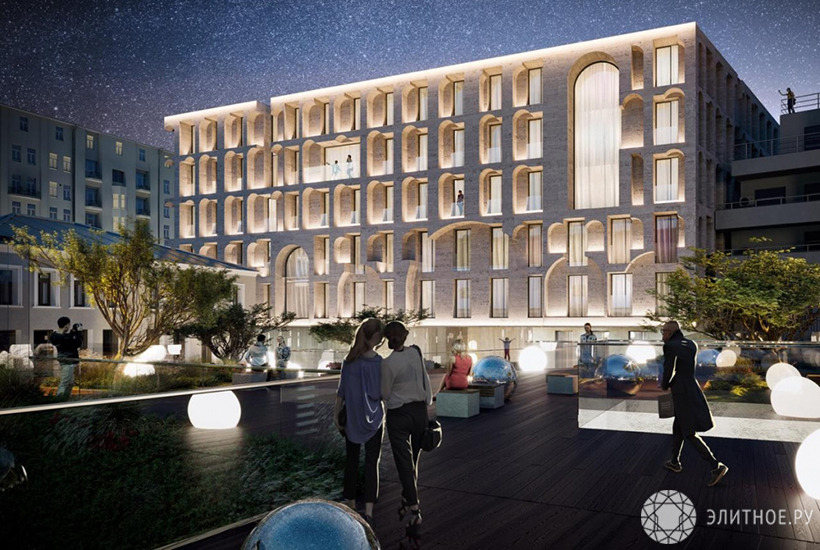 Another relatively new project of the artist – a club house with a High Garden (5) of the 39 apartments ranging from 70 to 210 square meters. However, on the market it came a little earlier – closed sales in the project started in late 2018, and completion is scheduled for 2020. Housing prices (the club house also has a residential status) starts from 63 million rubles. It is worth noting that the project is popular among buyers, and more than half of the apartments already sold.

The most recent project flat for sale in luxury complex Savvin River Residence (6), closed sales of which started only in June of this year. The complex of 169 apartments erected on the site of the 19th-century factory that was engaged in the manufacture of lace. Area lots starting from 45 square meters.

Among the projects that entered the market in recent years, it is necessary to highlight the Roza apartments Rossa (7, pictured below). “This is the only project available studios in Khamovniki” – says the Director of the Department of urban real estate at Knight Frank Andrey Solovyov. According to the realtor, 34% of the proposal area falls in the options area of 100-140 square meters, and 24% for lots with an area of 140-180 square meters. While in Roza Rossa you can purchase a Studio apartment of 85 square meters. 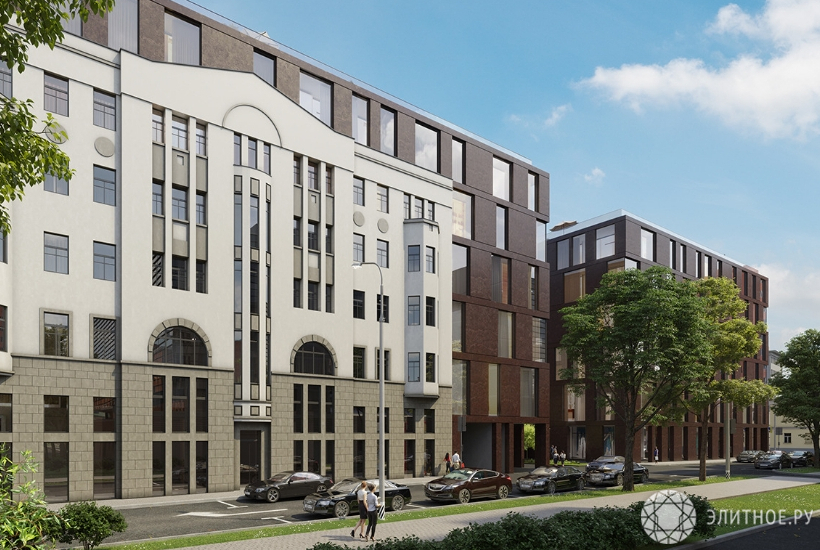 A significant proportion of sales in the primary market of Moscow, according to Andrei Solovyov, will be spent on projects in Khamovniki White (8) and “Garden quarters” (9, pictured below). Club house in Khamovniki White 76 apartments, which builds Capital Group entered the market last year, and its commissioning of the state Commission is scheduled for 2021. At this point in the project sold more than 60% of the apartments. 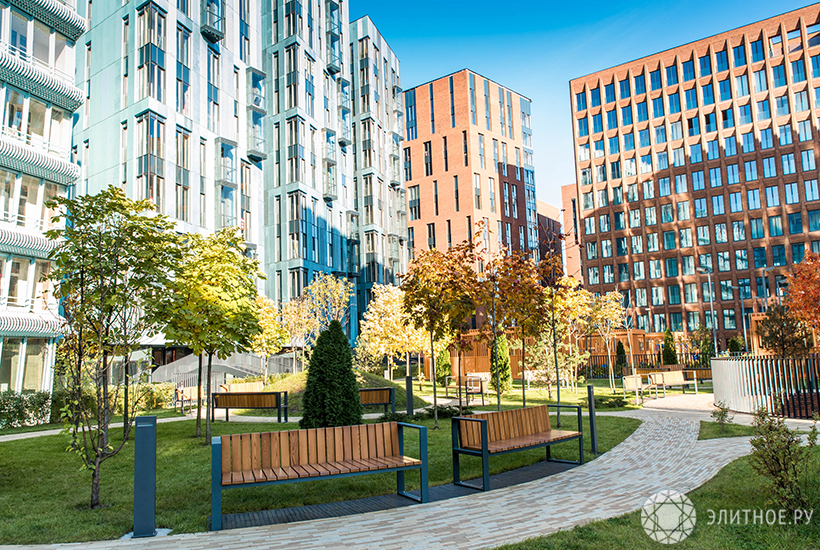 As for the “Garden quarters”, this project has become almost a landmark for high-end market of Moscow. Just a residential complex of 1278 apartments. The first phase began in 2010, and for a long time, the complex was the absolute leader of sales on the market of expensive new capital. However, the construction coming to an end: today finish building the last phase of the complex, 30% of the housing in which are already sold. A complete surrender LCD “Garden quarters” of the state Commission is scheduled for 2020.

READ:  Soft and cozy design of a large house in Florida 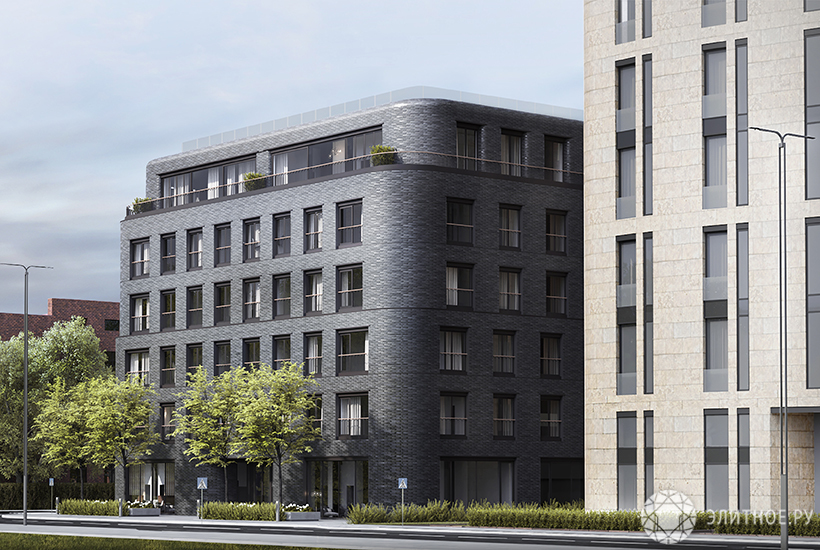 Another project last year, Brodsky (11), the developer of which is Vesper. The complex of 65 apartments entered the market only last year, but more than half of the lots therein has already been sold.

The complexes have been completed

The remaining eight projects are complexes, construction of which is already completed, the apartment or apartments they are not sold out. For example, the construction of the club house “Residence in Vsevolozhsk” (12, pictured below), the company “Lider-invest” has finished recently. The building has 21 apartments, of which sold 12. The construction of the club house Nabokov (13) to Exchange alley (another project of the company Vesper) ended in 2017. However, of the 14 lots sold in just three. Another project of the artist – Noble Row (14), the complex is adjacent to other houses – completed in 2016. However, the situation with the sale here looks much better: of the six houses currently sold four. 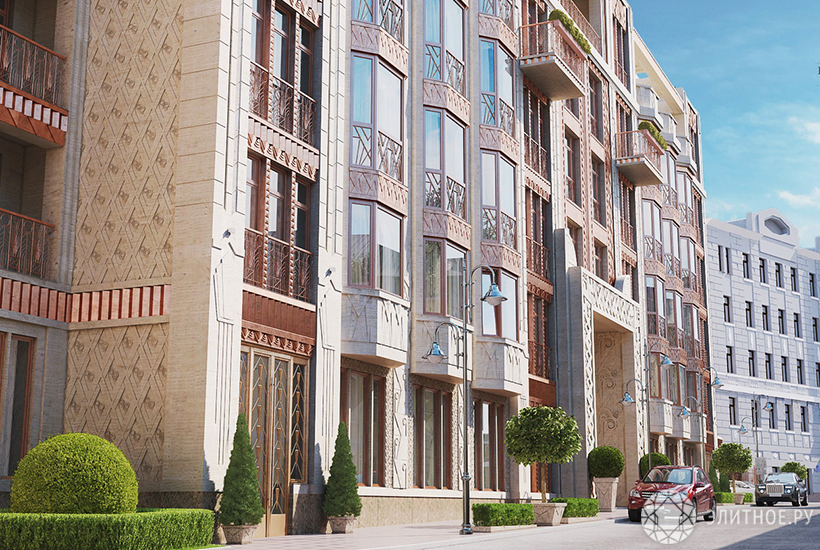 The following four residential complex was implemented by the company “donstroy”. Thus, the construction of the luxury complex “Life at Plyushchikha” (15) on the 202 apartments will soon be completed. Barrin House (16, pictured below) of 312 apartments and club project “Maple house” (17) on lot 42 was surrendered by the state Commission in 2015. LCD and “Grand Deluxe at Plyushchikha” (18) – over 5 years ago, in 2014. 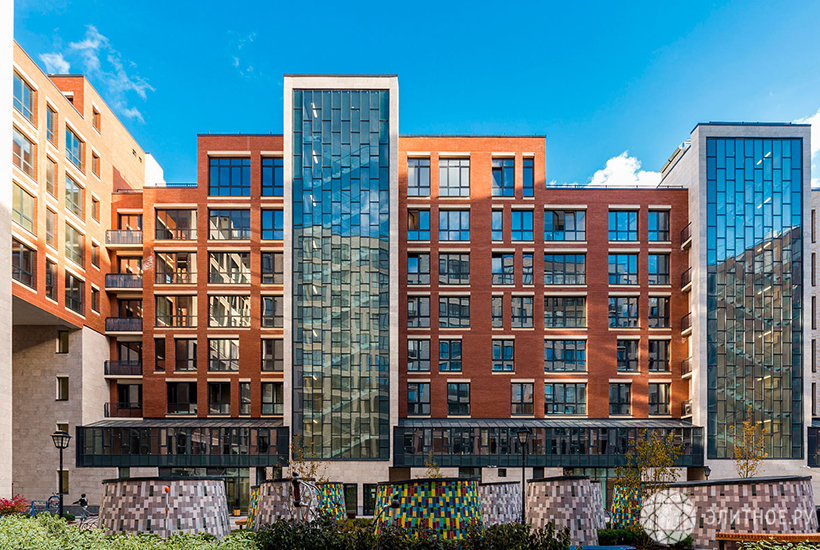 In all these projects, say the realtors, still have unsold space. However, accurate information is available only developer that implements its projects independently. You can verify this information from the company “donstroy” has failed. The developer did not respond to a request for “Elite.ru”. A last set where you can still buy a house in Khamovniki – Knightsbridge Private Park (19). This project of “Restoration N”, built in 2016, however, according to realtors, 15 apartments in it have still not found their buyers.

Cozy house in Madrid, which the owners restored from the ruins

Beautiful Villa in the spirit of Provence in Saint-Tropez

Dina: the lamp that will make you realize the value of light

Interesting philosophy and attractive design at St. George to Helsinki