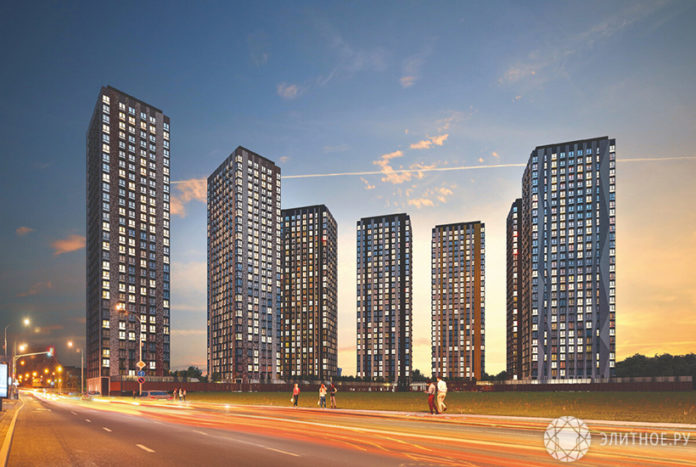 This year MR Group will complete the construction of the first stage of the Metropoliya complex located in the south-east of Moscow. Why did the project get this name? In ancient times, polis (city-states) with colonies in foreign lands were called metropolises. Later, this was the name of the homeland or the central territory of the colonial empires, the most civilized, urbanized and protected place, the focus of political life. Today these are the capitals of states or centers with a global influence on world life.

The business class complex brought together 22 “metropolises” at once: skyscrapers named after large cities. You can “settle” in Athens, the city-state in Attica, which played a leading role in the history of Ancient Greece; in Rome, the capital of Italy, the metropolis of the Roman Empire; in London, the capital of Great Britain, the metropolis of the British Empire. The cities of Russia are not forgotten: St. Petersburg and Moscow. Or you can choose the Hong Kong Tower, named after one of the leading financial centers in Asia and the world.

Location: within the TTK and about three metro stations

Towers are being built at the intersection of Volgogradsky Prospekt with the Third Transport Ring. It is almost on the border with the Central Administrative District: in just 10 minutes you can get to the Garden Ring, to the Kremlin in 25 minutes. Opposite the block, on the other side of the Third Transport Ring, the Ugreshskaya MCC station operates. A little further, closer to Novoostapovskaya Street, is the Volgogradskiy Prospekt metro station. Also within walking distance is another metro station, “Dubrovka”, near which there is a shopping center of the same name.

The architecture of the quarter was developed by the SPICH bureau. The style of brick expressionism was chosen for the facades. The harsh details of German clinker tiles express the dynamism and swiftness of metropolitan areas. The first stage includes seven 30-storey high-rises, which will be commissioned this year. The second has 12 towers 29-30 stories high plus 8-story low-rise sections. Installation of facades with clinker tiles is being completed in four houses, they will be completed in the first quarter of 2023, eight more – in the first quarter of 2024. Phase 3 preliminarily includes three 30-storey towers. 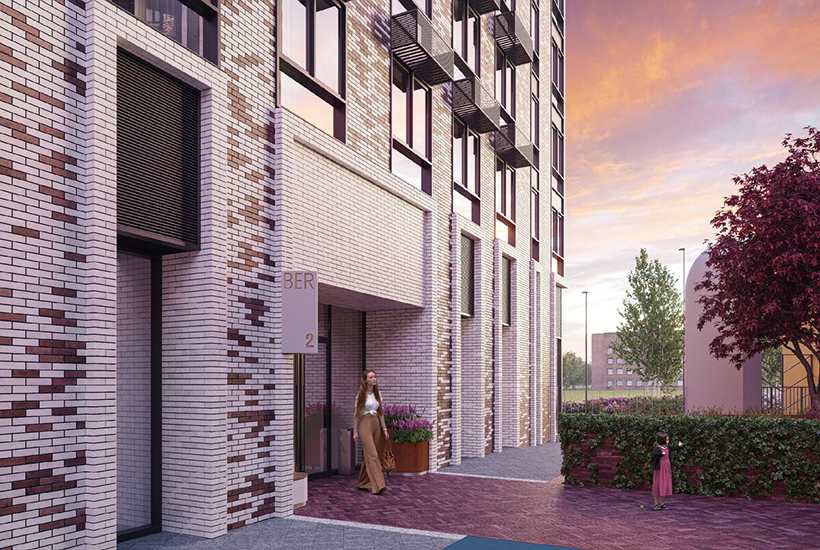 The lower levels of the houses will be occupied by supermarkets, cafes and bakeries, a beauty salon, a yoga studio, dentistry and a pharmacy, dry cleaning, and bank branches. An English kindergarten will open on the first floors of the Berlin and Paris buildings, and the kindergarten will also be located in second-stage buildings. The project also includes a school. The underground part of the complex will have a two-level parking lot for 2.3 thousand cars (in two lines). It will install charging stations for electric vehicles and equip storerooms. They will also create systems for pumping and washing wheels, and place grocery carts. The parking lot will be accessed by reading the numbers.

The concept of improvement was created by the creative association “Morning”. Courtyards – no car passage. The first stage has a central square with landscaping, summer café verandas and a Christmas tree in winter. Outside, the area is bounded by a hill, the inclined plane of which is intended for relaxation and meetings. Two workout zones with Kompan and Kenguru exercise machines have been made, as well as three playgrounds with Kompan equipment: one for a kindergarten and two for children of different ages. Figures of the artist Masha Somik are placed on the sites.

In the second stage, the buildings will be surrounded by a promenade park, which includes a basketball court and a ping-pong area. The theme of landscaping was life in nature. Columnar poplars are planted along the border of the site, and birch groves with flower beds are on the lower level. The paving continues the brick expressionism of the houses. Wi-Fi is available throughout the territory. A security console and a video surveillance system are provided. You can enter the entrance using biometric readers. 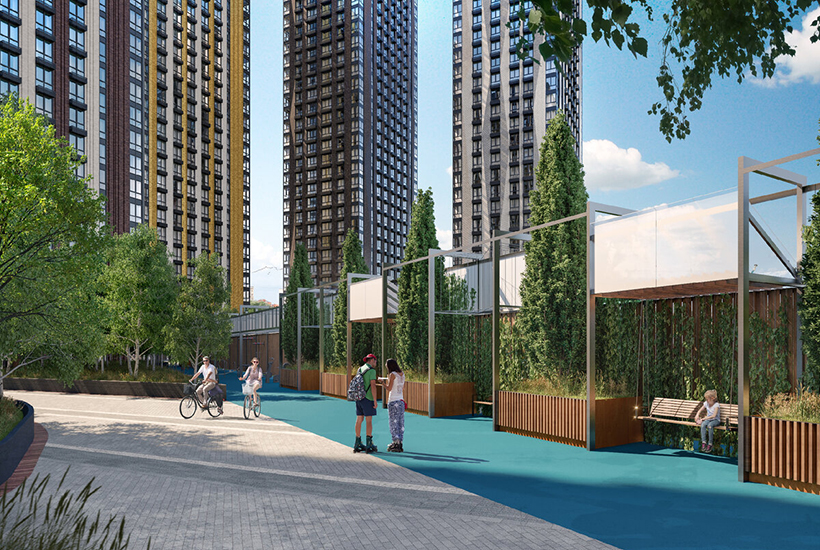 The public areas and lobbies were designed by Blank Architects, who chose the era of German Expressionism as a source of inspiration. All spaces correspond to the general architectural concept. The halls will be decorated using porcelain stoneware. The decorative walls will repeat the patterns used in the decoration of the facades. The lobby will have a concierge area, a seating area and an elevator. A separate room is set aside for washing for dogs paws.

Housing: 100 layouts and MR Base format

Two stages of the project are designed for 5126 apartments and apartments, which have over 100 layouts. Areas vary from 24.5 to 105.5 sq. meters. In the first stage, more than 42% of housing will be leased in the MR Base format (with White box finishing), and in the second stage – all the rest. They will also install sensors for protection against leaks, power consumption control, burglar and fire alarms. Integration of the Smart Home system is possible. 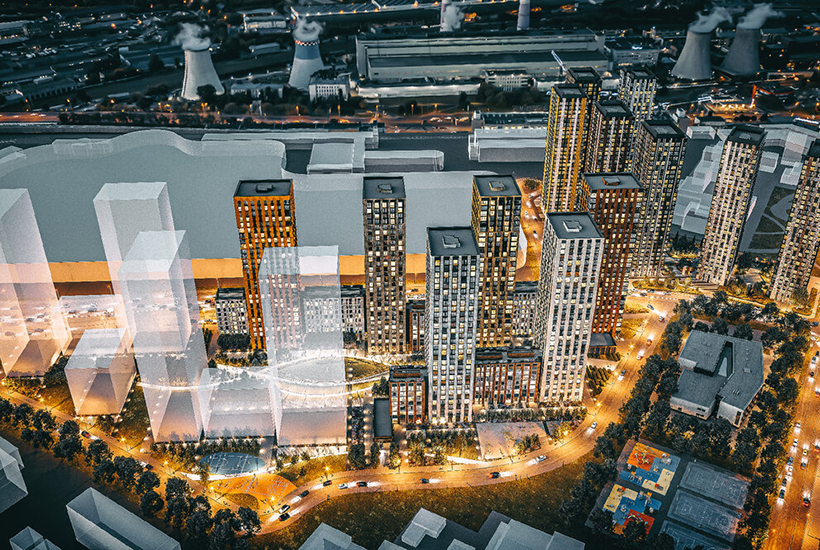 The minimum cost of an apartment in Metropolia is 8.1 million rubles. This is a studio of 25.3 sq. meters, located on the third floor of the 8-storey section “Vienna-3”. The maximum cost of the “Euro-two” is 27.6 million rubles: this is 104.7 square meters. meters with a kitchen-living room, two bedrooms, two dressing rooms and three bathrooms. The apartment is located on the eighth top floor of the Vienna-1 section.