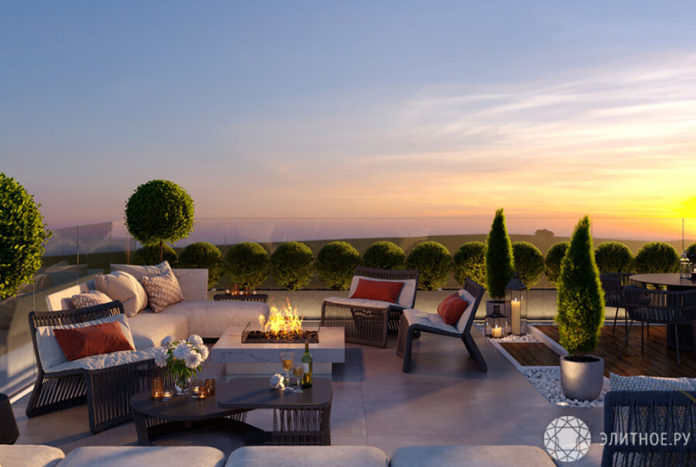 If a Muscovite living in Soviet times were told that Metrostroevskaya Street would become one of the most prestigious places in the capital, it would hardly be I believed it. It was an unremarkable area, on the first line of which historical houses were still preserved, but heavily diluted with Khrushchevs. The country's party and creative elite preferred to settle in other areas of the capital.

But in 1986, this street was the first in Moscow to have its historical name back, Ostozhenka, and since the mid-2000s, its surroundings have begun to be actively built up with elite housing. Today the former Metrostroyevskaya Street is called the “Golden Mile”, and this name will surprise no one.

However, the elitism of Ostozhenka was created artificially, thanks to the marketing talents of the first developers of this area. And their choice fell on Ostozhenka largely due to the construction of the metro. The fact is that the laying of the first metro line at the Park Kultury – Sokolniki section was carried out in an open way, as a result of which many historical buildings were destroyed. Partially these plots were built up, but later, already under Khrushchev (photo above), however, there are still a lot of free sites for the construction of houses for the new elite. However, it was much easier to resettle and demolish the Khrushchevs than pre-revolutionary houses with a history. Although, for the sake of fairness, it should be noted that not the richest merchants and philistines settled on Ostozhenka during the tsarist era. There were many wooden two-story houses of little interest (photo below). 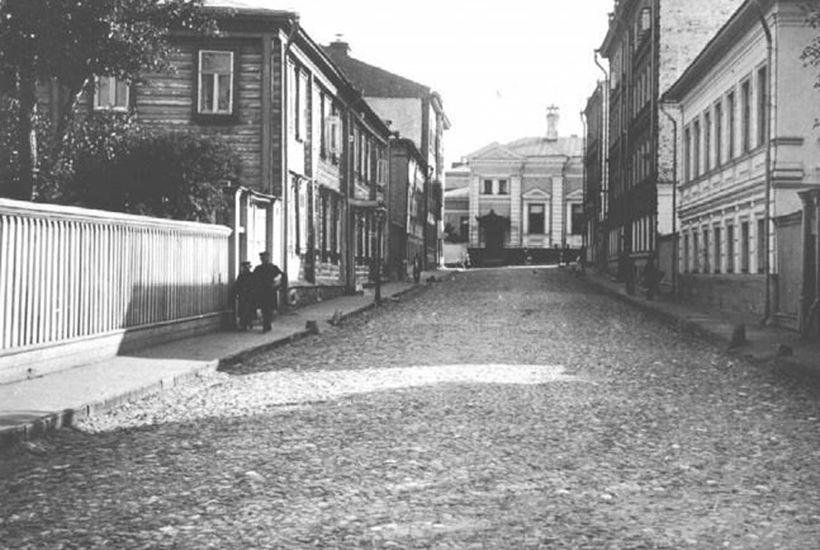 For fifteen years Ostozhenka has been built up with expensive club houses and has repeatedly been included in the ratings of the most expensive streets in the world. But the vacant sites for construction are over, the advertising noise has died down, and today the street leaves the feeling of an expensive, but “dead space”.

Most buyers (as a rule, these are rich people with several properties) have not moved into their apartments. And if you come to Ostozhenka in the evening, then you will be greeted there by silence and dark windows of elite houses. It is interesting to walk along the empty streets of the “Golden Mile”, there is a kind of magical flavor in it. But living in it is difficult. Suffice it to say that there is only one grocery store throughout Ostozhenka.

READ:  Stalinist houses or modern new buildings. What should the buyer choose? 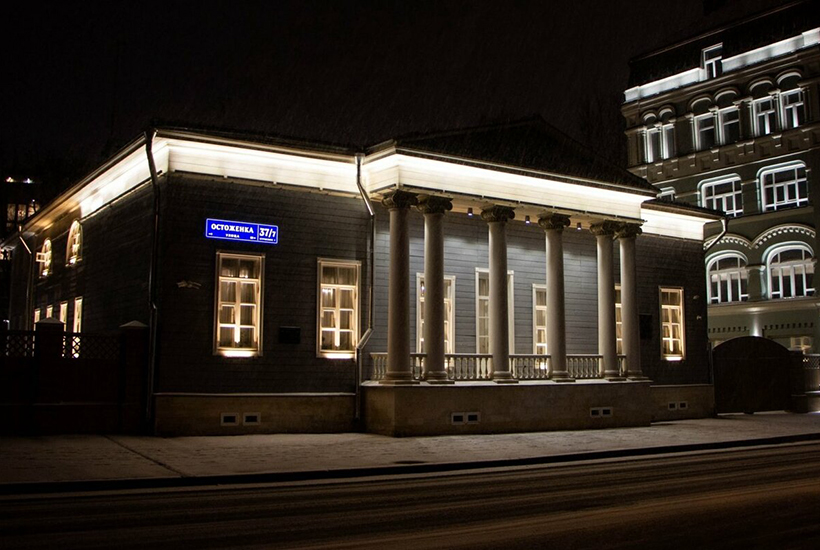 The apartments on the Golden Mile also do not cause envy of middle-class Muscovites. Personally, I have never heard the phrase “I would like to live on Ostozhenka”. Probably, the district simply lacks the historical atmosphere destroyed by the metro builders in the last century. Such an atmosphere, which is inherent in Tverskaya Street, Patriarch's Ponds or Zamoskvorechye. After all, these are no longer artificially created spaces, but historically prestigious districts of Moscow.

But there are very few vacant places for building in such places and, as a rule, we are talking about small club projects with only 40-50 apartments. “A club house is, first of all, privacy, location, as well as the quality of construction and finishing materials,” says Anna Salaeva, a representative of the Oxe Capital real estate agency. “The decoration in such houses is often carried out in collaboration with famous designers and architects, and the hotel materials are brought from abroad.” 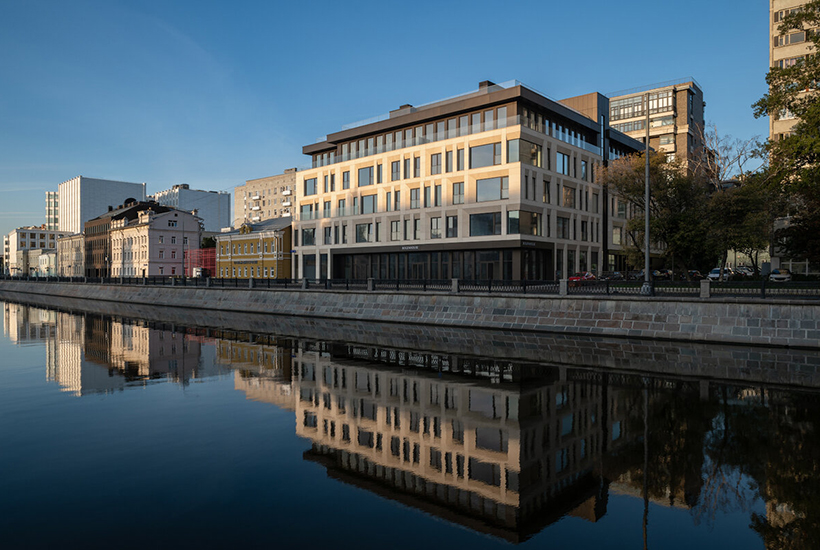 Prices for apartments in club houses start at 800 thousand rubles per square meter. meter, and the upper price bar reaches 1.7 million rubles. The main thing in such projects, says Yana Glazunova, general director of VSN Realty, that this is a closed club “only for insiders”: before the deal, potential buyers are interviewed and evaluated. “After all, the very concept of clubbing was born from the requirements of maximum security and privacy,” the expert clarifies. Now, according to her, on the primary real estate market in Moscow, sales are going on in 20 club houses, including projects where individual lots remained unsold. True, according to Alexander Shibaev, Development Director of Kalinka Group, most of the projects are located in the Khamovniki area (we are talking about both the outskirts of Ostozhenka and the location beyond the Garden Ring – ed.), As well as on Yakimanka.

Several club houses are also being built in Zamoskvorechye. In this area, new buildings are created on the basis of the reconstruction of old buildings or neatly fit into the surrounding historical buildings. Most of the projects here have either recently started or are under active construction.

One of the new projects already built at the moment is the Bogenhouse club house, located in the historical part of Zamoskvorechye, on Ozerkovskaya embankment (photo above). A club house was built on the first line from the canal, with views of the water and historical buildings from its windows. A total of 40 apartments and three penthouses with their own terraces in the club house of five floors. That is, the house will have a maximum of 43 owners, and maybe less, since the apartments can be combined.

Homes at Bogenhouse are sold with a pre-finished white box finish, which leaves owners room for creativity and expression. But owners can also use a ready-made project, executed in one of three styles: classic, modern or art deco. Design and technical documentation were developed by DBA-Group studio specialists. 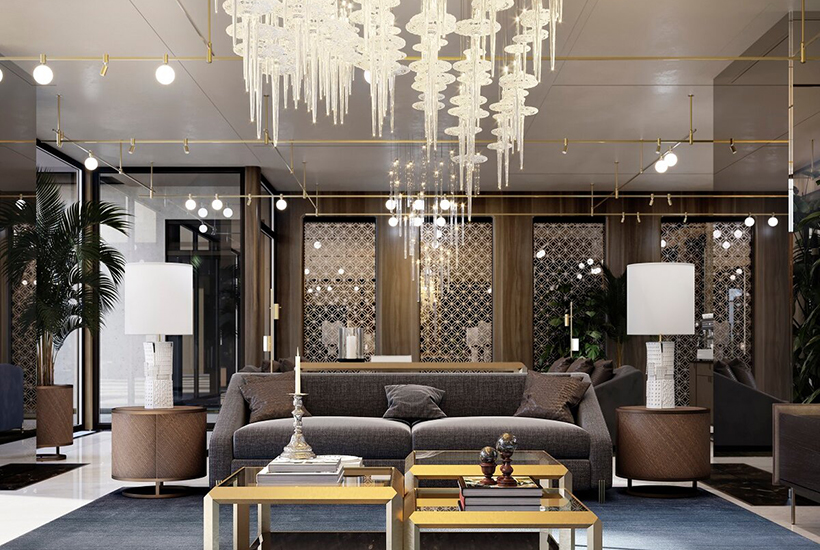 On the ground floor of the club house there is a lounge area and a reception, made in a simple style (photo above). Three types of marble were used in the decoration of these areas, as well as natural wood: American walnut.

In the underground part of the house there is a parking lot (photo below), where, in addition to parking spaces, areas are allocated for storage rooms for residents – kellers.

The closed territory of the house is under video surveillance and round-the-clock security. In the inner part of the courtyard there is a private seating area with a sculptural composition with a fountain made of black stone.

A significant part of Bogenhouse's surroundings is a three-story building from the 19th century. And the neighboring house at number 8, building 1 was designed by the famous Russian architect Alexander Meingard, one of the founders of the Moscow Architectural Society. There are no houses on the odd side; there is the Vodootvodny Canal, which, together with the Moskva River, forms the Balchug Island. And, by the way, Muscovites say phrases about their desire to live in Zamoskvorechye a lot and often.

Shades of gray and the modern classics: the house in the suburbs by the Italian...

A great house for a carefree old age in the United States, comfortable for all...

The shine and poverty of the monolith: why buyers are increasingly voting with the ruble...

How much does it cost to live on Kutuzovsky Prospekt?