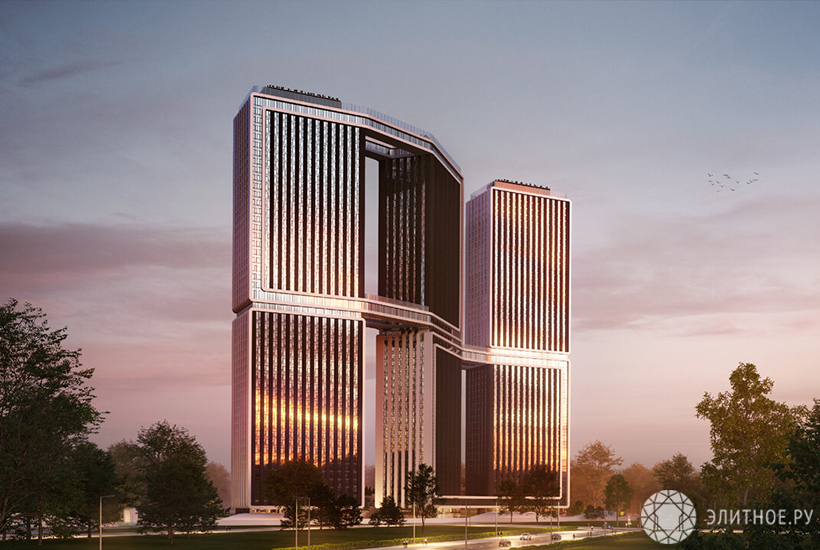 There are buildings that have been talked about for years, and even centuries. We will talk about five skyscrapers: four world and one Moscow

The first skyscraper, the Home Insurance Building (pictured below), was built in Chicago in 1885. And two hundred years later, people are still divided into admirers and antagonists of these structures. Skyscrapers have changed the usual way. The higher the buildings were built, the denser the development was, the more cars appeared, the less space was left for the townspeople.

We began to think about how to unload the streets: move things to high floors, build sky cities and sky bridges.

There is one curious American edition of 1908, King’s Dream of New York, about the city of the future. In his illustrations, buses ride higher than cars in a separate lane. The buildings are connected by bridges. The sky is “teeming” with airships. Funny pictures turned out to be visionary.

The idea of ​​being active at height captured the imagination of architects. There are already dozens of buildings in the world connected above the ground by bridges with various “fillings”.

The first in Manhattan

Two skyscrapers The American Copper Buildings (pictured below) were built in 2016. Buildings are residential. You can recognize them by the facades of copper, which has already begun to be covered with patina. Another sign of skyscrapers is a bridge between them at a height of 80 meters, 28 and 29 floors. 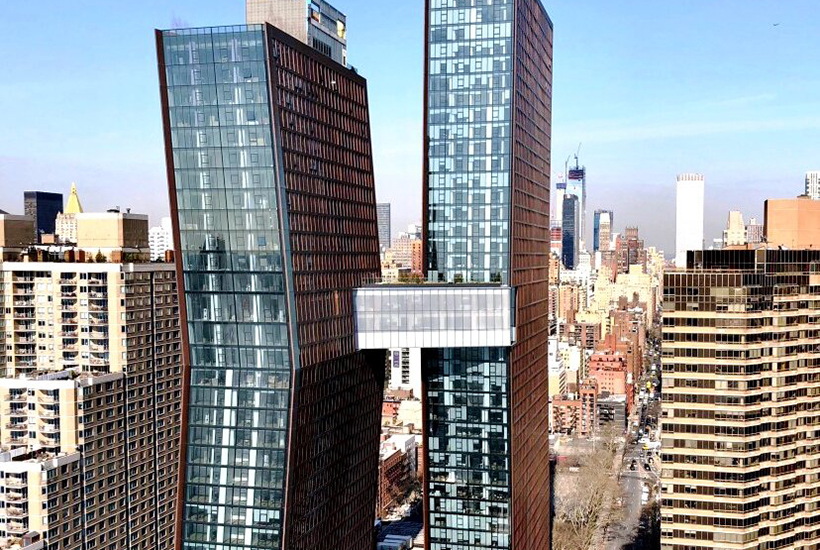 Imagine luxury: a high-rise pool in downtown New York, it takes up the entire level, and you have the second floor view lounge. And there is something to see around. The American Copper Buildings are located in the Murray Hill area, closer to the East River, so the views are open, watery. And from the opposite bank of the tower it is easy to recognize: they are tilted in different directions, as if, holding hands, are spinning in a dance.

A challenge to skyscrapers

If you want to understand the logic of New York, read the book by Rem Koolhaas New York outside of itself. As a protest against altitude fever, Koolhaas conceived the project in Beijing, co-authored with Ole Sherenen. CCTV Headquarters (pictured below) – the headquarters of China Central Television – did not compete with New York buildings in terms of the number of floors, but it impressed with its modernist volume.

The skyscraper was recognized as the best in Asia (2013), although it has 54 floors. At the level of the last two floors, the towers are connected by a sky bridge. There is also a transition at the bottom, but it is designed at an angle opposite to the top one. The towers are deployed and it seems that the bridge is suspended by unimaginable forces. 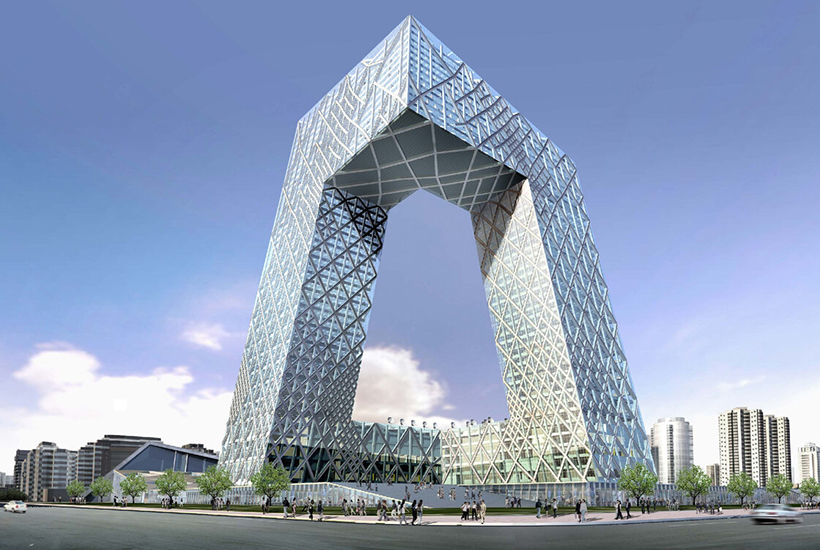 It is symbolic that the design began in the year when Asia overtook the West in terms of the number of skyscrapers built. But Europe does not lag behind China. One of the highest bridges connects the Munich Highlight Towers. Or rather, not one, but two bridges, and even 4-storey ones. They, according to the idea of ​​the architect Helmut Jan, can be disassembled and reassembled. This is an example of the modernist principle of less is more, which cannot be said about the Chinese “Crystal”.

Sagrada Família made of glass and steel

In 1908, two Americans flew to Gaudí in Barcelona: the hotelier Carlton and the president of the Macadhoo railway company. They flew in with a proposal to create the tallest skyscraper in New York, where they would open the Attraction Hotel. Gaudi even made some sketches, but the project did not materialize.

After 111 years, a skyscraper, equal in ambition to the Attraction, was built in the Chinese city of Chongqing. It also has a hotel, as well as residential apartments, offices, and a horizontal skyscraper.

The length of the sky bridge in Raffles City Chongqing (pictured above) is almost 300 m, at an altitude of 241 m. The complex was designed by Moshe Safdie, the “father” of the famous Marina Bay Hotel. “Crystal” has become one of the most complex projects for his bureau, it consists of 8 towers (!). And the sky bridge looks like part of a fantasy space station where astronauts could relax. There is a garden, an observation deck with a transparent bottom, as well as restaurants, a swimming pool and a hotel lobby.

READ:  Three new complex of Moscow where you can buy a house

For a Russian, this architecture seems cyclopean, and in Moscow there is no free site for such volumes. Therefore, they design more restrained. The first house in Moscow with sky bridges and a sky park is being built in Ramenki.

Jogging in the sky

The developer himself, Donstroy, calls the high-rise spaces a sky-bridge and a sky-park. Three 51-story buildings form 4 blocks of a business class complex under the Event brand (pictured below). 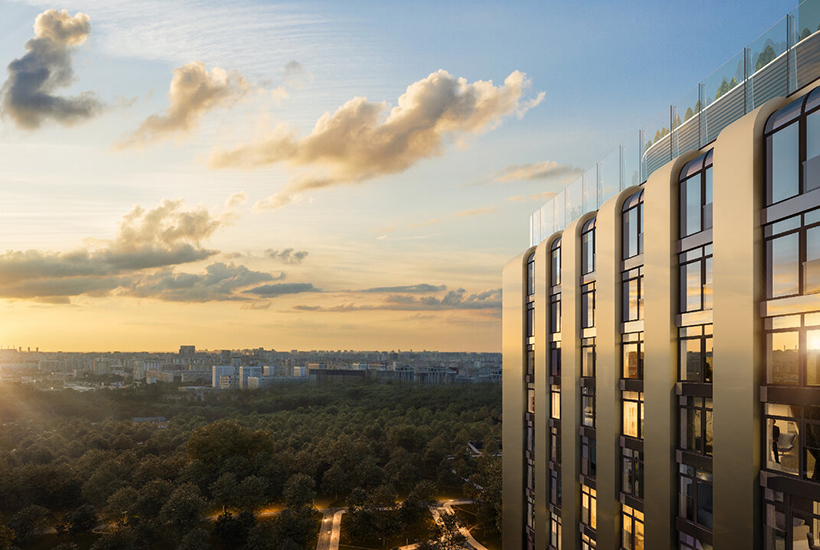 Philip Nikandrov, the head of the Gorproekt design institute, the author of the famous Evolution and Lakhta Center towers, was invited to create a volume that is complex in engineering. Sky-bridges will connect the towers at a height of 25-27 floors, and the sky-park will be laid out on the roof. Only residents of the high-rise complex will be able to visit these spaces.

On sky-bridges 72 meters above the ground, the developer has thought out recreation and work areas. Judging by the visualization, the place promises to be fashionable and emotional. Your heart will beat even faster in the sky-park, where you can not only contemplate Moscow all year round, but also train. We will know about the effect of running at 100 meters when the block is ready. 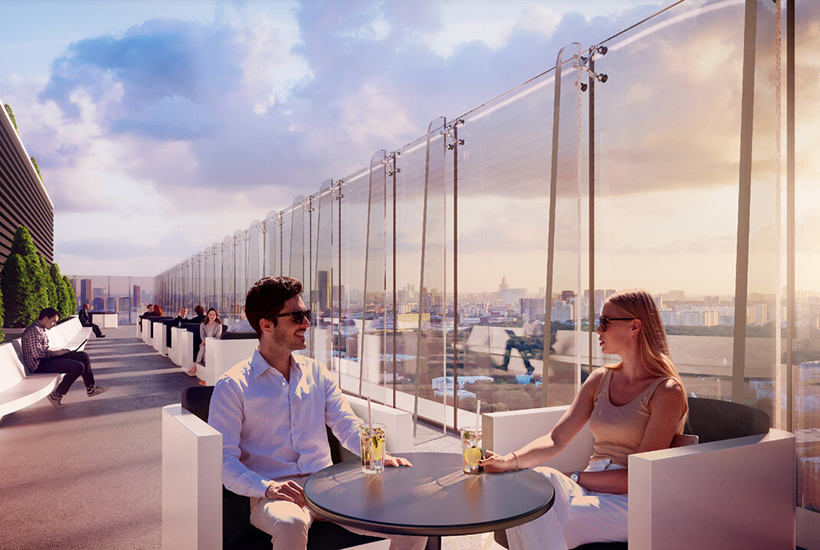 As expected, the skyscrapers “Event” are already being discussed and compared. While some are discussing, others are choosing layouts and booking apartments. And the footage in the project starts from the democratic 22.4 sq. meters.

The balance of nature and architecture: building with interesting ideas in Spain

As the rest of the designers: Villa in Ibiza