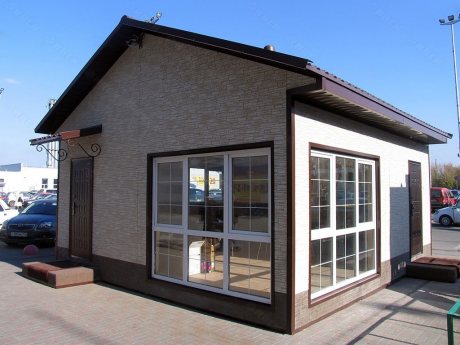 Despite the conservatism of the majority of Russians, some construction innovations quite successfully caught on the suburban real estate market. What are the main advantages has been the construction of prefabricated houses and what are the prospects of such technologies in Russia?

Advantages of prefabricated houses are quite numerous. These include greater speed of construction and its relatively low cost, cheapness of operation, low conductivity and high energy efficiency.

As told the Director General IdeaDom Alexander Myasoedov, high speed of construction is achieved thanks to the technology of urban frame. To avoid delays, each step laid out in detail. For example, while preparing the Foundation, the main frame of the house is already beginning to prepare for production. This high-tech, three-dimensional construction of wood and composite materials, I-beam or LVL-beams, the best membrane materials. Spans without additional supports in the project reach 12 meters.

According to Alexander Myasoedov, Russian lifetime frame house is 75 years, the warranty period of elimination of defects is 3 years. The individual material warranty up to 50 years.

On average, the entire cycle of building a house is from 90 to 150 days depending on the complexity of the design and use of finishing materials. For example, fiber cement panels KMEW come from Japan and they can wait for 2-3 months. But at the same time manufacturer’s warranty on this facade is up to 45 years. In the case of the device of ushp (insulated Swedish plate is a monolithic reinforced Foundation with integrated heating system) construction time is increased by a month.

According to the Director of Department of elite real estate “Metrium Groups” Ilya Melgunova, the main advantage of frame houses is the high speed of construction. Similar building thanks to light construction materials are collected on the site like the designer.

To build a house for a month or better in 14 days seemed to be impossible earlier, but thanks to new technologies in construction, which offer these companies, it becomes possible to move to a new house within one to one and a half months,said the head of Department of sales of the company Optiland Alex Odnoral. “You can also note the low cost of such construction and subsequent low cost of operation of these homes, which typically do not require the continuous updating of the facades, as in the case of a wooden house or a brick”, which finds the advantages of a top Manager. 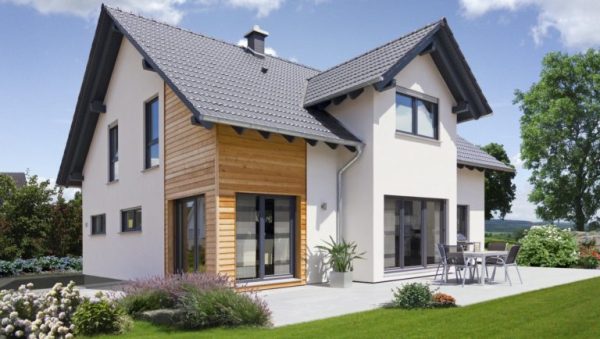 According to the Executive Director of SC “Sapsan” Dmitry Ivanov, the lightness of their frame constructions, prefabricated houses do not need major Foundation, and at their erection not required to wait for the shrinkage of the soil. All this allows to begin the alignment load-bearing walls, insulation and subsequent finishing works immediately after the construction works. Materials used in construction, have low conductivity and good ventilation properties, which ensure coolness in summer and heat retention in winter.

In addition, the low thermal conductivity of the materials will help to save on heating bills: the amount will be much lower than, for example, in the house of conventional brick. An additional advantage is the all-season nature of such construction, which does not depend on sources of water and air temperature, Alexey Odnoral.

In the end, timber-framed house can be built with just one brigade of four or five people, though without the use of lifting equipment, with emphasis Ilya Mogunov.

According to the Director of Department of residential real estate PennyLaneRealty Serveamerica at the elite country market prefabricated houses is not the most common technology. However, the exception is still there. For example, the half-timbered construction technology is quite simple and substantially reduces the period of construction of the house. In the luxury segment such objects there is a small but steady demand. So, at the beginning of 2017, the market was the premium class village with houses built on this technology.

Interesting in this sense and the home of world-famous developer “Honka”. Their technology is based on the simple principle of “do it yourself”, as in “IKEA”, says Sergey Kolosnitsyn. At least, this global brand began from a small family business. The owners grind the necessary parts, components of home, and sold kits with detailed instructions. Thus, they can be transported worldwide, which allowed “Honk” to open its representative offices in more than 50 countries around the world. The technology is simple, allows you to quickly build a house, and eventually ceased to be available from a financial point of view, the house “Honka” cheap you will not name. In addition, the developer is trying to build them in quite attractive locations. For example, now four objects are sold in the famous resort “Zavidovo”.

In addition, the increasing popularity in Russia in recent years is gaining and prefabricated houses using canadian technology. When stroitelstva homes first is assembled in a uniform design of the roof system,frame and floors. Then it comes the insulation and sheathing. Then the builders can proceed with installation of engineering systems. 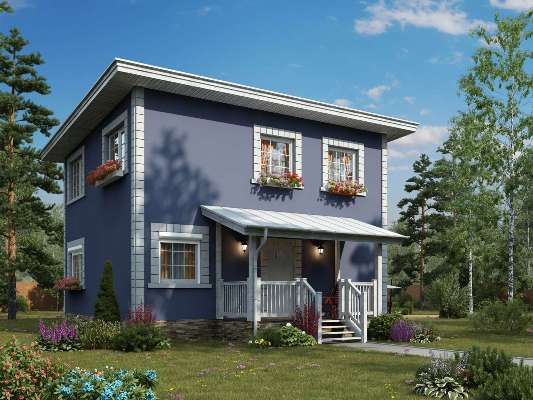 As a rule, pre-fabricated technologies involve the construction of standard buildings or “almost standard” houses with a small adaptation to customer requests, explains the General Director GK “Unseperatable” Arseniy Vasilyev.”It is the typification of elements allows, on the one hand, high-speed production and installation, on the other hand, lower prices of the finished project. In this respect, the use of projects based on precast concrete elements allows to obtain architectural variety based on a limited set of model elements. For an analogy, you can lead the designer of Lego: each element separately is typical, but each combination is unique. The same effect can be achieved in construction using concrete panels. Besides, now there are various kinds of decorative furnish of facades that provides a greater variety of ready — made houses”, – the expert emphasizes.

However, according to the head of marketing and advertising GK “Dawn” of Andrei haidukou on the market today uses a few different technologies that allow you to speed up the construction process. “For example, in the construction of its low-rise housing estate “Tomilino” and “Pushkar” we used aerated block Porikam own production. The main advantage of using porous block for us as the developer is able to optimize the cost of construction and transportation at the expense of own production, to reduce construction costs and in the end to keep the prices per square meter on a democratic level,” — said the expert.

READ:  How to conduct an audit of land purchased for construction?

In addition, the ceramic brick in volume is equal to 14 standard bricks, laid on the principle of “groove-ridge”. Specialists of GC “the Dawn” has estimated that due to the increased size of bricks in 35% less time on the walls, respectively, more than a third reduced flow rate of the solution.

Thermal conductivity, vapor permeability, high sound insulation —some of the advantages of the material for rapid construction. “In the end wall of the warm ceramics “breathe” and they excluded the formation of mould,” explains Andrei Gaidukov.

By estimates of Alexey Odnoral, today the share of demand for prefabricated timber frame houses is about 20% of the total demand for suburban housing. It has increased greatly in the time of economic crisis in Russia, when the market for classic country estate was the best of times.

In GK “Unseperatable” we believe that the demand for such houses will always be. While lower incomes and the transition of builders to the lending banks in case of refusal “dolevki”, he may even grow, because to build prefabricated housing in the suburbs will be cheaper than buying a Studio apartment in the city. By the way, if you remember the American or European experience, the scheme is about the same: a significant part of the population lives in suburbs in their own or rented model homes because such housing more affordable than city apartments. “The key question for our country is an undeveloped road and social structure. This is a serious problem that hinders the development of suburban areas for low-rise residential construction,” concluded Arseniy Vasilyev.

Alex Odnoral predicts that the prefabricated houses will take its market share and will be in demand because of its low cost. However, it is unlikely in the future on the suburban real estate market will be built only buildings. In the future a leading position in the segment of suburban real estate will continue to take the usual cottages made of durable materials, built on Standards and located in organized settlements with well-developed infrastructure.

Obviously, the new technologies of rapid construction of homes is very diverse and constantly evolving companies.Apparently, in the future, these homes will benefit from a stable demand. However, it should be mentioned that they have significant drawbacks. We will talk about them in the next review.

200 year old townhouse in new York got a new life

A great Christmas in red from Zara Home

Incredibly cozy house for regular life outside the city