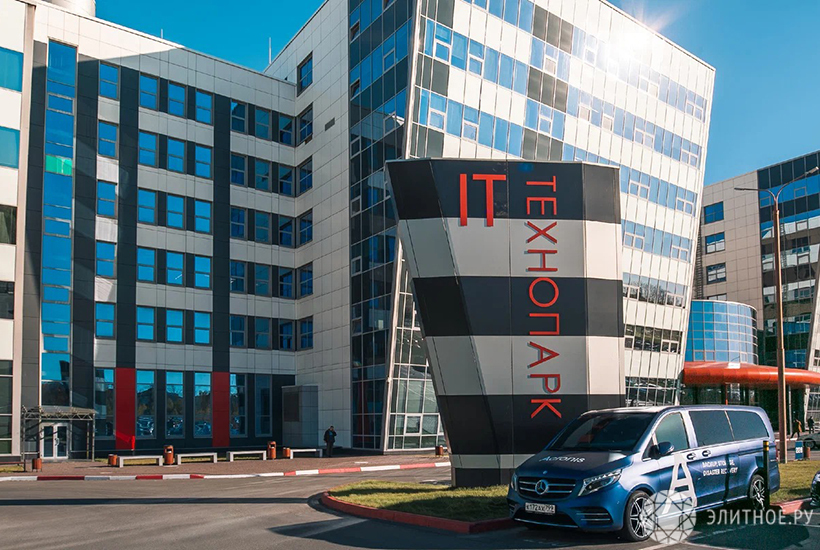 High-tech specialists are already working in the technopark, and then specialists in the field of high technologies will live in it

People of the same profession have always wanted to live next door. In the 15th and 16th centuries, clusters of artisans in Moscow were called settlements. Their specializations are well traced in the toponymy of the city: for example, Povarskaya Street, Goncharny Lane, Kozhevnicheskaya Embankment, Bolshoi Tolmachevsky Lane, etc.

With the advent of new professions, new professional enclaves appear on the city map. Today, in the north of the capital, there is the Fiztekh IT cluster (pictured above), where specialists in the field of high technologies work, and in the future will live.

At present, the first stage of the IT technopark has been built. Its tenants include companies involved in network security, data storage, smart homes and robotics: in the parking lot of the technopark you can often see young people walking robots. One of the largest tenants is the Moscow School of Programming, where children from 7-8 years old study. Most of the students of this school plan to enter the Moscow Institute of Physics and Technology in the future, and the institute is only 15 minutes walk from Phystechpark. 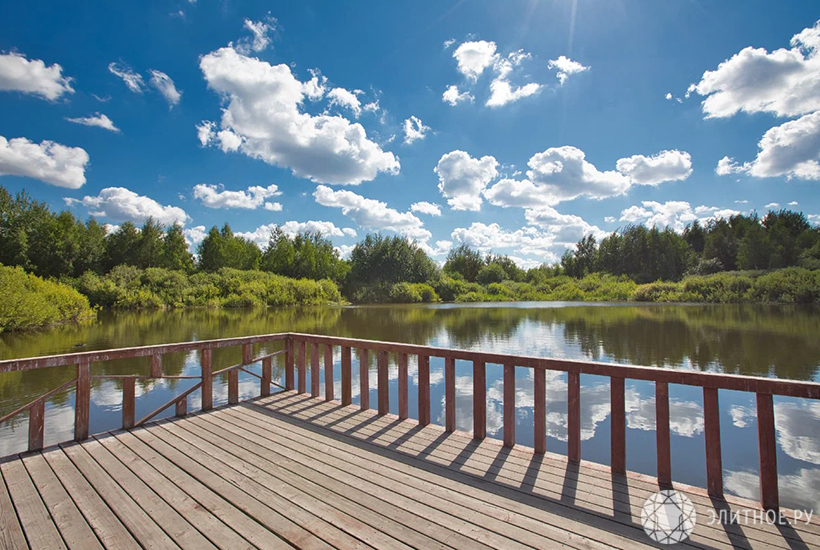 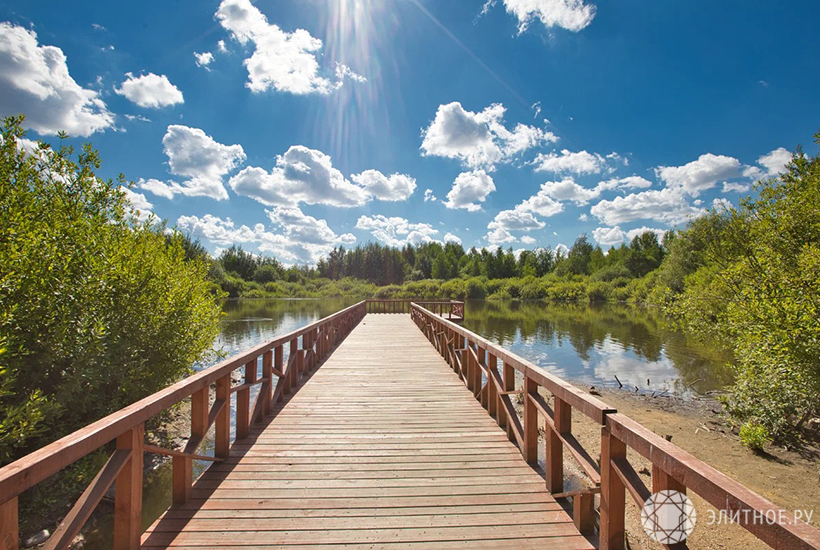 The technopark is surrounded by recreation areas: the Dolgie Prudy park (pictured above), the Dolgie Prudy and Severny nature reserves. However, the center of Moscow can be reached in just 35-40 minutes: 7-8 minutes on foot to the Novodachnaya MCD station, from where the train takes 27 minutes to Savelovsky station. And in 2023, the Fiztekh station of the Lyublinsko-Dmitrovskaya metro line will open near the technopark.

READ:  What the advantages of prefabricated homes?

The IT cluster project is being developed by Osnova Group of Companies. In the future, several more lines will be built in the technopark, and now the FiztekhCity apart-complex (pictured above) is being built here, which will include two 20-story sections standing on a common stylobate. There will be a parking lot in the underground part of the building, and on the first floors of the apart-complex there will be a supermarket, a cafe, a beauty salon, as well as a kindergarten for 55 children (pictured below), where a pool with sea water and salt caves will be built. 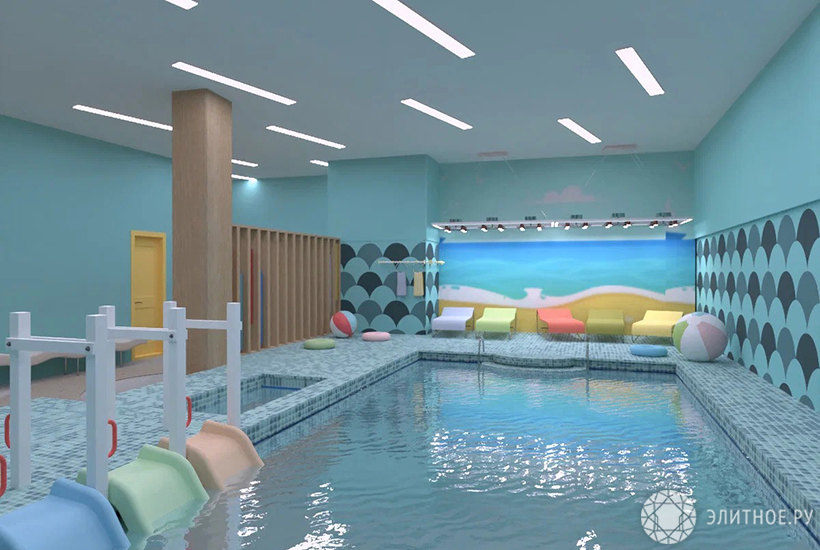 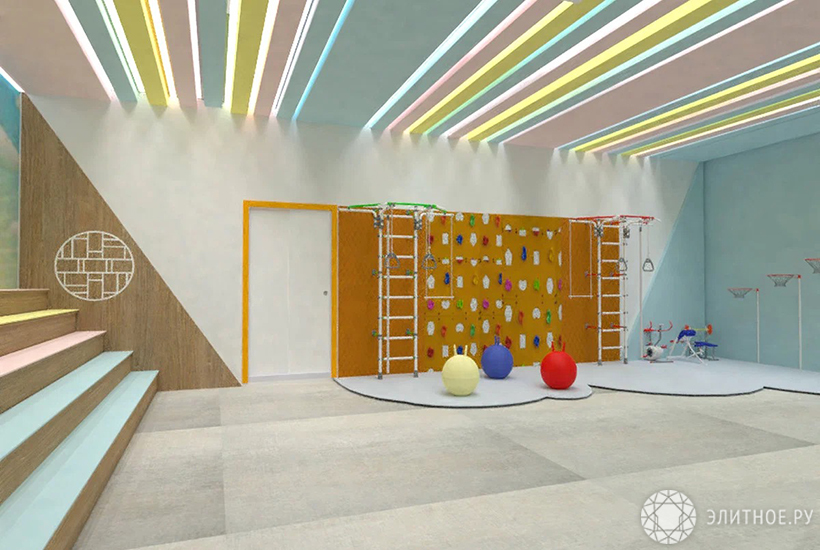 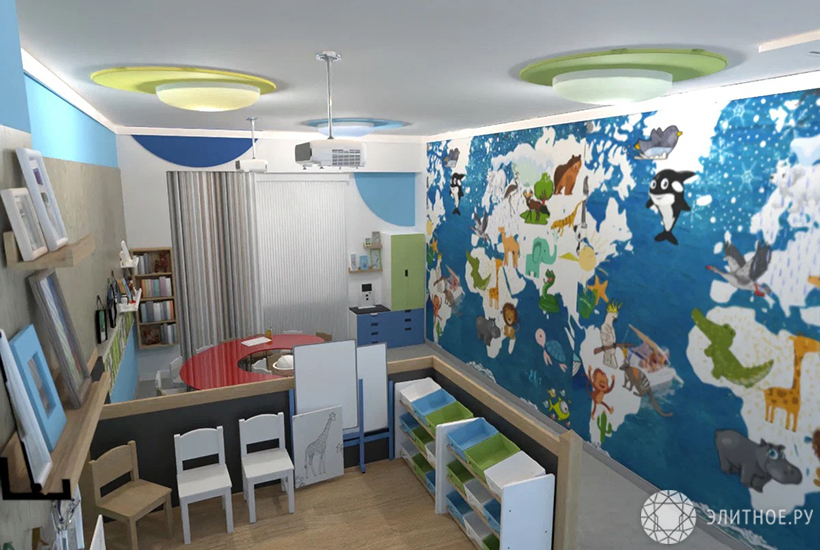 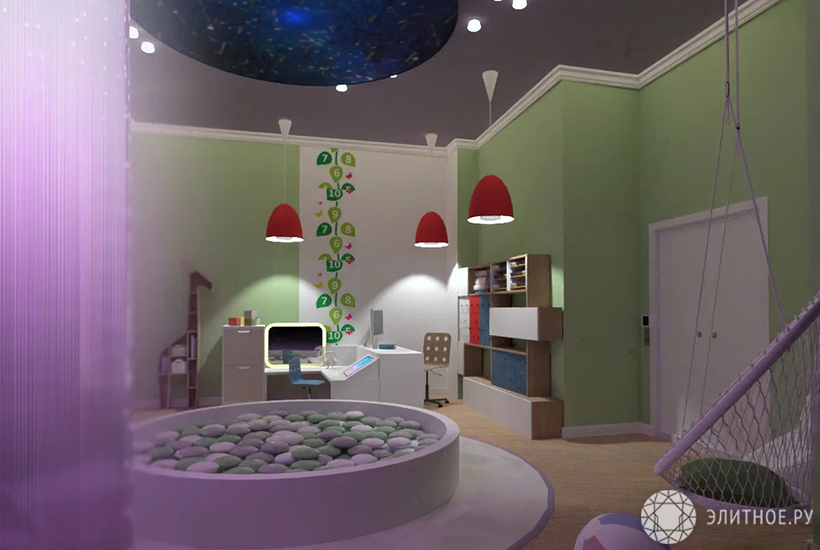 The first floors of Fiztekhpark will also be given over to infrastructure facilities. For example, a cafe and a fitness club are already operating in the constructed first stage. And all residents of the apart-complex will be provided with access to the infrastructure elements of the IT-cluster, regardless of whether they work in technopark resident companies or not.

In the courtyard of the complex there will be workout equipment, a playground, and a zone for rest and remote work, equipped with sun loungers and electrical outlets. Passage to both sections of “PhystechCity” will be through a common entrance group. Its lobby resembles the foyer of an expensive hotel: five-meter ceilings, reception, seating areas with upholstered furniture. There will be a separate storage room for strollers and bicycles. 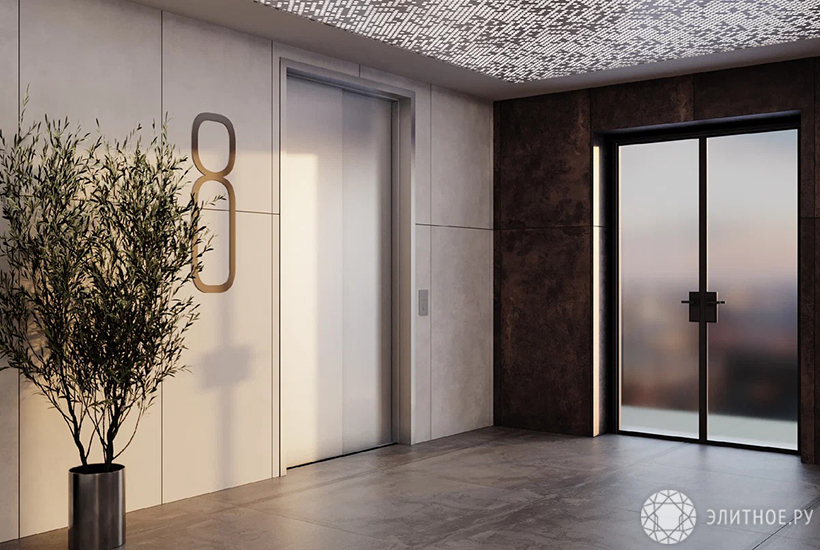 Only residents will be able to enter the elevator hall from the lobby. With the help of the “smart home” system integrated into the complex, access to the building will be carried out using Face ID technology, and a key card will be ordered for guests. Also, the “smart home” should monitor the lighting and microclimate in common areas (temperature, humidity and other parameters).

READ:  Designer bed from Gie El made of sculpted planks of oak

In total, there are 488 apartments in the FiztekhCity complex from Osnova Group of Companies ranging from 24 to 227 sq. m. meters. Ceiling height: from 2.97 to 3.17 meters. At the start of sales (in the spring of 2022), the most affordable lot is a studio with an area of ​​24 sq. meters – was sold for 5.6 million rubles. Today, these apartments are already worth 6.35 million.

But, most likely, prices will rise even after the opening of the Fiztekh metro station. Real estate located next to newly opened metro stations usually rises in price by 10-20% because of this. In addition, the cost traditionally increases following the stage of construction readiness. By the end of next year, the PhystechCity complex will be handed over to the state commission, and settlement will begin from the beginning of 2024.

Atmospheric dark interior of a mountain Chalet in Norway

Own color scheme for each floor: fancy Redstone hotel in Riga

“Euro-substitution” in elite new buildings, or China and Turkey will help us

Modern interior with a minimalist kitchen in Stockholm