The Dutch genius Theo Jansen (Theo Jansen) continues to develop his art and presents all the new kinetic sculptures created by the same design. Until September 30, his retrospective show at the Singapore’s ArtScience Museum.

Since 1990, the artist Theo Jansen creates Strandbeest – “beach animals”, able to move under the influence of the wind on the sand (on the beach strand – beach, beest – beast). From generation to generation, mechanisms are being improved: today they are quite complex structures capable of interacting with the environment, including reacting to changes in it. “The Beasts” Theo Jansen store wind energy, inflating the “stomach” consisting of plastic bottles, they are able to determine the type of soil that they walk around and throw out anchors if the wind blows too much. All this is possible for them without involving sophisticated electronics.

“Today in any area, there are few people who cross art and science as beautifully as Jansen has been doing for almost 30 years,” says Honor Harger, executive director of ArtScience Museum.

Jansen calls his objects “creatures” and “artificial forms of life.” When constructing them, the author used genetic algorithms that simulate the evolution of biological species.
Modular figures Strandbeest can be purchased for your own experiments. A small specimen consists of 120 parts, a crankshaft and a windmill. The assembly will take an hour and a half.

READ:  The Cliffs of Moher Reach 1 Million Visitors Every Year Since 2014 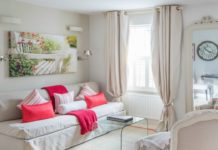 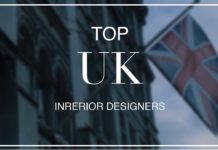 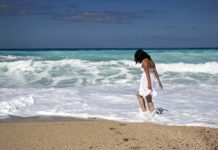 Ultimate Guide to Vienna’s Coffee Renaissance Packed in One Weekend