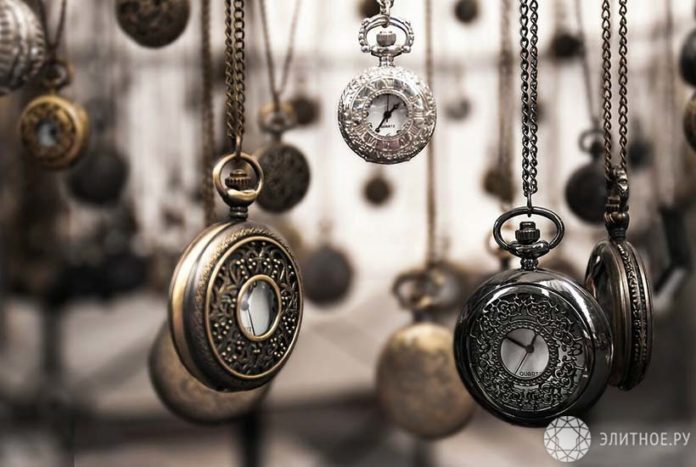 On Triumfalnaya Square there is the Peking Hotel, two theaters, the Aquarium Garden and the P. I. Tchaikovsky 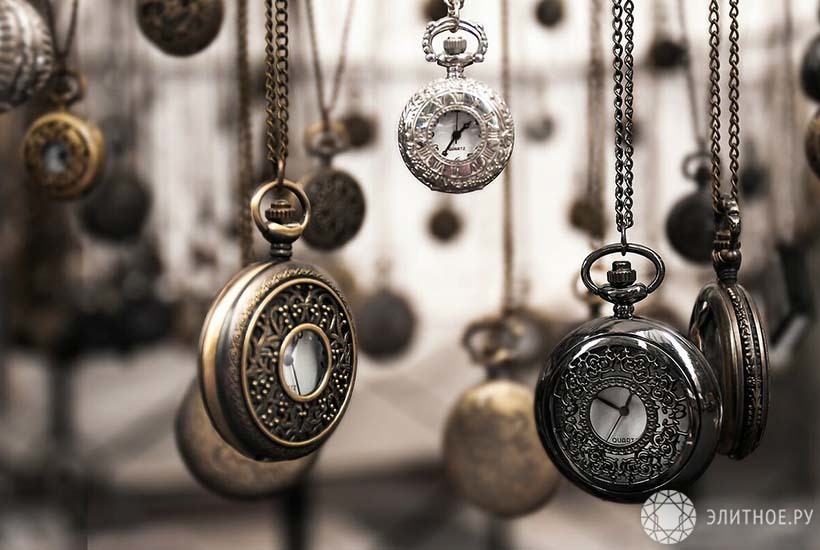 In Rome at the beginning of the 18th century, the young Handel, who is in his twenties, creates his first oratorio on the libretto of the cardinal, patron of the arts, Benedetto Pamphili. Oratorio characters: Beauty, Time, Pleasure and Disappointment. The conflict is simple: Beauty does not want to accept the power of Time. Isn't that how familiar it is to us?

We are desperately resisting time and desperately accelerating. But in one thing we can beat him: to do more. Moreover, we have begun to live longer: on average, two or three years of our earthly journey are added every ten years. And we manage to make more than one or two careers.

Successful citizens are easy to find in a big city. In Moscow – closer to Triumfalnaya Square (pictured below). It is the former Mayakovsky Square, where the Pekin Hotel, two theaters, the Aquarium garden and the Concert Hall are located. P.I. Tchaikovsky. There is no dispute about tastes and cultural codes, but they matter, including when choosing a property.

It is not easy to buy quality housing in the vicinity of Mayakovskaya. And it's not just about the high cost. A quarter of the proposals in the elite segment are represented by lots worth from 50 to 85 million rubles (according to analysts for the third quarter of 2021 from Kalinka Realty). The main problem is that the location in the vicinity of the Patriarchs is not being updated with new “brands”, and the number of apartments and apartments in the exposition of already known projects is counted in units. For example, on Malaya Bronnaya there are only three proposals left: a penthouse and two apartments. In the elite quarter “Beijing Gardens” (pictured above and below) the latest lots are now presented: five one-bedroom apartments, all species, on high floors. 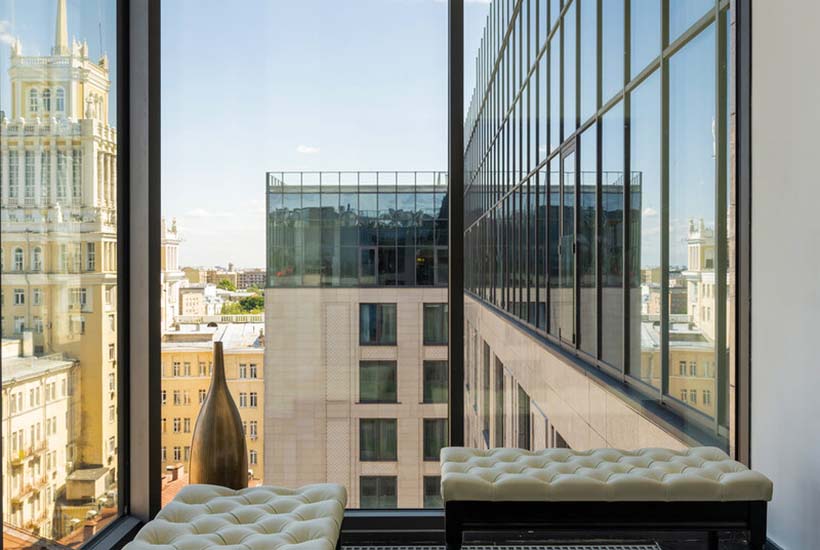 “Our project is already well known to the buyer of high-end real estate, and in the current economic turbulence”. demand for apartments remains consistently high. Thus, for the first nine months of 2021, sales growth in the Beijing Gardens quarter has already amounted to 17% compared to the same period last year. The project has a number of indisputable advantages: the facility is completely ready and functioning, after the transaction you can immediately start repairing, good value for proposals of this class and, of course, a good location of the complex (you can walk to the iconic city sights). In addition, we paid special attention to the residential environment of the quarter: it is cozy and pleasant to spend time here both in the courtyard and on our famous roof with trees and bushes. “Gardens of Beijing” fully justifies its name “, – comments the interest of buyers Ekaterina Batynkova, director of the sales department of GK” Hals-Development “, developer of the project” Gardens of Beijing “.

In summer, the main impression when visiting this elite house , built on the second line of Sadovaya-Kudrinskaya, does indeed produce lounge areas with a landscaped roof garden. At other times of the year, for a bourgeois mood, go down into the courtyard. 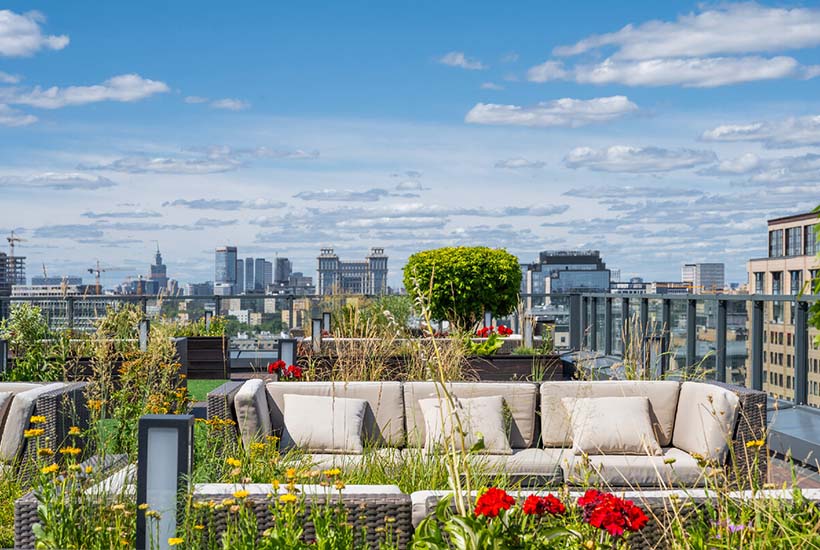 For those whose breakfast time does not depend on the time of day, Eggselent Café has become a favorite place in Beijing Gardens. We advise you to take note of it for those who have a working day and meetings at the active Mayakovskaya begin earlier than nine in the morning. The bo-bo lounge restaurant continues the gastronomic theme of the quarter. Its corner store is the main premium chain of the capital, Azbuka Vkusa Daily.

There are also two corners of independent Russian designers in the elite quarter. Post Meridiem was invented by two charming Yana: Plistkina and Tsygankova. The Ushatava brand has chosen the elite quarter as its second Moscow address after Petrovka. By the way, the brand was also invented and developed by friends: Alisa Ushakova and Nino Shamatava.

READ:  Price issue: how the pandemic affected the cost of residential interiors

Inspiring young and active women can be found among the residents of the quarter. Successful surroundings and the variety of each day suit them who have made their first millions and are ready to invest in real estate.

Not far from Triumfalnaya there are several high-class business clusters with a serious pool of tenants: this is Ducat Place on the neighboring Gashek street, on the other side of Tverskaya “White Square”, where not only the business center, but also restaurants, as well as neighboring ” White Gardens “. They are just a stone's throw from Europe's largest fashionable food mall “Depot” with dozens of restaurants and farm stalls.

Does the appearance match the content? Beijing Gardens is one of the examples of modern international architecture, it is understandable, expressive and functional. The uniqueness, without which the elite object cannot be, is added by the neighborhood not just with a historical building, but with one of the symbols of the era – the Peking Hotel. The laconic, even a little brutal plastic of the facades of the Peking Gardens quarter with dark green granite and ornamental decor, quite resonates with the energy of ambition, which is abundant in this part of the center of the capital. To triumph over time in a big city, you need to be in the right place and in the right company. Beijing Gardens is just such a place. 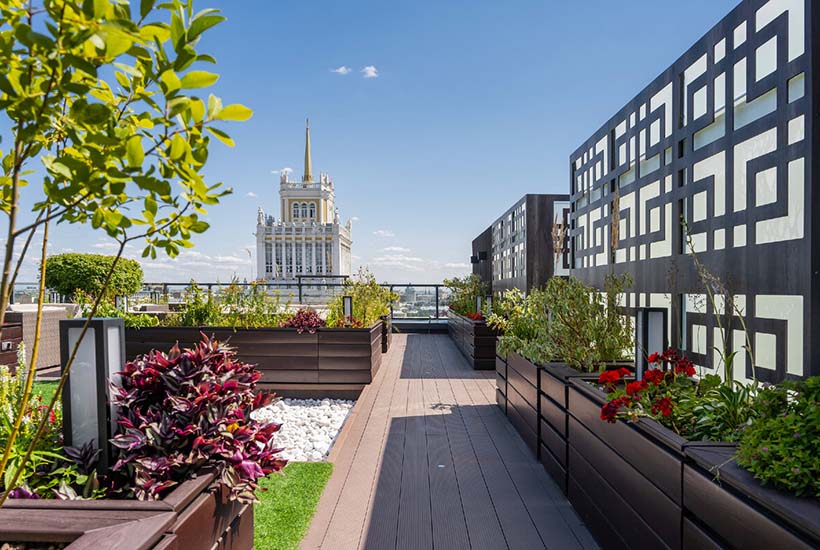 But there are only a few lots left. For example, an apartment with an area of ​​65 sq. meters costs 42 million rubles. The developer offers a layout with a spacious 20-meter bedroom and a 27-meter living area. It is very spacious not only for one, but also for a couple, and couples, by the way, are active buyers of apartments in the quarter. 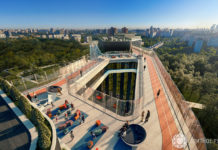 A treadmill on the roof, or why I bought an apartment in the residential complex “Event” 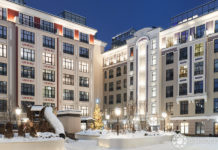 Premiere of the season: green performance on Povarskaya 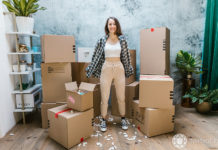