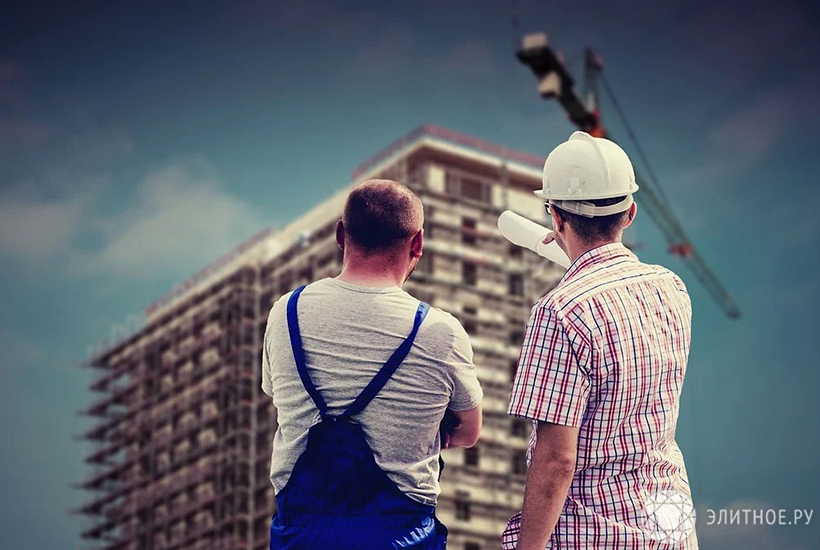 Eminent architects are leaving, and developers are looking for replacement equipment and materials, buying them for the future and not in a hurry with new projects

The expensive segment has always been less sensitive to external influences and crises. The same coronacrisis affected the market of elite new buildings in Moscow, mainly by a rise in prices and a delay in the supply of imported equipment and finishing materials, on which it is most dependent. According to the chief engineer of Woodstone Interior Tailors Pavel Luchshev, the closure of borders, the collapse of the ruble and the ruin of dozens of Portuguese, Spanish and Italian factories played a cruel joke on the price. Then the situation with the timing normalized, but even then the companies, where they could, reoriented to the local market. Now the situation is more serious, and an almost complete “European substitution” is required.

So, a number of well-known foreign bureaus left Russia. For example, Herzog & de Meuron, whose architects developed the concept of redevelopment of the territory of the Badaevsky plant. They created an unprecedented solution for Moscow with “floating” houses, installed on 188 columns 35 meters high. The project developer, Capital Group, started its implementation in February 2021.

The British bureau Zaha Hadid Architects also paused work in Russia, including on a complex jointly with the Krost concern, presented in 2021 at the Moscow Urban Forum. The cluster, which will be built within the Union Park quarter, includes a stylobate part with five skyscrapers up to 200 meters high. The towers are designed in a classic bureau style with bionic forms and elements of parametric architecture.

Another British bureau, David Chipperfield Architects, has stopped working in Russia. According to his project, the Vos'hod company is restoring the building of the Central Telegraph. There will be a facility with a shopping gallery, offices and public spaces. Work began at the end of 2021 (Badaevsky, Union Towers and Central Telegraph in the photo below). 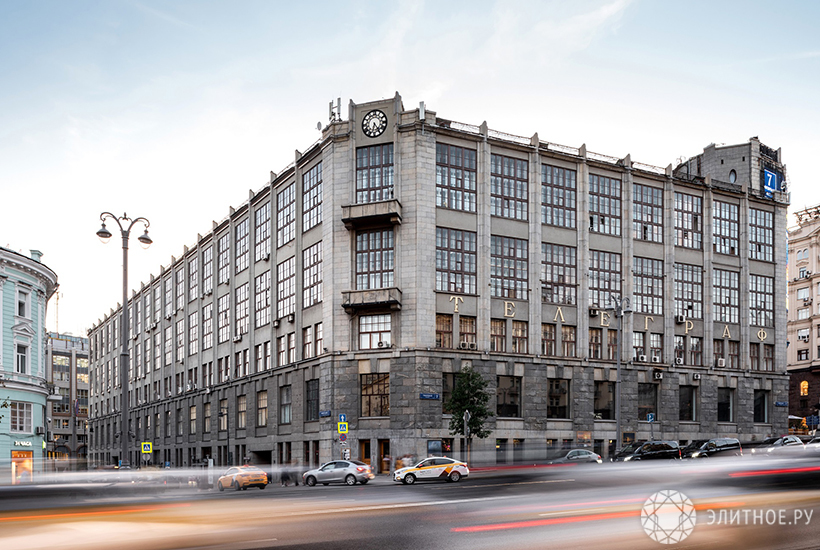 However, the involvement of eminent foreign architects, according to the Point Estate agency, does not greatly increase the attractiveness of the project, and collaborations with fashion houses, for example, Armani or Bulgari, make sense only if the company's first project is launched on the market. According to Pavel Treivas, managing partner of Point Estate, buyers now pay less attention to big names and more to specific characteristics of housing. Also, many cool domestic bureaus have appeared in the country.

The lack of electrical and elevator equipment

The situation is more complicated with engineering. A large amount of imported equipment is involved in power supply, air conditioning and ventilation systems. 90% of expensive housing developers buy wiring, modular electrical equipment and sockets from the French companies Legrand and Schneider Electric or the Swiss ABB. The last two have suspended deliveries, Legrand – not yet, but the prices for the company's products have already increased by 30%. 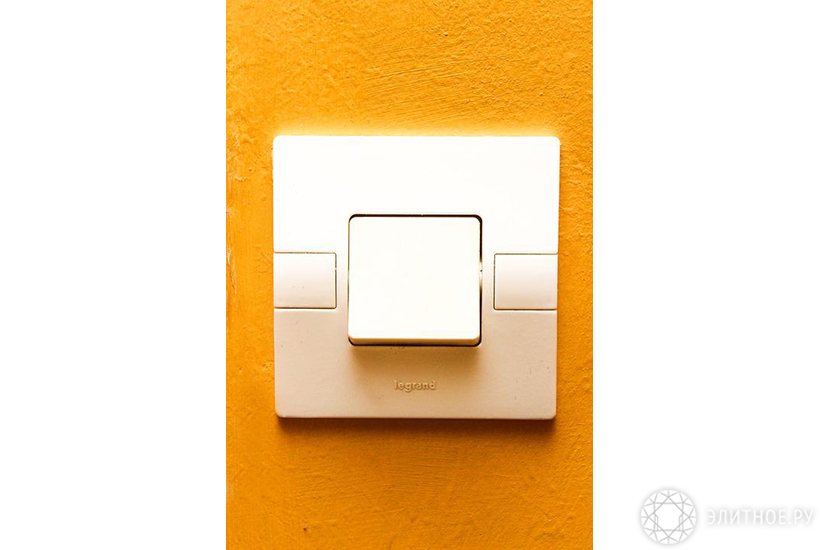 And the main drawback is the elevators. 13% of elevators in Russian new buildings, according to RBC, were brought from far abroad. All high-quality complexes are equipped with elevators of Western manufacturers: the American company Otis, the Finnish Kone, the German TK Elevator and the Swiss Schindler. Of these, only Schindler continues deliveries under already concluded contracts, installation and maintenance of elevator systems, but does not conclude new contracts. Developers also hope for elevator equipment from the Korean company Sigma, but it alone does not have enough production capacity for the entire Russian elite market.

READ:  Liar, liar. Why in the sale of apartments all lie to each other

China and Turkey will help us

Marina Zabolotneva, vice-president of the Ingrad company, said that it is not yet possible to replace imported equipment with Russian equipment in business-class complexes. “Where we had prepaid contracts, such as for Kone elevators, we were able to scratch out deliveries,” she explained. “Now we are doing what everyone else is doing: we are looking towards the products of China and Turkey.” In addition, the company is considering the possibility of self-assembly of equipment using large components from various suppliers.

The President of the Osnova group of companies, Alexander Ruchev, also noted that, first of all, Russian builders had difficulties with the supply of elevators, low-voltage and pumping systems. “However, our entrepreneurs,” the developer said, “went to China and discovered that there is life there too, and there is a very high-tech way of life.” And the elevators of Chinese enterprises are “even better than European ones.” But with the supply of products from China and Turkey, which is also actively participating in the “European substitution”, the logistics chains become longer: from one week to four to five weeks. In addition, Chinese and Turkish suppliers do not intend to localize their production in Russia. 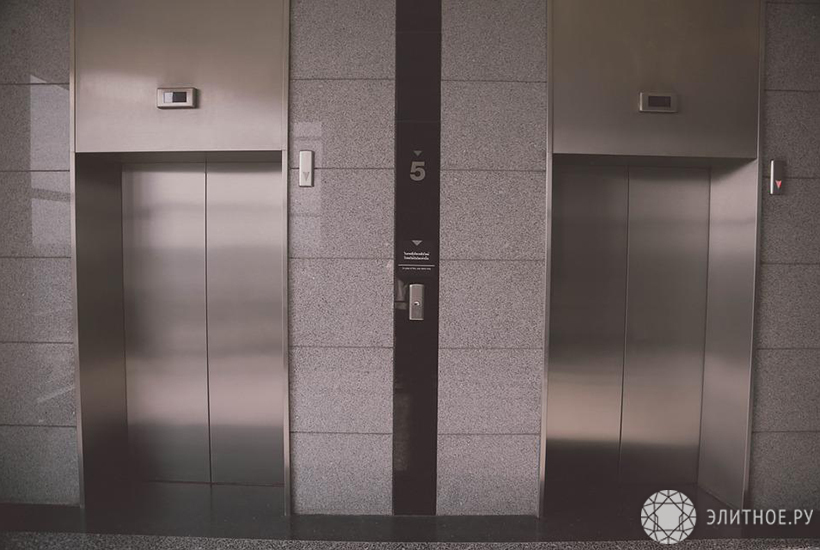 The FGC group of companies confirmed that the engineering equipment and finishing materials supplied by companies from France, Germany, Belgium, Italy and the Czech Republic were the most vulnerable to restrictions in the developer's business class complexes. The developer held about 300 negotiations with current and potential partners and selected comparable companies that would allow them to fulfill the declared level of project construction. According to Alexander Tkachenko, Vice-President, Director of the FGC Procurement Department, cooperation with Turkey and China will make it possible to maintain the high quality and pace of work as before. But logistics costs and delivery times will increase.

Procurement and suspension of new projects

While they are considering analogues, at the same time they are trying to buy for the future what is still available. Zhanna Makhova, head of the product group at MR Group, at the press conference “Will Premium Remain Premium?” said that for the Symphony 34 complex, all materials for finishing common areas, lobbies and the central lobby have been selected and ordered. Completely purchased Schindler elevator equipment. European manufacturers have been selected for finishing MOS and apartments, among which are Knauf, Schneider and Kerama Marazzi. Spain and France remain the leaders in the supply of finishing materials.

Some developers bought everything they needed in advance. So, in April, in the Red7 complex (pictured below), the Osnova Group of Companies began facing the facade with bricks. For this, more than 1 million hand-molded red bricks are used, which were baked at the German Deppe factory. All the bricks were brought to Moscow at the beginning of last year. The installation of stained-glass windows from the Belgian company Reynaers continues. Aluminum profiles for windows and fittings from a European manufacturer have already been ordered, and double-glazed windows are produced and assembled at Russian enterprises. By the end of April, more than 40% of materials and equipment for finishing public spaces and apartments were brought from Europe to the developer's warehouses in Moscow. These are porcelain tiles from the Italian manufacturer Emil Group, installations from the German manufacturer Tece and bathrooms from the German brand Bette. Almost the entire remaining volume of materials, including plumbing, tiles and engineered board for floors and walls of public spaces and apartments, were contracted.

READ:  A treadmill on the roof, or why I bought an apartment in the residential complex "Event"

But this applies to already launched projects, but the launch of new ones, in which it is really possible to assess whether the quality has suffered after replacement with more “closer” analogues, may be suspended. The increased cost of construction, the disruption of logistics supplies and fluctuations in the exchange rate do not give confidence to market participants. It will take time for developers to take full advantage of the scenarios already being discussed. Also, against the backdrop of economic instability, they are in no hurry to open sales in order to maintain the possibility of adjusting pricing policy. In the near future, we can expect a further increase in the shortage of supply that arose against the backdrop of rush demand last year.

According to the Savills agency, only 22% of the total housing projected by developers in the elite new buildings in Moscow remains for sale. Even with the current demand, this amount will be enough for no more than a year and a half – this is a record low figure. According to estimates by the Knight Frank Russia agency, for January-March 2022, there was a choice of 1.1 thousand apartments and suites with a total area of ​​161 thousand square meters. meters. During the year, the number of housing sales decreased by 49%. Since the beginning of the year, only three new club houses have come out, and sales have been suspended in one of the projects, but so far this is an isolated case. As supply decreases, demand also decreases. During the first quarter, 270 flats and apartments were bought, which is 30% less than a year earlier.

At the same time, buyers vote in rubles for projects in the final stage of readiness. They can be expected to have the declared European engineering systems and materials in full. According to Savills, in the first three months of the year, 58% of transactions took place in complexes that were more than 90% complete. In January-March 2020, this figure was 30%, in 2021 – 44%. Of the three projects that are leading in terms of sales in DDU for the first quarter, two are commissioned in the second half of this year (data from the Metrium company). These are “Golden” from Capital Group and Roza Rossa from KR Properties (both projects in the photo below), which accounted for more than a quarter of the sold space: 1.8 thousand out of 6.3 thousand square meters. meters. 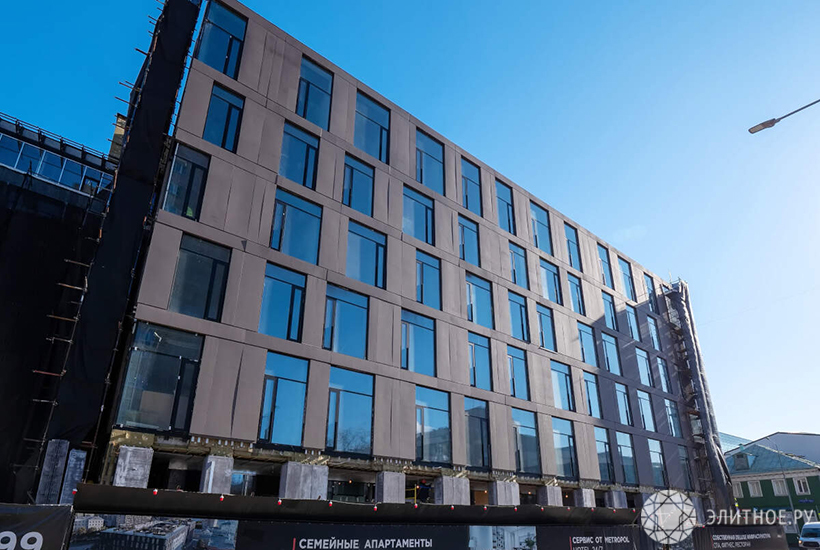 Moreover, in the expensive segment, options with finishing began to receive increased attention . The number of such requests has increased by a third in a year. At the same time, the largest developers of the Moscow region began to remove from sale housing with finishing in houses under construction. According to CIAN, as of May 2022, two companies completely stopped offering such apartments: Donstroy and Ingrad, and in terms of projects, AFI Development. Also, the proportion of housing with repairs at the Granel and Level Group companies has significantly decreased. In addition, developers began to increase the volume of white boxes instead of turnkey finishing, and the leader on the offer (PIK group of companies) refused to furnish.

The transformation of the old garage in a small cozy country house in the United...

Scandinavian apartment with soft interior and a small terrace (53 sqm)

Floral motifs and bold gamma: the interior of florist in London