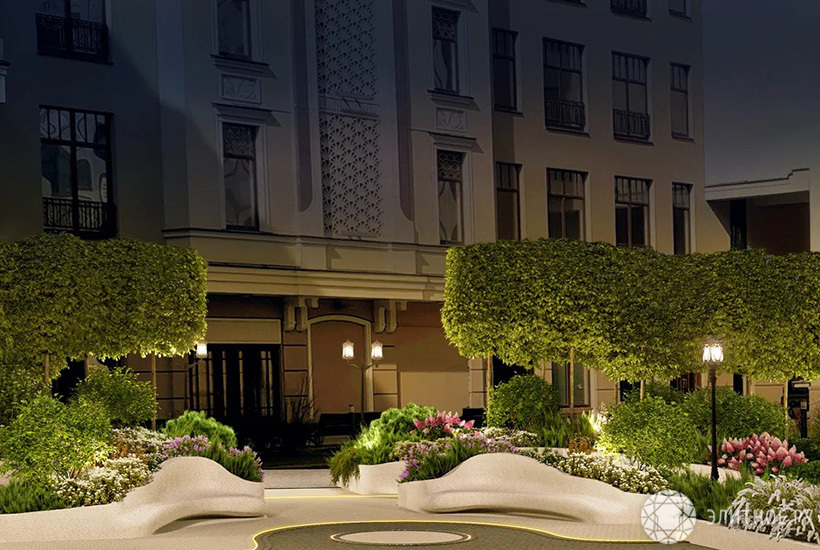 It is difficult to find a place for a full-fledged park in the center of large cities. Mini-parks or, as they are called in Europe, “pocket parks” (pocket parks) have become a saving solution for residents of megacities. The area of ​​these green oases, as a rule, is 1-2 thousand square meters. meters. Previously, on such a patch of land, they would simply plant a few trees or break a flower bed. But landscaping technologies do not stand still, and in modern mini-parks hundreds of plants grow in several tiers, performing functions unexpected for an ignorant person.

One of these technological parks was created in the courtyard of the Theater House complex, located on the Arbat, just 1 km from the Kremlin. Here on 987 sq. meters (about 10 acres) grows 914 different plants, 750 of which are trees and shrubs.

The author of the project, landscape designer Ilya Vasetsky, opened the veil of professional secrets of the Theater House park for us.

All the plants in this mini-park are placed in huge flower beds rising 70 cm above the level of paving stones. Done this is primarily in order to increase the layer of earth to 1 meter. It is impossible to plant plants without flower beds: in the underground part there is a parking lot for the residents of the complex, on the upper floor of which, in fact, the chamber garden is located. 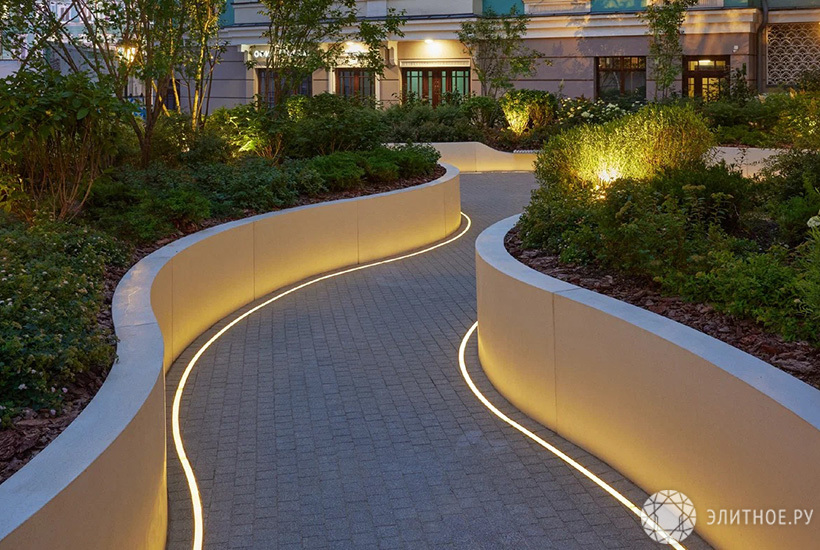 Green spaces raised above ground level and aesthetic reasons. So landscape designers brought them closer to human eyes. “Flowers and leaves of plants turned out to be at arm's length, and not somewhere under their feet,” explains Ilya Vasetsky. “It's a much more interesting angle, from which it's easier to communicate with nature.”

READ:  When the heat from only one view: 16 interior design with fireplace

The secrets of the tiers

The creators of the pocket-park distributed the plants over several levels in order to achieve the effect of expressiveness and fullness of space. As the main plant of the upper tier, the designers chose ginnal maple. A total of 30 trees were planted in the Theater House park. 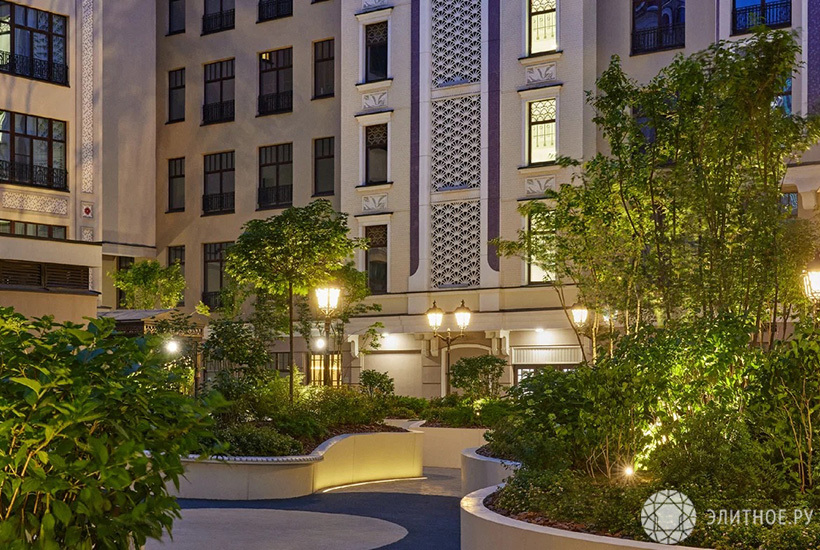 So far, their crowns do not touch each other, but in six months, Ilya Vasetsky explains, they will begin to coalesce into “green clouds”. “Clouds” will be located at a height of 3-7 meters from the ground and will hide people sitting in the garden from the view from the windows of the quarter. The park will become truly private. The crowns of the ginnal maple will hide the inhabitants from the city noise. The more densely they grow together, the greater silence will envelop the park of the Theater House.

The second tier – shrubs 1.5-2 meters high: viburnum bulldenezh, lilac, spindle tree and panicled hydrangea. And the third – plants up to 50 cm high: spireas, stefanander, junipers, various creeping plants. Both tiers are responsible for the continuous flowering of the garden. Lilacs and spireas bloom in May-June; lilac buldonezh – in the middle of summer; in July-August, hydrangeas bloom and keep their shape until winter. The park is shaded by conifers: 8 different species are used here. 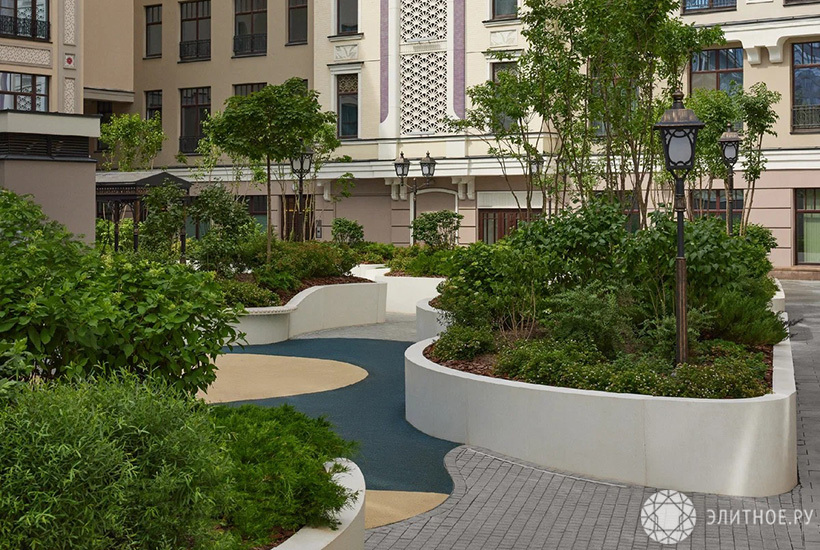 The lower tier has several additional features. For example, when creeping plants – stefanander and spirea – grow over time, they will begin to flow down the walls of the flower beds in green streams. scattered and did not stain the white walls of the flower beds. So far, this function is performed by pine bark, which covers the surface of the earth in flowerbeds.

Flowerbeds in the style of Antoni Gaudí

Especial attention should be paid to flowerbeds. They are made in streamlined forms, and benches in the style of Antonio Gaudí are attached to the outer sides. 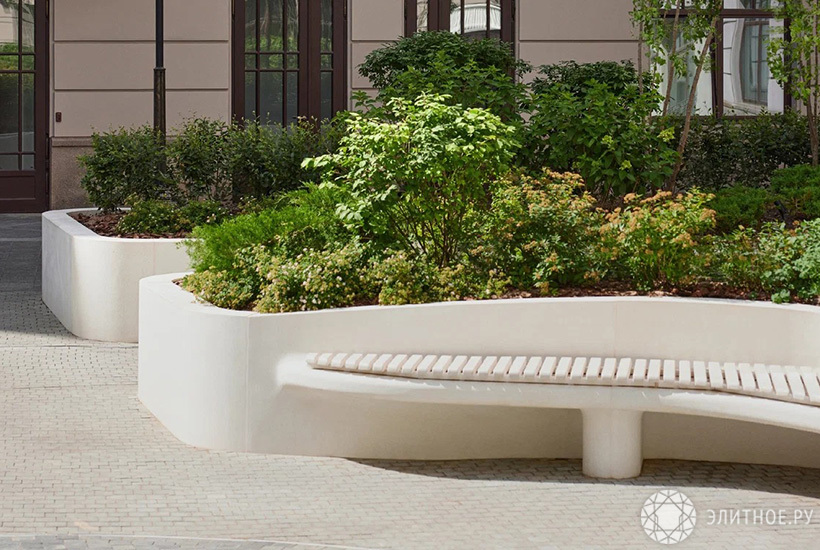 They, as well as other elements of the courtyard – cast-iron lanterns, children's play complex “Castle Laurentius” – the style echoes the design of the complex itself. The quarter includes a restored architectural monument of the late 19th century and new construction. The historical part is designed in neoclassical style, and the new building is stylized as Art Nouveau and decorated with decorative panels on the friezes.

Eclectic decor and atmosphere: the hotel Jardín Tropical in Tenerife